We'll just ignore the fact I won't ever be invited to The Met Gala. 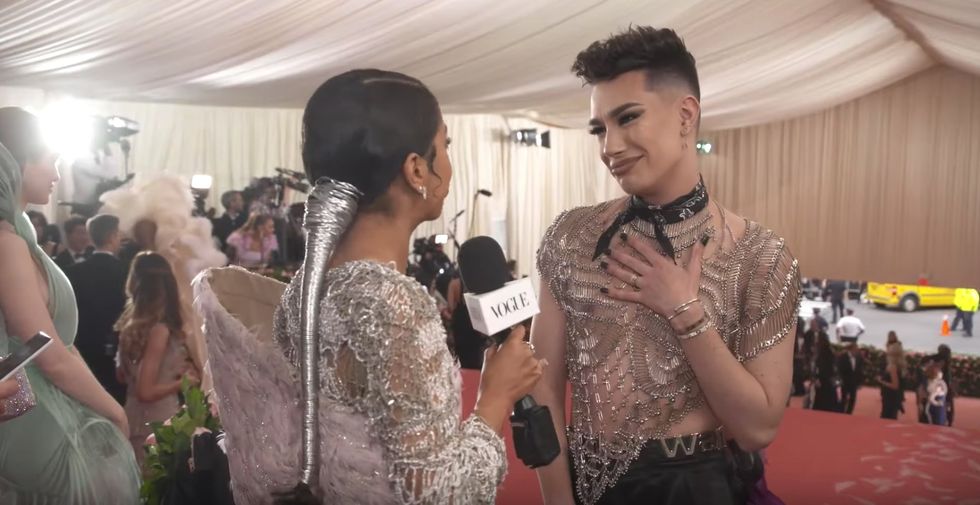 The 2019 Met Gala theme was 'Camp: Notes on Fashion'. The idea of Camp is to be outrageous, ironic or just plain humorous. So this wasn't the time for subtly. Let's start with the ugly.

I know, I know the burning question – RIHANNA? It hurts to say. But the Queen of the Met Gala, who kills it every year, was nowhere in sight and that was terribly painful.

Liam Hemsworth, also pains me to say, but the plain tux was not cute for Camp. We could've had emerald green accents to compliment Miley Cyrus' outfit. An emerald tie, emerald shoes, something Liam!

Kanye West didn't bother with a suit, which is forgivable in the case of Camp, but instead went with what's being reported as a $40 black Dickies jacket along with black pants and shoes. According to Kim Kardashian, he did this to let her be the star of the red carpet, but I mean, come on. It's the MET GALA.

Now onto the bad. To me, the bad are people who it is apparent they tried, but I know they could've popped off harder. My top three are James Charles, Harry Styles and Tracy Ellis Ross.

Again this is all painful, but starting with the co-chair of the Met Gala himself- Harry Styles. Now Harry looked good, as always, but he just wore a black jumpsuit with a partially see-through top. I know Harry could've gone harder!

Next is Tracy Ellis Ross. She wore a black dress with a golden frame around her head. Which again, there was effort, but there was nothing outrageous or crazy about the fit.

And lastly, James Charles. Unlike some of Twitter, I had no problem with YouTubers being invited to the Met Gala because they are making huge waves in our society. However, I did have a problem with James' outfit. Compared to his creative makeup looks and his Coachella outfits that are known to spark conversation. I know he could have done much better with this creative theme.

Now for the good! To me, good is people who nailed the theme and who killed the red carpet. My top three in this category are: Ciara, Jared Leto and Janelle Monae.

These people really brought the art with them, which was amazing and the put effort into every aspect of their looks.

Ciara wore an emerald green, sparkling full-length dress and had a huge afro with green eye makeup. The look was stunning and head turning. There was no subtly about it.

Jared Leto wore a red full-length robe that was decorated with silver jewels and he carried a wax figure of his own head. Very artistic and a little absurd, just the way Camp intended.

And Janelle Monae used a hot pink, black and white palette. With about five hats of different sizes on her head, a color block dress and facial features embedded into the dress and a purse that completed the face. It was out of the ordinary and super extra.

Lastly, here are some people who killed the Met Gala but they always do so there was no surprise. Here are my top two Met Gala royals: Zendaya and Lady Gaga.

Lady Gaga is usually the Queen of Camp in general. There was no way she wasn't going to kill the Met Gala. Gaga had four outfit changes, each outfit smaller than the last. Lady Gaga's look was stellar and even with less fabric she still achieved the head-turning fashion that is Camp.

Zendaya kills the Met Gala every year. She is always on theme and always looks amazing. This year she wore a Cinderella-inspired look complete with glass slippers and a Fairy Godbrother who used his wand to make a smoky transformation for Zendaya. In addition, Zendaya left a glass slipper behind and wore a pink dress to the after party. This also fell into the Camp theme for its extravagance and for the irony. Zendaya started with Disney Channel and just recently ended her partnership with Disney, she has been moving on to more adult roles in movies and TV shows.

These were my thoughts on the good, the bad and the ugly of the 2019 Met Gala.

From Your Site Articles
Related Articles Around the Web
celebrities
Report this Content
This article has not been reviewed by Odyssey HQ and solely reflects the ideas and opinions of the creator.

don't write off XXXTENTACION's death until you understand his story

Kobe, You Helped Shape Every Athlete And Fan Of This Generation, And We Already Miss You