2 Teams find their Quarterbacks of the future. 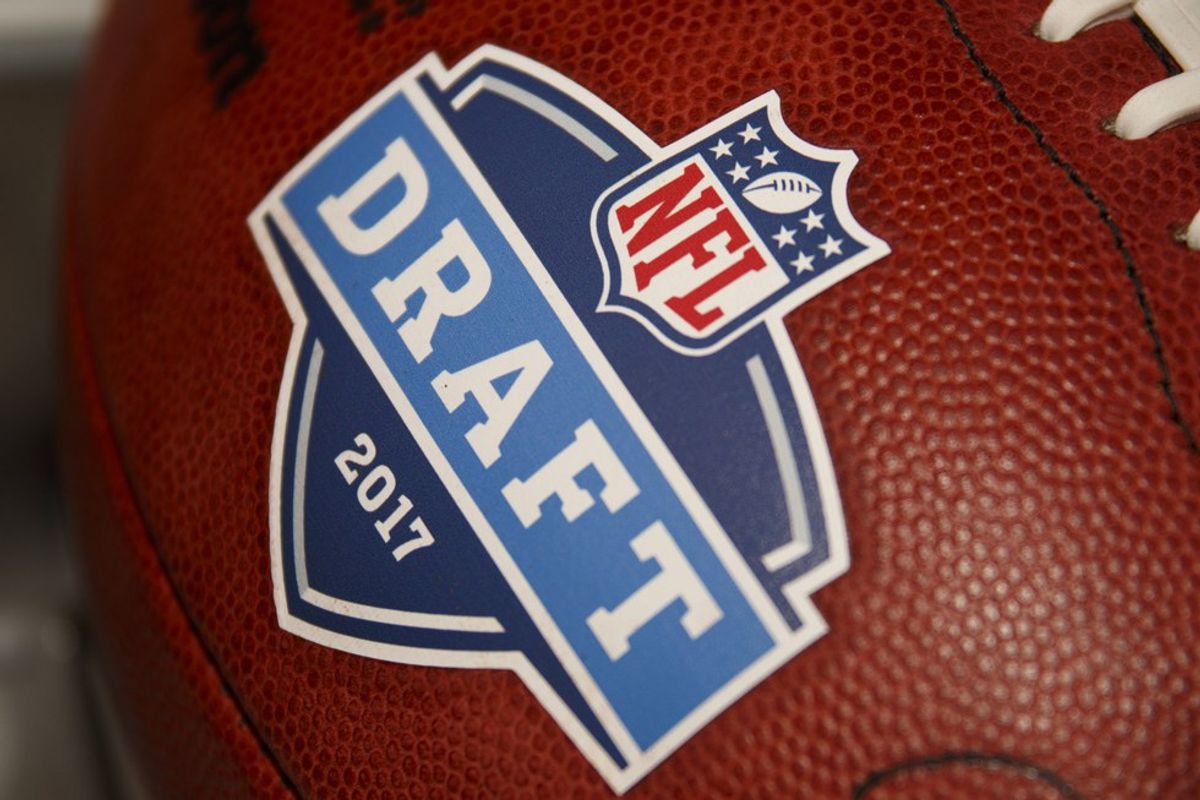 With one week to go in the 2016 NFL season, the 2017 NFL Draft order is starting to take shape. The Jaguars and Rams have fired their head coaches, with a couple more teams rumored to follow (Bills and 49ers). Numerous teams will be in the rebuilding phase this off season, so they need to hit it right with their draft picks.

The Browns have a lot of needs on their roster, so going with the best player available makes the most sense. It has also been reported that the Browns have an astronomical grade on Garrett.

Some mock drafts have the 49ers taking Defensive Ends or Line Backers here, but with potentially both a new coach and GM, drafting a quarterback to excite a pissed off 49ers fan base could really help the team out.

The Bears simply need a new face under center. Jay Cutler has sucked for too long in Chicago. A rookie QB could bring excitement to a team that has been lacking an exciting QB for a long time. This also ads a little fun to the 2017 NFL season, as the 49ers will play the Bears at some point. Kizer vs. Watson would be a great game to watch.

The Jaguars have spent numerous recent high draft picks on defense, so Allen could help bring their young defensive players together.

Their roster is starting to come together, but the Titans definitely need secondary help. There's little doubt they won't draft a CB or safety here.

Many people think the Jets will take a QB here since Fitzpatrick is clearly done. I don't think they go that route, especially since they spent a 2nd round pick on Christian Hackenberg last year. Age has caught up with Darrelle Revis, and the Jets could just use more secondary help. They go with a CB here.

The Chargers definitely need a replacement for Eric Weddle, and Jamal Adams has what it takes to be a leader in their secondary for years to come.

Foster can bring a lot of explosiveness and versatility to the Bengals defense.

The Panthers are a much better team when they have a strong run game. Johnathan Stewart can't stay healthy, so the Panthers need to add an incredibly talent at running back to their backfield.

Another CB goes off the board as the Browns try to find a #1 CB to add to their terrible secondary.

At first, this doesn't make much sense, but think about it. Larry Fitzgerald isn't getting any younger, and the Cardinals have a handful of receivers hitting the free agency. While they don't lack playmaking wide receivers, outside of Fitzgerald, they don't have a dominant receiver to pair with their phenomenal running back, David Johnson. The Cardinals take a WR here to help Palmer add some explosiveness to their offense.

Sammy Watkins can't stay healthy and isn't living up to draft expectations. The Bills should add a speedy receiver like Ross to help out their already high scoring offense.

A lot of mock drafts have the Colts taking Dalvin Cook here, which honestly doesn't make much sense. Yeah he's getting old, but Frank Gore has proven to be a very reliable back this season, and the Colts have far more pressing needs than running back. The Colts rank near the bottom of the NFL in sacks and QB pressures this season. With an offense that can hold their own in any shootout, the Colts need to give their defense a little assistance.

Plain and simply, the Saints have a terrible defense, and need all the help they can get. And in a division with Devonta Freeman and Tevin Colman tearing up defenses, along with Cam Newton and now Fournette, the Saints need a dynamic line backer to help them stop the run.

Rishard Matthews has enjoyed a great season in Tennessee, but the Titans need more help at WR. With Walker at TE and Murray and Henry at running back, the Titans could have a pretty potent offense in 2017.

Elvis Dumervil and Terrell Suggs are getting up there in age. It might help add a young player to the line who would be great at getting pressure on the QB.

The Buccaneers could definitely use more offensive weapons outside of Mike Evans. Adding Smith-Schuster to the mix could give the Bucs a very dynamic pair of receivers for Jameis Winston.

While thier offense could use some work, their defense is in win-now mode. Why not add another playmaker that could make their defense even better?

Hooker has very high potential that could give their secondary more help so Josh Norman doesn't have to do all the work.

The Packers' offense just isn't as scary as it once was. Their receivers are solid and Ty Montgomery is looking like an all around offensive weapon, but the Packers could use a true #1 tight end to add to their offensive arsenal.

The Dolphins are obviously now a team that can make it, if not compete in the post season. Their defense needs work if they plan on competing over the next few seasons. The first position the Dolphins should upgrade is cornerback, because Maxwell clearly isn't the answer.

Jason Pierre-Paul is on a one-year deal, so his possibly departure in the off season would leave the Giants a little . . . short-handed (pun definitely intended). Charlton looks like he has what it takes to be an NFL starter, so the Giants would be smart to grab him up at #23.

The Chiefs definitely have great playmakers in their secondary, but adding another starting quality CB to the mix would bolster their already dangerous secondary.

The Texans offensive line definitely needs work, so they need all the help they could get. Sure, the Texans could draft a QB since Osweiler was a colossal failure, but beefing up the o-line should be a higher priority.

Ndamukong Suh has never been truly replaced on the Lions's defensive line. Brantley would instantly upgrade the Lions' struggling defense.

I'd be surprised if they didn't go O-line here. Seattle's o-line is partly to blame for their up and down offensive performance this season. Seattle needs to add a dominant force to their o-line.

The Steelers could use some help at the pash rushing position. While McKinley isn't perfect, he is incredibly athletic and could beef up Pittsburgh's pass rush instantly.

Dan Quinn is a defensive-minded coach and would love to add a solid pass rusher to his defense. Atlanta's offense is incredibly potent, so now it's time to work on the other side of the ball.

Like the Falcons, the Raiders have a great offense, but they need work on defense. Jarrad Davis would be a great addition as a starter for Oakland.

Dallas needs help in its secondary, and Sidney Jones could be just the guy. Some of their players show promise, but Jones would be an instant upgrade over many of them.

With the trading of Chandler Jones, the Patriots lost any real force at the pass rushing position. Wormley would help add a disruptive force to the Patriots defense.