15 YA Books You Absolutely Must Read
Odyssey

15 YA Books You Absolutely Must Read 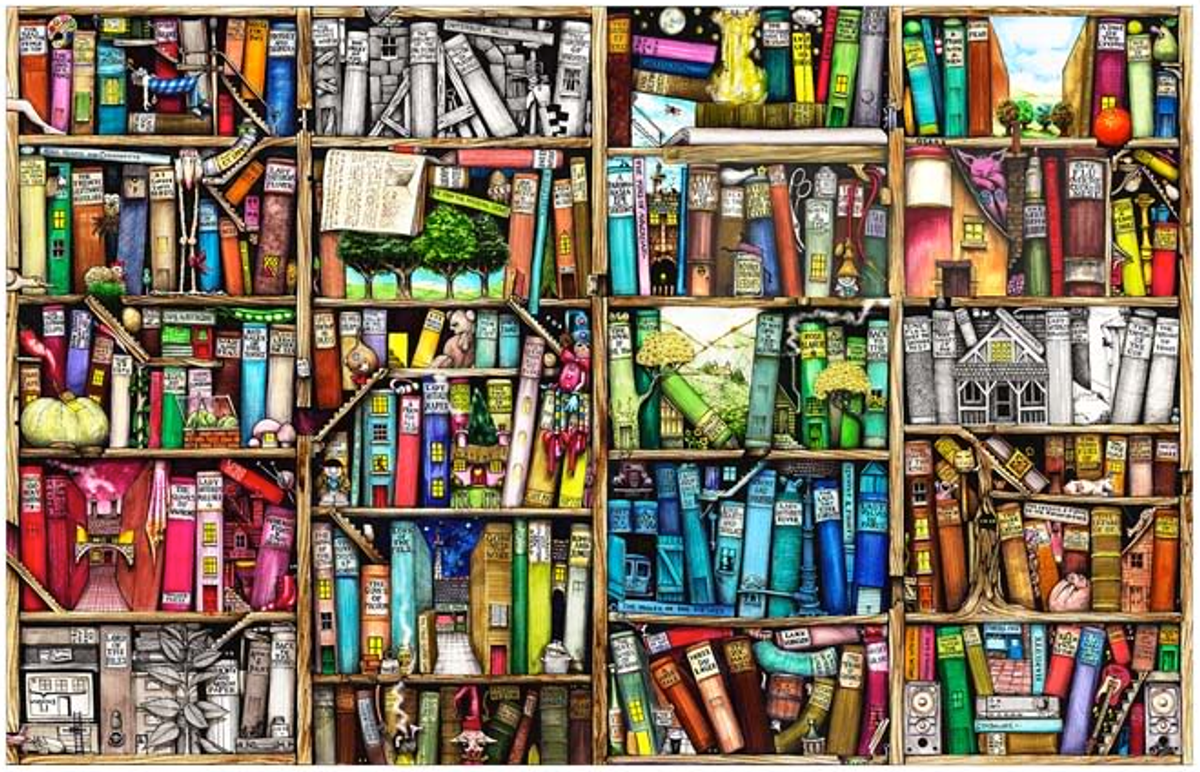 I love to read. Because I want to be a creative writer, I especially love reading young adult (YA) books. They’re a good source of inspiration, and I have amassed quite the collection over the years. I continually get asked for recommendations, so I decided to compile a list of my top 15 favorite YA books with a summary of what the book is about. Enjoy!

This is by far my favorite book. It’s one of the books that inspired me to become a writer, and turned my best friend into a reader.

Anna and her best friend Frankie spend 10 days in Zanzibar Bay. Frankie believes that if they meet one boy every day, Anna will find the perfect boy to have her first summer romance with. The problem? Anna's already had the summer romance..with Matt, Frankie's older brother, just before his sudden death one year ago.

2. "My Life Next Door" by Huntley Fitzpatrick

The Garretts and Reeds are polar opposites. Where the Reeds are quiet and well-kept, the Garretts are loud and messy. Since the day they moved in, Samantha Reed has watched them from her balcony, wishing that she could become apart of her family. One summer evening, Jase Garrett climbs her balcony and changes her whole life.

Kirby Matheson walks into his school on a seemingly normal day and opens fire in his gymnasium, killing six and injuring five. This is not only Kirby's story, it's seventeen stories from the perspectives of the victims, their family members, and friends.

Reena Montero and Sawyer LeGrande fall into a messy and complicated love. A couple of months into their relationship, he skips town and leaves Reena pregnant and devastated. Three years later, he comes back and expects to be apart of Reena and their daughter's life, but Reena has gotten used to life without Sawyer and wants nothing to do with him.

After Molly Barlow's mom writes a book detailing Molly's romantic life with her boyfriend and sex life/affair with her boyfriend's older brother, Molly escapes the town's ridicule by attending a remote boarding school in another state. A year later, her mom forces her to return home before she goes to college, and she has to face the love of her life and the boy she left him for.

6. "This Is What Happy Looks Like" by Jennifer E. Smith

Graham Larkin and Ellie O'Neill strike up a conversation when he accidentally emails her about his pet pig, Wilbur. Deciding to omit personal details, Ellie doesn't know that Graham is a famous actor, and Graham doesn't know Ellie's complicated family tree. When Graham's movie is relocated to Ellie's small town, their relationship moves from online to in-person, they find out each other's secrets.

7. "Before I Fall" by Lauren Oliver

Samantha Kingston is the token popular girl. She has everything..until she dies in a freak accident on Friday, February 12. She is forced to relive the day of her death seven times as she untangles the mystery surrounding it.

8. "The Future of Us" by Jay Asher and Carolyn Mackler

It's 1996. Josh receives a free AOL CD in the mail, and even though Josh had a falling out with his best friend, Emma, his mom makes him bring the CD to her so she can download it on their computer. When they sign on, Facebook is open on the screen. But Facebook wasn't invented until 2004. And now they're looking at the profiles of themselves fifteen years in the future.

9. "Anna and the French Kiss" by Stephanie Perkins

Anna is looking forward to her senior year in Atlanta, until her parents ship her out to boarding school in Paris. She's all for spending a year sulking -
until she meets Étienne St. Clair, a boy with everything..including a girlfriend.

10. "Lola and the Boy Next Door" by Stephanie Perkins

Lola Nolan loves zany and eccentric costumes. Her wardrobe consists of wigs, tutus, sparkles, and every color in the rainbow. Everything is perfect in her life, until twins Cricket and Calliope Bell return to the neighborhood.

(This book isn't necessarily a sequel to Anna, but I recommend reading 10-12 in order because they have recurring characters and plots that are important)

11. "Isla and the Happily Ever After" by Stephanie Perkins

Isla has had a crush on Josh since starting at the School of America in Paris. After a chance encounter in Manhattan over break, the relationship she wants may be closer than it seems. As their senior year in France starts, Isla and Josh must admit if the rising challenges in their relationship are worth staying together for.

When Lara Jean has a crush on a boy, she writes a letter to them. However, she never sends it, and instead keeps the letter tucked away in her hat box. When the hat box mysteriously disappears, and the letters get mailed to the recipients, Lara Jean has to confront her past and the boys who were apart of it. (While I really enjoyed this book, I hated the sequel. It was poorly written, and you really shouldn't waste your time on it.)

13. "The Beginning of Everything" by Robyn Schneider

Ezra Faulkner has everything. He's varsity captain of the tennis team, a shoo-in to be homecoming king, and has a beautiful girlfriend. Then he gets in a car accident that shatters his leg, his girlfriend cheats on him, and he's isolated from his previous friend group. He thought that he lost everything, but that's before he meets the unpredictable new girl, Cassidy Thorpe.

15. "Along for the Ride" by Sarah Dessen

Auden hasn't slept since her parents' divorce. She is forced to spend the summer with her dad and his new family - including her young step-mom and new baby sister. She starts working at her step-mom's shop and begins to befriend the workers. Since she wanted to be the perfect daughter for her mom, she missed out on the world of girls, and is excited to be introduced to it. Then she meets Eli, a fellow insomniac, and they explore the nocturnal world of this unfamiliar town together. Both seek different things: Auden hopes to experience the carefree life her mother deprived her from, and Eli hopes to accept the guilt he has from his friend's death.

Kassie Hsu
Baylor University
2533
Panda Whale
Here are 100 things I'd rather to than study. I know the semester just started, but
Featured