The Year of the LION! 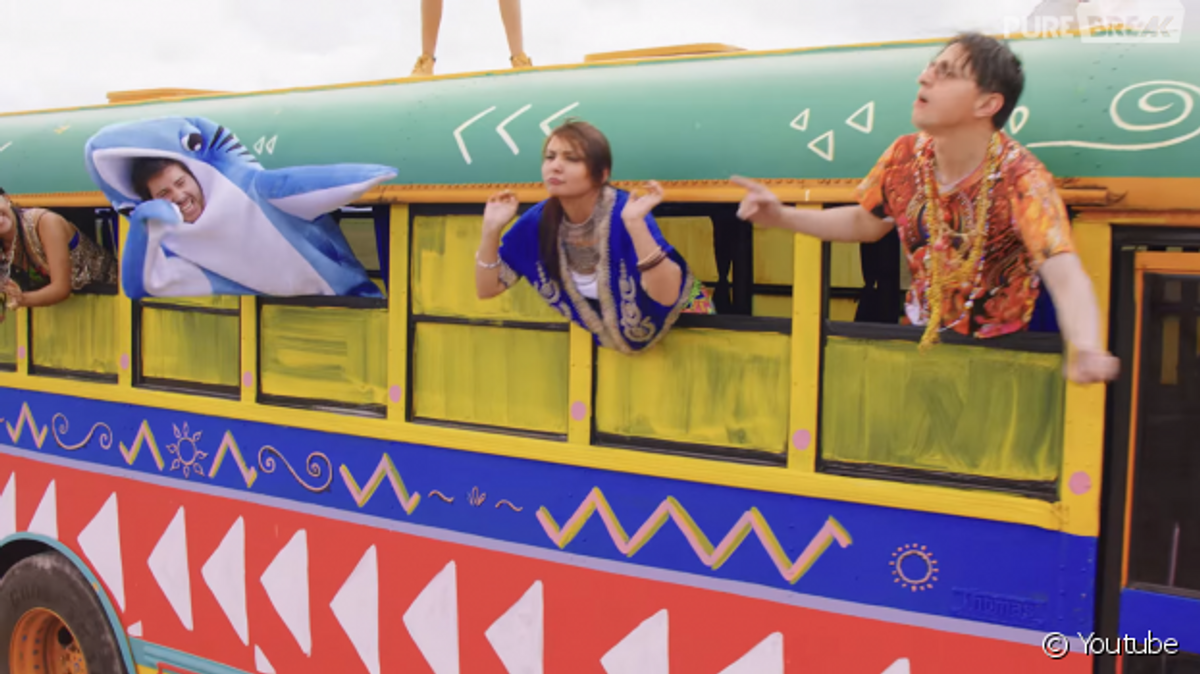 I've heard a million terrible quotes about why I should be moving forward rather than looking towards the past, but honestly that's rubbish. 2015 was a year that was filled with far too many ridiculous moments to forget this quickly. Tom Brady was revealed to have a deflation problem, Brian Williams was revealed to be a lying news reporter instead of an exciting person, and celebrity Donald Trump began his highly controversial political campaign (toupee, or not toupee.That is the question). These are only three of the least exciting headlines in our country this previous year; let's see what else happened:

During the half-time show for the Super Bowl XLIX these two carnivorous "krumpers" took the stage behind Katy Perry and absolutely stole the show. Two days later the shark on Katy Perry's left revealed himself to be dancer Bryan Gaw.


But really, what kind of dance is this even? It's like Helen Keller attempting to do the YMCA jig in braille.

After 22 seasons and 22 years David Letterman finally hung up his coat as the host of the Late show, passing the reigns along to Stephen Colbert. On his first episode Colbert said, "So for the record, I am not replacing David Letterman. His creative legacy is a high pencil mark on a doorframe that we all have to measure ourselves against." Jimmy Fallon also took over The Tonight Show which has previously been hosted by Jay Leno, Conan O'Brien, and Johnny Carson among others.

That may look like a drunk homeless man applauding because he hasn't gotten kicked out of the theater yet– but it's actually Shia Labeouf watching all of his films while being streamed over the internet. Not sure which would be weirder, but then again, Shia has turned himself into the weirdest celebrity/performance artist over the past year. From telling Jimmy Kimmel his wild drunken tale about getting arrested at a cabaret, pulling his own tooth out for a role in Fury, and all his intoxication arrests this has really been the Year Of The Shia.

In the second Back to The Future Marty McFly, his girlfriend Jennifer Parker, and Doc Brown traveled forward to October 21, 2015. Jimmy Kimmel and the crew of Jimmy Kimmel Live! organized a reunion of actors Michael J. Fox and Christopher Lloyd for a reenactment of the moment that they arrive in the year 2015. Doc Brown was thrilled with the capabilities of the smartphone until Kimmel revealed, "mainly we use it to send little smiley faces to each other, pictures of eggplants. That sort of thing."

When the Hotline Bling music video debuted people were more infatuated with Drake's hilarious granny dance moves than the song itself. Spoofs on the dance have been performed by countless YouTubers as well as The Donald on SNL. Drake also released an impressive video of himself practicing his tennis game.

Major Lazer and DJ Snake had the most viewed video of 2015 with 985,349,993 views. Produced by Snake and Lazer and written by MØ, this dance track is a part of Major Lazer's third studio album Peace Is The Mission. To put 985 million into perspective, that's the same as every single U.S. citizen watching the video three times. That's a lot of views.

It's easy to focus on the negative during a time of tragedy such as the Paris attacks in November. However, just days after the attacks a Muslim man blindfolded himself and placed signs on the ground saying, "I trust you, do you trust me? If yes, hug me." A lot of crazy things happened in 2015, it's nice to see a few acts of humanity in the midst of tragedy.

In 2015 the images that NASA's New Horizons probe sent back of Pluto went viral. It was the first time that we've had high resolution images of the dwarf planet, and they were spectacular. She may not be considered a normal planet anymore, but at least we know what she looks like now. In 2015 NASA confirmed evidence of water on mars, put Dawn into orbit around a dwarf planet(Ceres) for the first time, and they even found Earth's long lost cousin! 2015 was certainly an out of this world year for NASA.