13 Reasons Why Baseball Is The Best Summer Sport
Odyssey

13 Reasons Why Baseball Is The Best Summer Sport

Or the best sport any time of year. 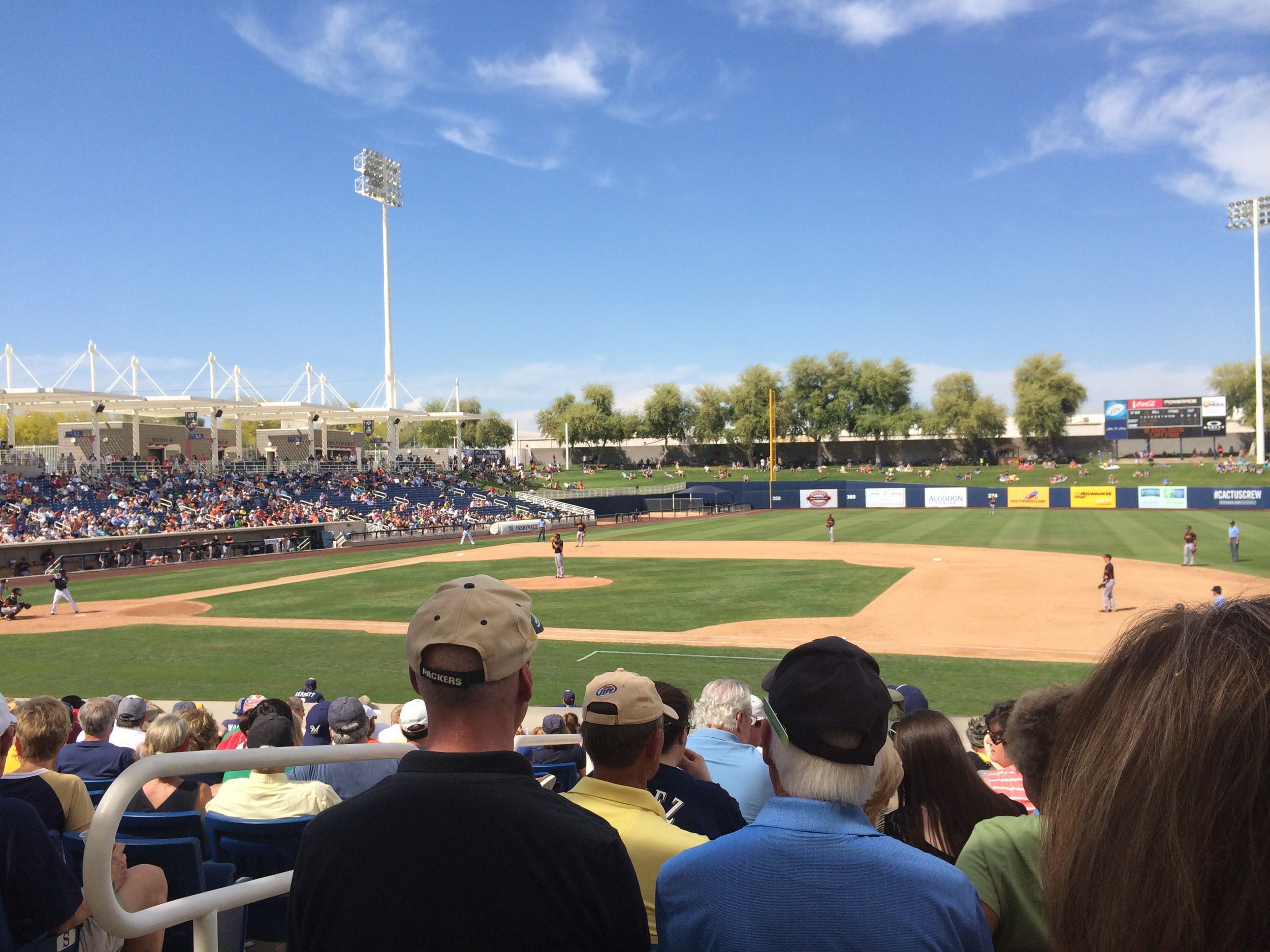 There is something magical about a summer baseball game. The freshly cut grass, the summer sun and the stadium seats are all part of an experience like no other. A baseball game is a place where you can sit back with some friends, have some ballpark food and enjoy some fantastic athletic competition. On a hot summer afternoon or evening a baseball game is the best place to be, and here’s why.

Summertime is all about soaking up the sun, and when you’ve already been to the pool every day this week, there is nothing better than soaking up the sun at an afternoon game. It is the only professional sport the plays all through the hot summer months giving us some real entertainment in the sun. Even in the late winter and early spring, baseball offers some sun at its spring training games. And what better way to cool off in the hot summer sun than with an ice cold beer or some ice cream at the ballpark?

Baseball is for people of all ages and backgrounds. Kids and adults alike can have fun watching the game, getting food and drinks at the concessions stand and staying for fireworks after the game. It's not just a game, but an experience.

In baseball, there is not just one object of the game, but many. Getting a run doesn't happen all at once, which makes it more difficult to score and more interesting to watch. One of the main criticisms of baseball is that it is too complicated to understand. The complexity of baseball, however, is exactly what makes it so universally appealing. You can focus on the big picture or on something smaller like how many runs there are. All you need to do is ask some questions, and baseball fans are always willing to explain the game. There are parts simple enough that kids can really get it, but it is also complex enough for a statistics enthusiast.

This is the other biggest criticism; many people feel that the game is boring, but it is easier to follow when it’s slow. You can sit back and relax, chat a little, and you don’t have to worry about missing the game. Baseball is a social game, a game about playing in the moment and playing your best every second of the game. There's no time clock, so the game goes at its own speed, which is usually the leisurely pace of a summer afternoon.

With spring training starting in February, a 162-game season starting in March. And the World Series ending in November, there's hardly a day in between without a Major League Baseball game to be watched. You can eagerly watch every game or you can watch one every once in a while, but whether you are a hardcore fan or a casual acquaintance of the game, you can fit a game into your schedule.

Old school and extremely cool, there are entire tumblr pages and Twitters dedicated to boys in baseball pants, and there is a reason why. If you haven't found your summer crush yet, look no further than the baseball field.

There is something so exciting and fun about a good sports rivalry, and baseball has some of the best. The Yankees and Red Sox have been fierce rivals for over 100 hundred years, and it creates for some of the most intense fan loyalty and high-stakes games. The rivalries in baseball are unbeatable, and the fans' dedication makes it a game you want to keep watching all summer long.

What other sport has its own song? The seventh inning stretch is one of the staples of a baseball game. Everyone stands up and sings together, and you really feel the energy and camaraderie of the crowd. And some ballparks even add to the fun, such as Fenway Park singing "Sweet Caroline" and Toronto singing "OK Blue Jays."

Thanks in part to the song, baseball has it's own food selection. During the game fans chow down on hot dogs, nachos, ice cold beer, lemonade, ice cream and the essential peanuts and cracker jacks, all bought from the friendly vendors shouting into the stands. Nowhere else is it socially acceptable to leave your peanut shells and sunflower seeds on the ground.

Foul balls add some extra excitement to the game with not only the possibility of getting hit by one if you aren't paying attention but also of getting your very one authentic game souvenir if you are lucky enough to catch one. Catching one of these can make a kid's day (or even someone who is still at kid at heart).

There is no stalling or running out the clock in baseball. In each at bat there is only one team capable of scoring, so there is always a chance to win no matter how far behind you get. The structure of the game allows for some amazing comebacks and keeps the game interesting the whole way through. Even if your team is winning, you can't just sit back and wait for the other team to lose. The players have to give it their best right up until the very end.

13. It's the American pastime.

No matter how many other sports we love, baseball will always be the American pastime. No other sport has such a long professional history and has had such a lasting impact on our culture as a nation. Baseball is a part of our history as a country, and it shows our determination, strength and intelligence, all in a way that we can share and enjoy together.

Caitlyn Morral
St Bonaventure University
3382
Wordpress
Odyssey recognizes that mental well-being is a huge component of physical wellness. Our mission this month is to bring about awareness & normality to conversations around mental health from our community. Let's recognize the common symptoms and encourage the help needed without judgement or prejudice. Life's a tough journey, we are here for you and want to hear from you.