13 Guys You're Guaranteed To Meet On Dates This Summer, Including The Fuckboy

13 Guys You're Guaranteed To Meet On Dates This Summer, Including The Fuckboy

You already know Fuckboy had to be one of them. 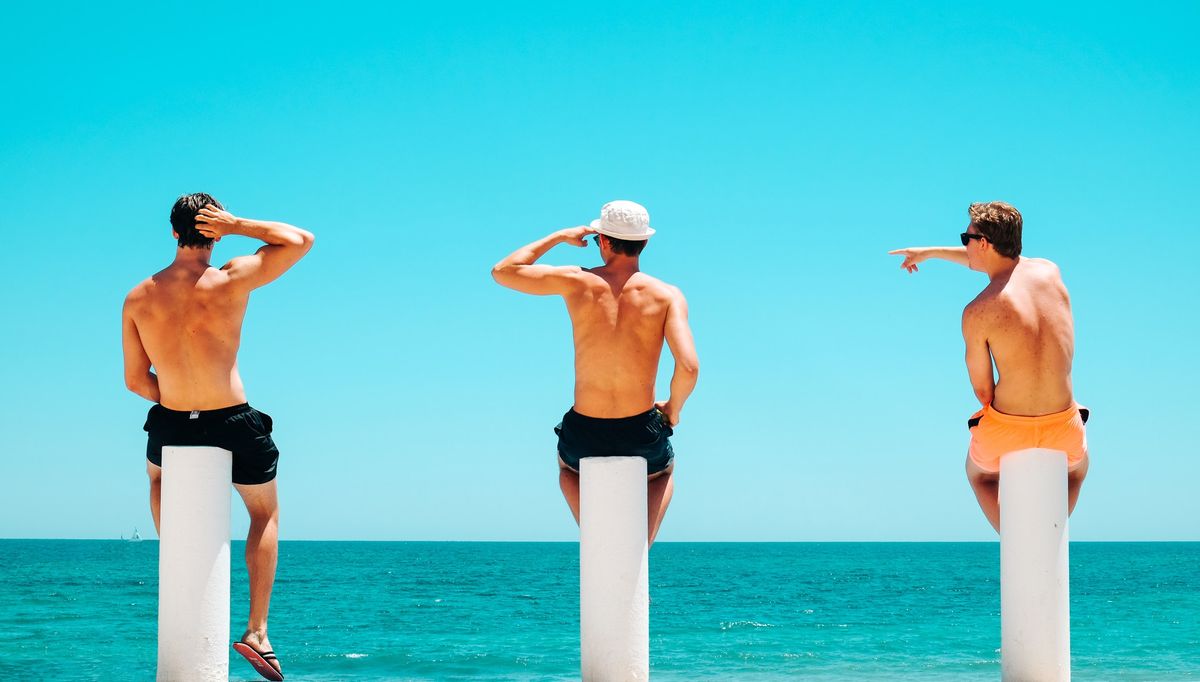 Summer is finally here, which means it's time to say goodbye to your school FWBs and hello to your summer fling(s)! The next few months are tricky. You finally have time to start dating, but you don't want to get too invested in someone because you might not even go to the same school. I feel you, but life's short. There's no harm in meeting new people, whether you're looking for a fling or the real thing.

Here are 13 types of guys you're guaranteed to meet when going out on dates this summer.

This is by far the most common type of boy you’ll encounter in your lifetime––not just this summer. Be careful because if he asks to "hang out" instead of take you on a date, you know he's only in it for one thing. But hey, you might be too. In which case, I’m rootin’ for ya.

Nine out of ten times, the Frat Boy is synonymous with the F*ckboy. When you show up for dinner or drinks, look for the guy in a polo and khakis. Fun fact: you’ll also probably smell him before you spot him.

He’ll have you feeling like the last decade you spent in school was absolutely worthless.

This guy will judge you for every overplayed song and overrated artist that you find catchy. Ironically, he’s also the guy that hated on Coachella—until he actually went. But the best part about knowing a music junkie is that he’s got a song for every emotion, mood, and occasion right up his sleeve. So if you’re lucky, he’ll also be willing to share unbelievably fresh tracks that you’re definitely going to vibe with.

Fair warnings: (1) He’s guaranteed to tell you about all the music festivals and concerts he’s gone to; (2) Don’t try justifying your love for a genre he dislikes. Even if you manage to get a word in, his mind is made up.

While he knows how to treat a girl right, it can get tricky dealing with a Momma’s Boy. At the end of the day, she’ll always be his #1 woman, so be careful.

One-sided conversations on dates are the worst. You’re essentially talking to yourself and pulling teeth in the process. So until he gets comfortable, you’ll be forcing conversation with someone who seems like he doesn’t want to be there.

Don’t be surprised if he shows up wearing some official athletic gear from his school or walks around like yesterday was leg day.

Good luck convincing him he’s mistaken about anything. This guy is a self-proclaimed genius and definitely has an opinion about everything. Count on him to piss you off in less than 30 minutes.

This guy will tell you everything you didn’t know and never wanted to know about his life. I’m guilty of being an open book, but some people really have no boundaries. The oversharer will make you incredibly uncomfortable, so you better prepare your bathroom excuses now.

The college dropout that has no foreseeable plans or goals for the future. The one who still lives with his parents because he has no job and doesn’t want one. The kid that sat behind you in Pre-Algebra, only about a decade older.

You know, the one with the girlfriend who asked you out thinking that you wouldn’t catch him in his lie sooner or later? What a guy.

Mommy and Daddy bought him his $100,000 car and paid for your dinner. He’ll probably also tell you about his family’s yacht and second home in Hawaii at some point. On the flip side, there’s a small chance he might be humble.

Now this is the guy who will treat you right. He’ll offer to pay for dinner, open doors, respect your opinion, and give you his undivided attention. Unfortunately, he’s also a needle in a haystack, so if you find one, try and keep him.

Surely this is not a comprehensive list of the guys you'll meet this summer, but it's a good start. Happy dating, and watch out for those f*ckboys!

QueenRadhi
The State University of New York at Stony Brook
3123