12 Going On 22: On Changing Beauty Standards For Young Girls

12 Going On 22: On Changing Beauty Standards For Young Girls

How young is too young to #GloUp? 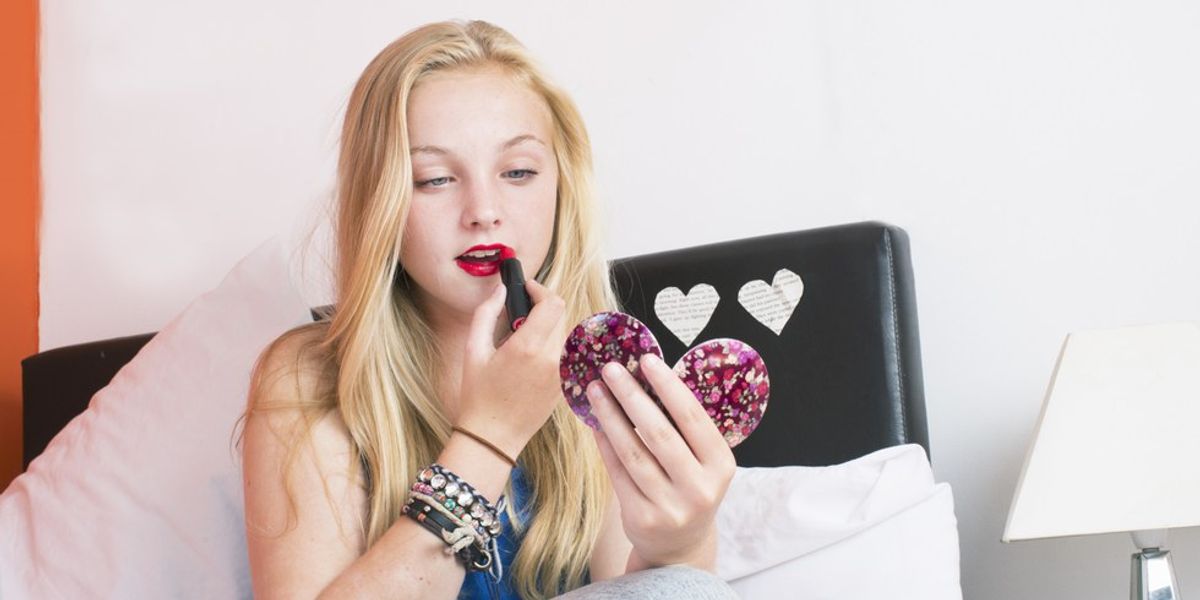 One of my favorite questions to ask people when I’m trying to get to know them is, “What advice would you give your 13-year-old self?” Sometimes the answers are funny, sometimes they’re really heartfelt and generally, they’re things that all 13-year-olds need to hear.

However, as the age gap between myself and today’s 13-year-old grows, I’m starting to understand that being a young teen now requires vastly different advice than when I was a young teen. One of the biggest differences I’ve seen is in the beauty department. Young girls are now being pressured to have the style of a 20-something, and that includes the hefty price tag that comes with those high-end beauty and fashion products.

On one hand, it’s become a running joke across the online beauty community that tweens and young teens now look and dress much better than we as young women ever did at that age. Take this meme for example, which circulated Reddit, Twitter, Tumblr, Instagram and Facebook thousands of times:

Yeah, it can be funny to dig up the absolutely cringe-worthy photos buried at the bottom of our Facebook profiles and cringe at our ill-fitting Aeorpostale bermuda shorts, blue eye shadow, flavored Lip Smackers lip gloss and shudder-inducing eyebrows. And yeah, it can definitely be funny to compare those photos, which are inevitably edited to be extremely oversaturated with some kind of “random” text emblazoned on them, to the nearly professional photos that young girls are now posting.

However, there are two ways to look at almost everything, and while those comparisons can be so wildly different that they’re funny, they also make me worry.

Those differences make me worry in the same way that our own mothers worried about us being the first ones to grow up completely entrenched in digital media. I worry about the precariously stacked beauty expectations for pre-teen girls coming from Instagram the way that mothers of the women my age worried that MySpace would ruin our self-esteem.

There’s a key difference between what we posted on MySpace and what middle-schoolers are posting on Instagram, though.

Growing up during the maiden voyage of social media meant that we didn’t have to have it all figured out yet. We took a lot of questionable mirror selfies, smudged Wet ‘n’ Wild black eyeliner included, and generally posted what we wanted to with minimal insecurity. Very few standards had been set, as everyone was still figuring social media out, so there were little to no expectations.

Today’s girls aren’t given that grace period to “figure it out.”

They’re told from the second that they’re handed an iPhone that you have to look, dress and act like they’re 12 going on 22. And while I can appreciate that some of these girls may be asking for Urban Decay Naked eyeshadow palettes and Anastasia Beverly Hills brow pencils because they recognize makeup as an art form and want to improve their skills with high-quality products, I feel the need to address the girls on a different page.

It’s OK if you don’t know how to contour. It’s OK if you can’t afford PINK yoga pants or can’t fit into Brandy Melville jeans. It’s OK if you’d rather spend your hard-earned allowance money on McDonald’s and movies instead of MAC. It’s OK if your selfies on Instagram don’t get hundreds of likes, and it’s OK if you want to be a kid for a little while longer. Your teenage years are so short, yet they have the potential to be some of the most exciting years of your life; don’t feel pressured to rush through them and into adulthood.

At the end of the day, one of the most valuable lessons you’ll ever learn is to put your own goals before any expectations that other people or forces may have for you.