11 Things I Love About Kansas City 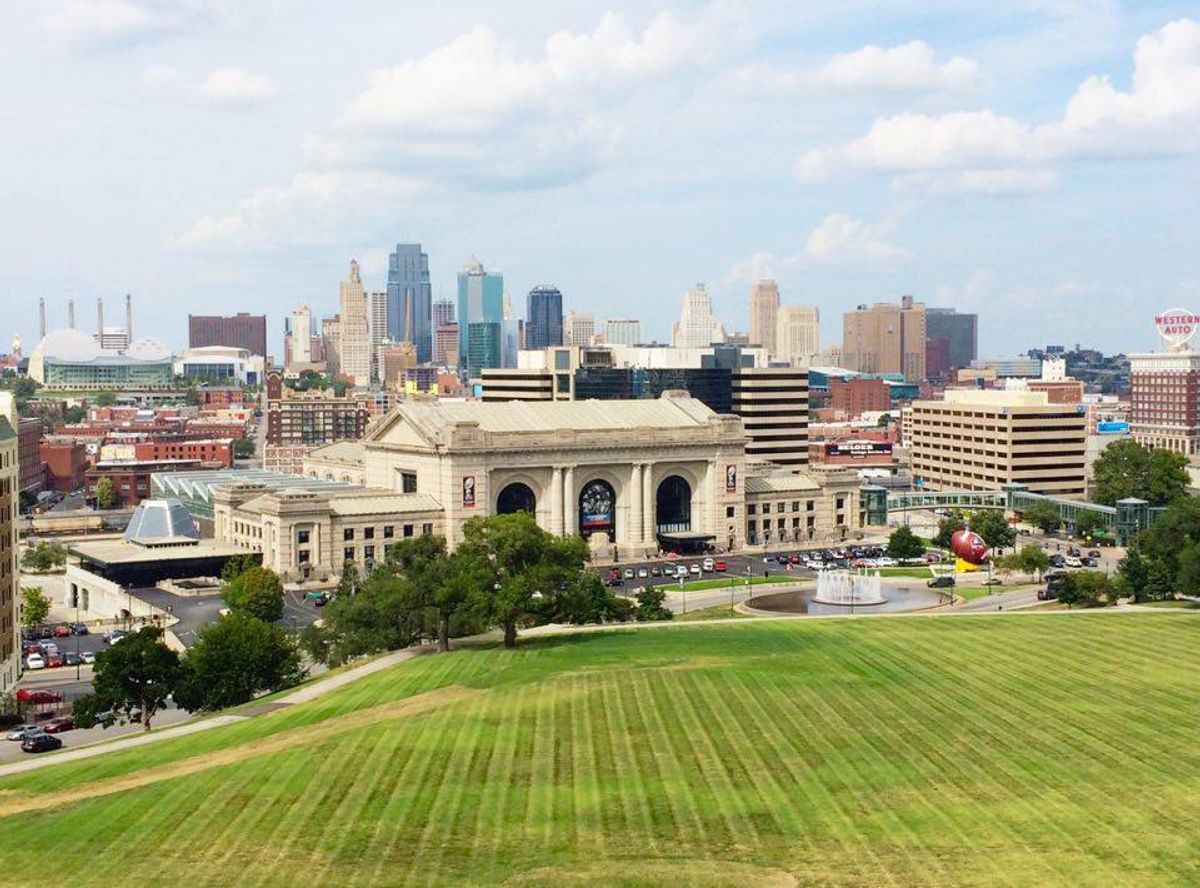 Growing up in Kansas City, Missouri, is unlike anywhere else. The food, culture and attractions are something that I’ve treasured in my childhood and value even more while being away at college. There is so much city pride in Kansas City natives, and here are some of the things that you think of when someone asks about your city—aside from just the crazy Missouri weather.

Kansas City is nationally famous for its barbecue. Joe’s Kansas City Barbecue and Gates Bar-B-Q are two that come to mind with their critically acclaimed and (frankly delicious) slow-cooked flavorful meat. Barbecue isn’t the only thing Kansas City can do; there’s also the Boulevard Brewing Company that all Kansas City natives grow up knowing about, because they not only sponsor a lot of social events, but also have grown to be one of the largest specialty brewers in the Midwest.

Historically, Kansas City fostered the development of American jazz and blues. Bebop and more modern jazz styles originated in the heart of Kansas City and its numerous jazz clubs. It was a crossroad of music and still has a vibrant musical culture, with many new start-up bands and big performers alike taking the stages in many venues downtown. You might have been to the Sprint Center, Crossroads KC, the Midland Theatre, The Phoenix or others. We also have a talented ballet and symphony that performs at the Kauffman Center for Performing Arts, an architecturally amazing building downtown.

Oh baseball. We have some of the nicest and best athletes in KC, but especially our boys in blue who took us all the way to the World Series last year and won! The parade downtown was out of this world. 800,000 fans showed up and celebrated the victory peacefully and joyfully. Sitting through all those innings, fans watched faithfully to finally be rewarded with those victory moments. The Kauffman now proudly displays a huge World Series Champions sign along with its fireworks displays. If you have any Royals articles of clothing, then that’s definitely a sign you’re from KC, and if you don’t, you should go buy some, because we’re here for the long run.

While we’re talking about sports, I’d like to point out our awesome soccer team Sporting KC. They’ve been through a couple re-brandings, for instance, Wizards and Livestrong/Children’s Mercy Park. Our players are world class. In 2014, Graham Zusi and Matt Besler played on the U.S. Men’s National Team in the FIFA World Cup (which I followed along on television). Going to soccer games in Sporting Park (now Children’s Mercy Park) and cheering on the team is a tradition that many families in KC cherish and will continue through the years.

On to the biggest sport: football! Arrowhead Stadium has seen the loudest fans of American football. In 2012, the crowd broke the world record for loudest crowd roar at 142.2 decibels. Kansas City has the passion, no doubt. Red and gold are staples in any Kansas City fan’s closet.

Kansas City is an art city. It is the home of many artists, creators, thinkers and enthusiasts of pretty much anything. It is hugely diverse and there are a lot of different types of art and places to appreciate art and culture in KC. There’s the Nelson-Atkins Museum of Art, the Liberty Memorial and National World War I Museum, the American Jazz Museum, the Arabia Steamboat Museum, the Kemper Museum of Contemporary Art, and Science City at Union Station. There were so many field trip opportunities in elementary school, it was great. I loved growing up with such a rich variety of ways to appreciate the creations, discoveries and inventions of society. When you see a shuttlecock, I’m sure you think of the Nelson-Atkins’s unique lawn sculptures.

Union Station is an old train station in the heart of downtown on Pershing Road and Main Street in the classic Beaux-Arts architectural style. There's art exhibitions, a planetarium, a huge lobby, cafe space and the Science City inside. Science City is a scientific wonderland! There's so many cool science things to do, a bicycle on a tightrope, mini golf, dinosaur dig site, tornado lab, Mr. E Hotel, cave tunnels, a piano floor and more. It really sparked a curiosity in my childhood and holds fond memories for me.

8. The Plaza, fountains, and architecture

The Country Club Plaza shopping center is a prime location to experience Kansas City’s shops, restaurants and entertainment. The architecture is inspired by Seville, Spain, our sister city. The beautiful fountains are great photo opportunities for prom, and you must see the Plaza Lighting Ceremony on Thanksgiving.

Kansas City’s downtown includes a lot of gems—like coffee shops, skyscrapers, the convention center, churches, the Western Auto building but most particularly Crown Center. I’ve been going there since I was young with my family, and got to experience the huge three-story glass window overlooking the plaza where the Mayor’s Christmas Tree lights up the winter night. The shops in Crown Center were hugely exciting to get to go into, especially that huge toy store on the corner that was every kid’s dream. Ice skating under the white canopy is a magical experience with friends or family during the holiday season.

Worlds of Fun and the Kansas City Zoo in Swope Park are fun destinations to visit. I remember going to the zoo as a child in the hot summer and looking with awe and wonderment at all the animals that you learn about in school. It was so refreshing to connect with nature and the animal kingdom. Also, the amusement park Worlds of Fun and Oceans of Fun was an exciting thing to have on the outskirts of the city to spend a day at with your friends or classmates. My first roller coaster was the Mamba, but the Patriot will forever be my favorite.

11. Heart of the Midwest

Kansas City has the distinct pleasure to be in the very center of America in the heart of the midwest. We are a melting pot with a diverse community. Kansas City is the largest city in Missouri and has the second-largest metropolitan area after St. Louis; which is a fact often disputed among friends from the different cities. Kansas City has an open-minded, exciting, youthful, involved vibe, and I’m super proud to be from KC.

The people are very friendly and hospitality is found in abundance among the citizens. "Huffington Post" named it the coolest city in America. In various online rankings, Kansas City and its suburbs has consistently been ranked one of the happiest cities in America and Missouri. It will always hold a special place in my heart, no matter how near or far I find myself from it.