10 More WTF Am I Doing With My Life Dating Sims

Have you ever wanted to date a famous person, anime girls, a printer, a video game character, or animals? Click for these dating sims and much more 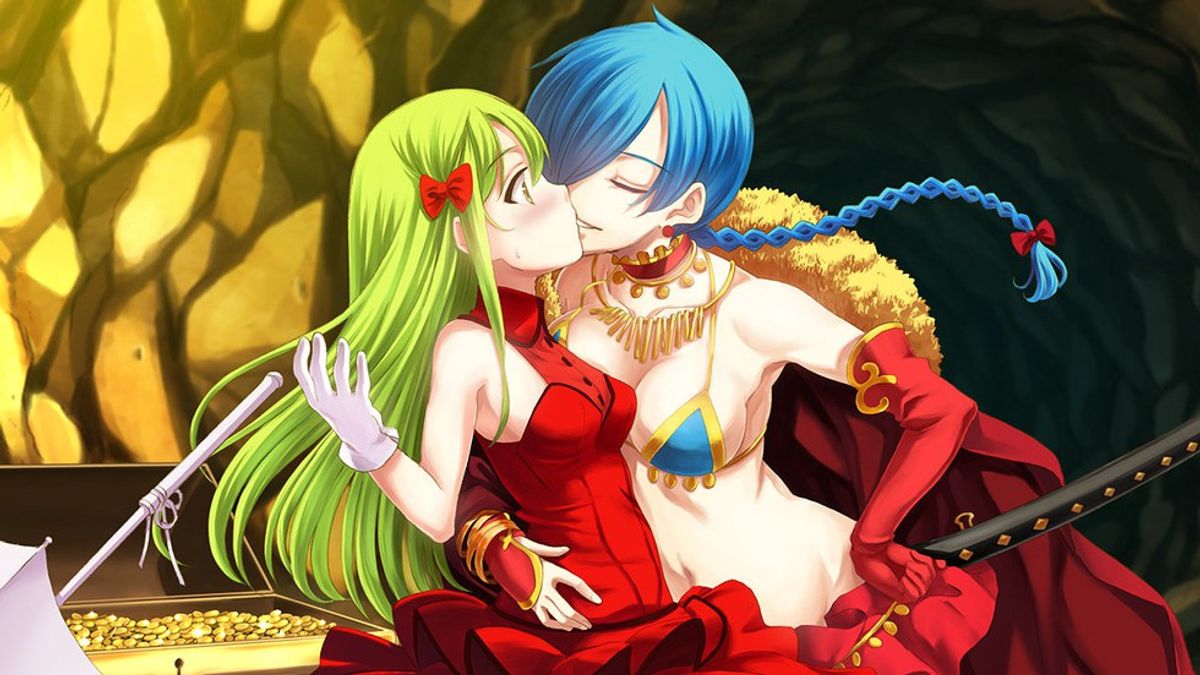 For those who don't know, dating sims are relationship simulation games. Generally, your objective is to talk to a character so that you can get to know them, romance them and eventually date them. There is also normally multiple characters to pick from, attraction/love meters, and time limits such as ___ amount of days/weeks to get a date. Some dating sims even have a money/job system so that you can give your dates gifts. Traditionally the setting for many of these games are high school but some take on a more fantasy focus and over time, these games have branched out quite a bit. There is quite a lot of imagination put in some of these games. So much imagination in fact that the game may take place in an alternate world or don't even have humans as the one you are trying to romance. The dating sim might have aliens, vampires, werewolves, animals, food, objects, or other options instead of humans. Heck, you might not even be a human main character either.

Anyways if you would like some unique dating sims to play, you have come to the right place.

Daddy Devito Dating sim is a comedy dating sim in which you date Danny Devito. At a WWE match you can meet Trash man Danny who wants to suck dick. At the Park Danny needs your help because he is stuck in the play equipment. Theres not much more I can say about this game.

In Yeti Scent you are a yeti looking for a mate. By smell you can find yourself another yeti to love. To romance her you can hunt animals to give her food, kill humans, and defeat the skeleton king

Benthic Love is an angler fish dating sim where you explore the bottom of the Ocean for a Mate. There are 5 different ending you can get. Also this game claims to be LGBT friendly and will teach you facts about the ocean along the way.

Gat Life: Boyfriend Bar is a strange gay dating sim where the men have guns for heads and mechanical dicks. There is three "people" that you can choose from.

The Gods have decided that Earth will be destroyed because true love no longer exists. Evian, Goddess of love, wants to prove them wrong so she goes to Earth find love. However, the gods have made her leave here body behind so now she is just a head in a plant pot. While most of these are computer games, you will need a Playstation 2 to play this game as well as track down a "Tomak Save The Earth Love Story" disk.

In Lets Be In Love With Creatures, your goal is to win the heart of your human sized female cricket class mate. The game's site says that the game is fully voiced and has swimsuit scenes along with "sex appeal". Incase its not obvious, this game is very Japanese.

Lets Be In Love With Creatures

Japanese printer company, Brother international, released a dating sim in which you can romance one of their printers. While at high school, there is a new student who happens to be a printer and he likes to play sports. The game is in Japanese but a lot of browsers should be able to translate for you. However If you are translating the game, expect some bad translations.

Do you like anime, girls dressed in revealing outfits, battle strategy games, and dating sims?!

Eiyuu Senki: The World Conquest is a gender bent anime/war game in which important figures in history are now female instead of male. In this game, the nations are all at war. Britannia wants to unite the world through friendship. The European Union also want the war to stop. Vinland, however benefits from the wars and the Eastern Island nation of Zipang can't seem to stay out of trouble. While this war rages on, a memoryless hero and hero Himiko of Yamatai meet and try to unite Zipang.

There is turn based battles, 120+ places to conquer, 70+ other characters to quest with, and dating sim elements. A few of these gender bent historical characters are; King Arthur and the knights, Rasputin, king Tut, Vlad the impaler, Billy the Kid, Christopher Columbus, Napoleon, Beethoven, Caesar, and Da Vinci.

There is also a sequel called Eiyuu Senki: Gold. But its only available as a computer game in Japanese. Much like the first one, there are some English patches for the game floating around the internet.

9. The Dating Sim That Actually Gives You A Massage

Mr Massagy is a game about a muscular Slender Man looking guy named Johnny who uses dating apps like Tinder and Grinder on his phone. You can swipe through people to pick a date. At the date, the game plays like a normally dating sim. Pick the right options and you will have a good date. After a good date, your ate will reward you with a massage via the vibrations of your controller. When your controller starts to vibrate, hold it to a play where you would like a massage.

Sounds normal enough right? Well your possible dates are; an anime body pillow, an space alien, a werewolf, a literal cow who might not even know that they are a cow, a online dater who is trying to catfish you, a ghost and one human. However there is DLC for this game, so you can add in other people to date and even new mini games to add in to Mr Massagy for new experiences to play though in the game.

Hello Neighbor is a stealth horror game in which you move to a new neighborhood and break into your neighbor's house to either uncover some secrets and/or possibly save some people. However, he is a fast and sneaky man so it will be no easy task. The neighbor loves to set up bear traps around his house to trap you, throw glue at you to slow you down, and conner you in rooms, so that he can get you. The neighbor is programed to learn from what you do, so the longer you play in the game and the farther you get, the neighbor will get tougher to avoid. The game is still being made so not many people know the true story yet and what we do know is from playable demos.

However, either from it being a fun game or from youtubers and twitch streamers playing it on their channels, this game has become pretty popular over the past year. And because of its popularity, many knock off games and fan made games can be found around the internet. Surprisingly, one of these fan made games is a dating sim.

In the Hello Neighbor dating sim, you move into a new neighbor hood and break into the neighbor's house. Much like the normal game, you see a door that is both locked and boarded over so you collect a key and crowbar to get into the door for some reason. The neighbor finds you and instead of attacking you, if you answer a question correctly we will not only let you go but he will date you. There are three places that you can choose to go to for the first date; graveyard, cafe to get coffee, and going out for a romantic dinner. Depending on how the date goes, you will live a happy life with the neighbor but make one mistake and you will deal with the consequences. There is also two bonus endings which involve Shia Labeouf, John Cena, and Robbie Rotten from Lazy Town.