10 Marvel Thirst Traps To Prepare You For "Infinity War"
Odyssey
CurrentlySwoonLifestyleHealth & WellnessStudent LifeContent InspirationEntertainmentPolitics and ActivismSportsAdulting
About usAdvertiseTermsPrivacyDMCAContact us
® 2023 ODYSSEY
Welcome back
Sign in to comment to your favorite stories, participate in your community and interact with your friends
or
LOG IN WITH FACEBOOK
No account? Create one
Start writing a post
Entertainment

10 Marvel Thirst Traps To Prepare You For "Infinity War" 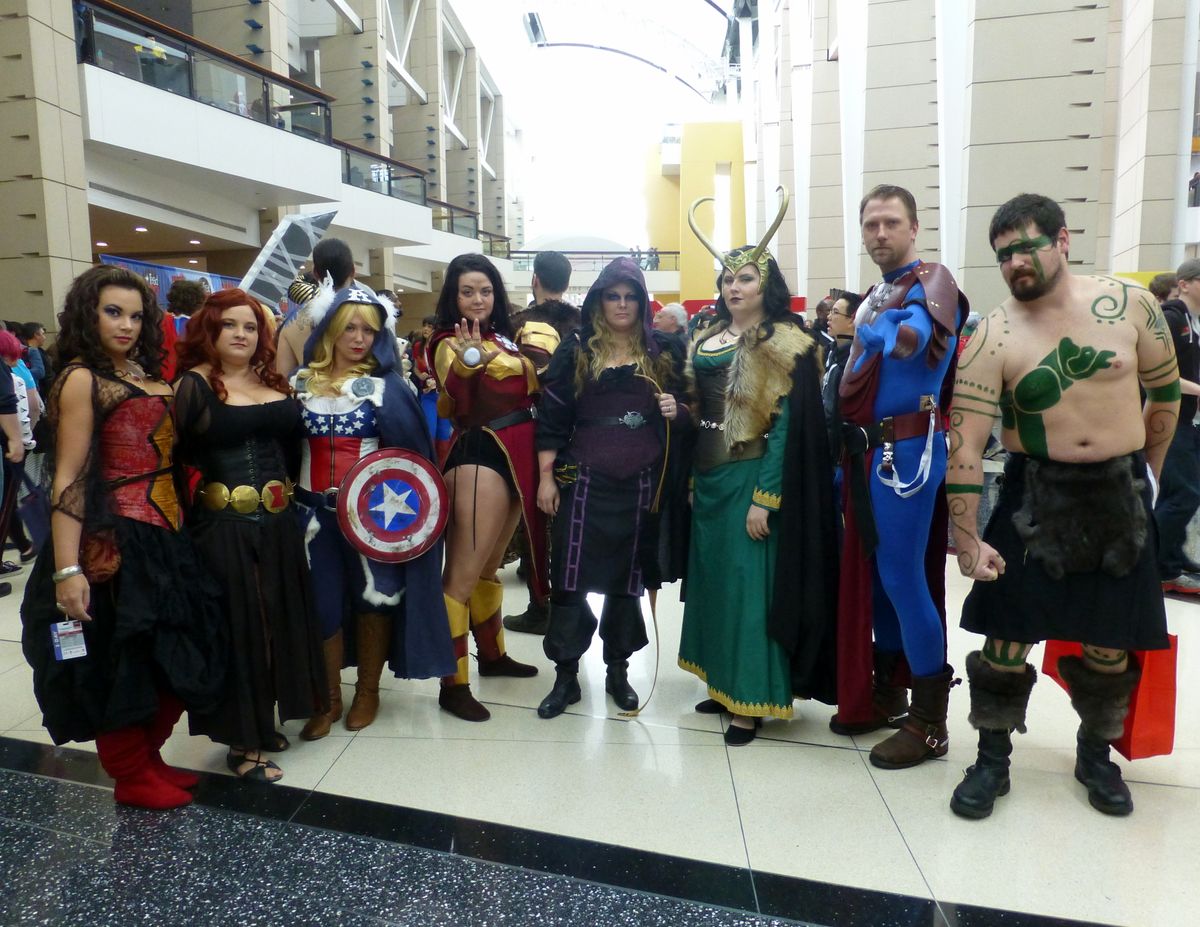 So, with the latest installation of the "Avenger's" series on the horizon everybody is getting pretty pumped in their own ways. I've heard a lot of people (mostly women) talking about all the sexy characters that will be featured in "Infinity War." So I thought to myself, there are a lot of secondary or beta level characters that are serious hot cakes in the Marvel universe that are completely underrated. So I'm gonna prepare you for the movie with ten Marvel thirst traps.

Disclaimer: Not all of these characters are going to be or have ever been in an Avenger's movie.

Ok, so I know this one is obvious, but Natasha Romanov is seriously underrated in my opinion. People expect her to be so bad ass all the time that they practically forget she's a strong independent woman (well except Bruce).

When the Silver Surfer hung ten on our screens in "The Fantastic Four" sequel it secretly (or not so secretly) made all of us swoon. Who could resist those shiny silver buns?

Another red-haired beauty who is undervalued by the other X-Men (especially Beast), Mystique is a stunner in cerulean blue. Plus who doesn't love Jennifer Lawrence?

SEE ALSO: 9 Of The Most Kickass Women In The Marvel Universe

Peggy made her premiere in "Captain America: The First Avenger", but she killed it in her spin-off series "Agent Carter." There was no shortage of love interests for the beloved SSR agent or sexist undertones, but she gracefully went through it all.

I feel like because Loki misbehaves so many people tend to forget about him as an eligible bachelor. Personally, I'm surprised nobody's gobbled him up yet.

Another "Thor" character, I have a personal soft spot for Lady Sif. The poor girl literally goes into battle for Thor and he basically treats her like she's just one of the guys. I hope she finds a sweet human man who will treat her right.

I honestly think that since Bruce turns into the Hulk that he is de-sexualized in many ways. He's just seen as a science nerd when he really has a lot of sex appeal. Just ask Natasha.

First off Pepper should be sainted for dealing with Tony Stark on a nearly 24/7 basis. Also for being so freaking adorable and so ignored by him when he gets involved in his ego and projects.

I feel like Heimdall is just seen as the bus driver of Asgard. A guy that powerful deserves more than that. Plus: Idris Elba

SEE ALSO: 5 More Heroes We Might Lose In Infinity War

I think we can agree with Peter Quill that Gamora is a firecracker and gives Elphaba a run for her money. With wicked good looks and bad ass fighting skills, you shouldn't count her out. Also, I really want to see her kill Thanos in "Infinity War."

Nicole Marie Nigro
Individual Creator
466
c1.staticflickr.com
Where to start...... Let me start with the cliche that life throws us curveballs and what we do with it is what counts.