If You Need To Spice Up Your Running Routine, Try Adding In Something New — Like Zombies

You have collected a tin of food, an axe, and a sports bra. 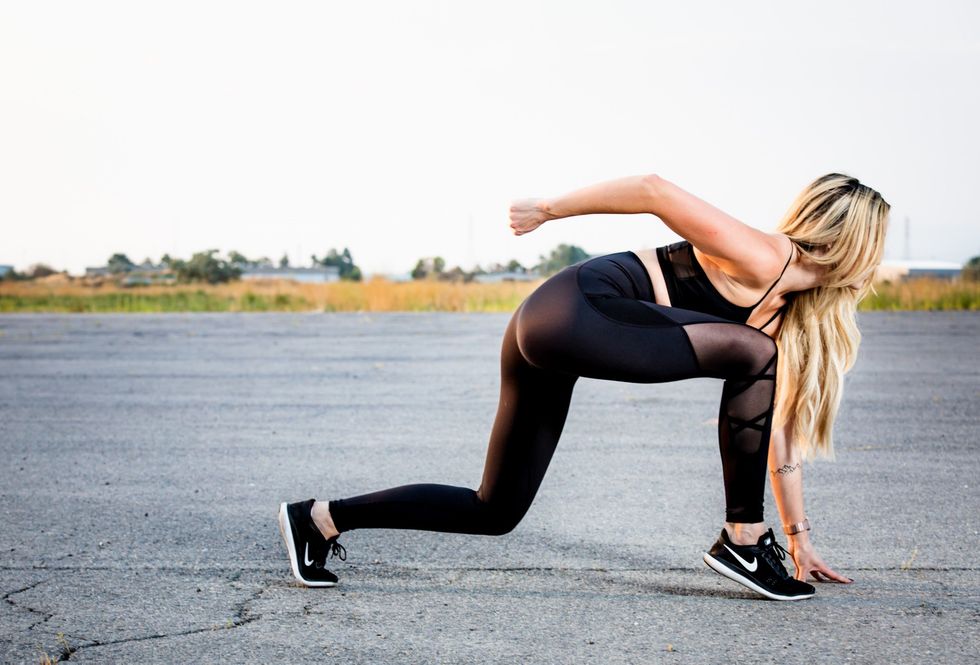 Now that the weather is taking a turn towards true spring and the sun is starting to warm the world, I realized I could start running again after a multiple month hiatus due to frosty weather and my low cold tolerance. I know I could have run indoors, but I find it more enjoyable to be out in the fresh air with uneven ground and changing scenery.

Indoor running can be monotonous. Though, even running outside can get boring. Sometimes, I would be tempted to either stop early when I just feel a little winded because I have little motivation to keep going, or I will push myself too far because I do not know when to stop. I found the solution in a great app called "Zombies, Run!" by Six to Start and Naomi Alderman.

Yes, I said zombies. Stay with me.

Since last summer, I discovered this fitness app while I was looking for something to make me want to run. It had good reviews, so I decided to try it out. It has a variety of features, but the main function of the app is the Story Missions. Basically, a team of creators, writers, and voice actors got together to create an immersive running experience.

It features you, Runner 5, a former occupant of Mullins Base, a military camp of zombie apocalypse survivors, and current runner for Abel Township, a small town of primarily civilian survivors. Each mission, you are sent out as a runner to collect supplies, pass along messages, investigate leads, and/or uncover conspiracies all while evading zombies and hostile humans. Between your playlist or soundtrack and in your ear is the well-loved radio operator, Sam Yao, along with a full cast of characters to become attached to, like Janine de Luca, Dr. Maxine Myers, Sara Smith, and more.

It has full narration and world building. There is continuity in the many current seasons and missions/episodes. You can run (or walk) anywhere, outside, on the treadmill, or around a track. You can have it track your steps, distance, etc. There is an optional feature called Chase where zombies would be detected and pursue you for a certain amount of time. To avoid them, you have to increase your pace by a set percentage. The app also has 5k training, virtual races/marathons, interval training, and an in-story radio show, Radio Abel, hosted by Jack Holden and Eugene Woods. That is not all, but it should be enough to get you interested.

It is a step above an audiobook because you are in the story. You are Runner 5. It is the only app I have ever paid money for. The first five missions and some of the other features are free, and every week, the next mission is available. However, the plot and premise of the missions are so engaging, it makes you want to go out and run even if you tired because you become invested and curious to know what happens next. Waiting a week to get the next mission can be near impossible. Pro Membership was worth it, in my opinion. It is $3.99/mon or $24.99/yr. I run most days of the week and do not get bored with Sam as my hype man when I need it most.

Some of the missions are silly as you collect role-playing board games. Some are emotional when you are assumed dead with only one person in your ear hoping you are alive or when those you have come to care for are in danger or betray you, and some are downright scary as zombie moans, gunshots, and explosions sound all around. The stories pull you in, and that is what the creators intended. The creators of "Zombies, Run!" made something that incentivizes you to keep active. You feel responsible for the people you run for, and you want to know where you will all end up as you go forward in this zombie-filled world.

What is better is that you are not the only Runner 5. Runner 5s are all around the world, and they are an encouraging and uplifting bunch, all reminiscing about missions and collected sports bras, giving advice, planning meetups, or creating written works and art about Abel Township and its loveable occupants.

Whenever and wherever you prefer to run, I think anyone can benefit from "Zombies, Run!" If you are uncertain, just try those first five missions and see if you are willing to keep at it. I had dived headfirst in because it appealed to my love of stories, and after my long hiatus, I am ready to jump back in and hightail it will a med pack on my hip, an ax and bat in hand, and zombies at my heels. Can you outrun the apocalypse?

running
Report this Content
This article has not been reviewed by Odyssey HQ and solely reflects the ideas and opinions of the creator.