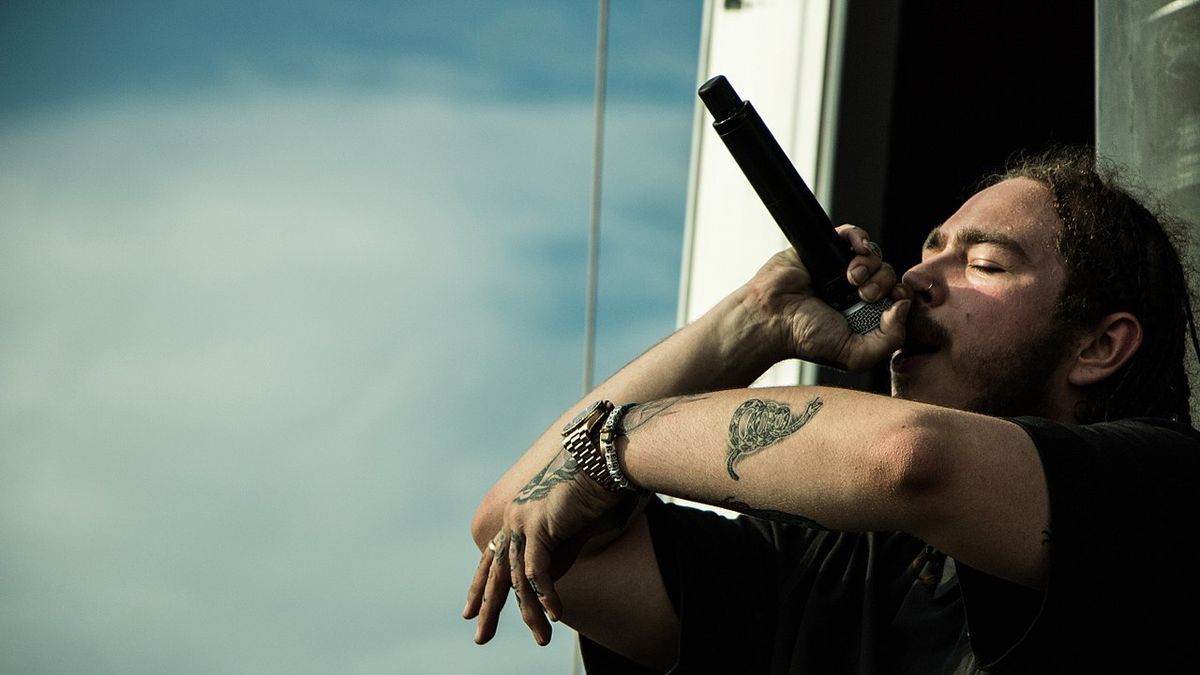 If you are anything like me, you have spent an endless amount of time on Buzzfeed taking quizzes and reading articles about what food, tv character, or literally anything else you are based off your zodiac sign.

Don't lie! It's like a cyclone that whirls you in until you really don't even know where you are and what you are doing anymore, but hey, you do know that you're the eggplant emoji based on the sole fact that you are a Scorpio.

You have to find out how everyone else views your personality, even though you know don't believe in horoscopes (but I know you secretly do). So without further ado, here are the zodiac signs as Post Malone hits!

"Patient" seems to be the best fit for anyone born as an Aries. They will do whatever it takes to get what they deserve, and they will do it on their own time. They don't have time to wait around for someone else when they could be doing it themselves.

Being stubborn and being materialistic are the two best-known traits associated with Tauruses, making "Go Flex" a go-to song for this sign. "They tell me to quit, don't listen what I'm told" is the perfect Instagram caption for any Taurus, especially if they are flexing on their followers.

I think we all know a Gemini who is just a little over the top, so they need a song that is just as extra as they are. "Candy Paint" is definitely that. Most likely once they hear it, it will be on repeat on their playlist.

Besides being played at literally every frat party that you will ever go to from here on out, "I Fall Apart" is the most emotionally charged Post song which makes it a match for the most emotional sign. Cancers tend to emphasize with other's pain and suffering so this is the best song for them.

Leos tend to think that they are rockstars anyway, so it's easy to say that "Rockstar" would be their perfect match. They are always looking for a good time no matter how crazy just so they have good party stories.

Due to the fact that Virgos tend to be intelligent and quite over-analytical, it makes sense that their Post song would be "No Option". They will make it their business to know every detail, despite if it is relevant, and they will be sure to correct you if you are wrong.

It isn't a secret that Libras tend to be indecisive or distrusting, so "Psycho" would be a great hit for them to listen to on repeat (which it seems like everyone is doing right now anyway so why not jump on the train). Still, the song really flows well with their personality traits, making it repeat track on their playlists.

Since Scorpios have a reputation for being passionate, "Deja Vu" will rock their world. Featuring Justin Bieber, the song dives into a deep longing for affection, which will hit Scorpios hard.

Sagittariuses have a need for freedom so committing can be a problem sometimes. "Feel" explores the more sensual side of things rather than the committed relationship, which Sagittariuses might prefer than settling do. They'd rather feel.

Capricorn - "Money Make Me Do It"

Since Capricorns are disciplined and hard workers, "Money Make Me Do It" seems to go well with their sign. They will never back down from a hard task, especially if there is something in it for them.

Everyone knows that Aquariuses are always looking for the most they can get out of the world. They are deep thinkers who would prefer anything over being limited to one thing, and I feel like "Up There" touches with their adventurous souls.

Pisces have the tendency to leave reality to for a while, so "Leave" can connect with them in several ways. It also ties in with their tendency of overly trusting others, which can cause the slightly emotional responses associated with the sign itself.