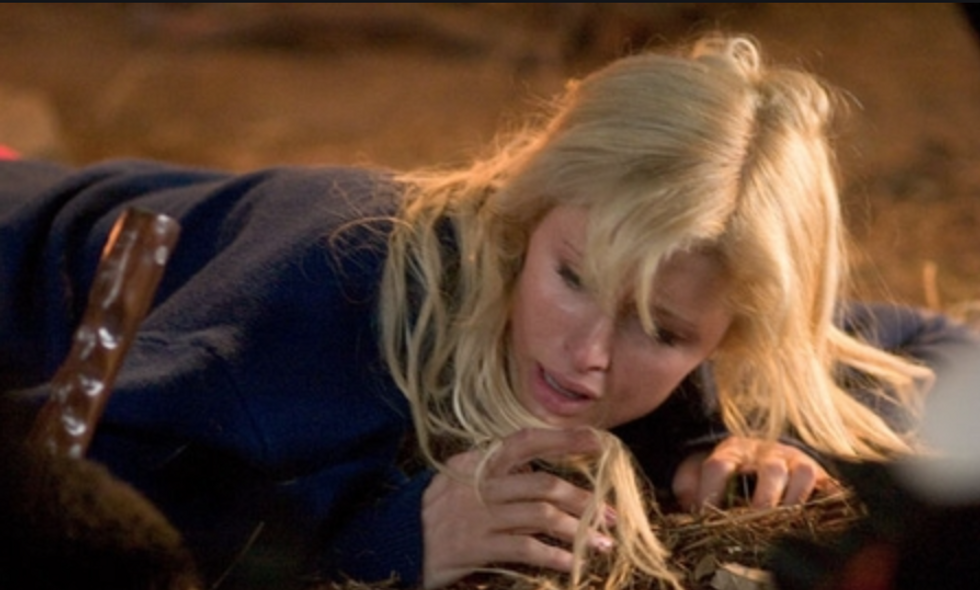 Taurus - The Resourceful One

If you're a Taurus, you already know that you'll be the one in the group who has ALL the supplies, weapons, food, and everything in between. You're resourceful, "the prepared one" (if you will). Everyone will look to you for survival...and also for all the good (stolen) snacks that you could gather up from abandoned homes, deserted stores, and food courts.

Gemini - The Clever One

Gemini's are the clever ones. While the killer's loose, you'll be the one to set the trap and catch the killer. It'll take perseverance and multiple attempts to finally apprehend the killer, but it'll all be worth it. And in the end, your friends always come in and help you to end this scary horror once and for all.


Aries - The One That Dies

Sadly, Aries would be the ones who would try to confront the killer but dies in doing so. Though, I do commend your service in facing the killer. You would be the first to get so close to the killer and try to save you and your friends, but in the end, it was just a good effort.

If your zodiac sign is Cancer, you best believe that you'll be hiding somewhere, out of sight. You will do anything to not get caught by the killer. Also, though you are a hider, your hiding spot will be the best of the best. You truly are the best hider of the group, with the exception of Pisces, who'll be 99.9% most likely hiding with you.

Wherever Cancer is you are there too. You are the other half of "the hider" and will most definitely be hiding alongside Cancer. Whether that be in a car, upstairs in a closet, behind a shelf, either way you both are in it for the long game and will never come out of hiding until it's all over.

Leos are protectors, guarders, and will keep his friends safe. Though, you'll probably mostly be guarding Cancer and Pisces (wherever they'll be hiding). You don't get a lot of action, but when you do, you'll do anything to keep the killer (or their henchmen) from killing your friends.

Virgo - The Sane One

Virgos are the last hope for sanity in the group. In the midst of everyone freaking out, having mental breakdowns, and doing "end of the world" things, you'll be telling everyone to keep calm and stick together. And as a last resort to keep someone other than yourself sane, you may have to slap someone and say "Get a grip!" It'll be both satisfying and very needed.

Libra - A Talker, Not A Fighter

Libras would flat out try to diplomatically talk the killer out of murdering everyone. Would this be successful...well seeing that Aries dies, not quite, but it's something. You would try to reason, and get them to think of something else to do than killing everyone. A pretty brave act, I must say, and I think that you may or may not use this line (below) as one of your arguments.

Aquarius - The One That Freaks Out

Aquarius would be the one that would do everything that's opposite from Virgo's rules of sticking together and keeping calm. You're far from that! Freaking out would be your expertise and maybe, just maybe, depending on the scary movie that you're in, you might get a little slap from Virgo.

WARNING: Everyone (especially the killer) watch out for Scorpios. After finding out what happened to Aries, Scorpios want revenge. You would go on a hunt for the killer and do anything to give the Killer a piece of their own medicine. You would probably be a lone wolf or bring a group of friends for backup, but you mostly work alone.

Sagittarius - The Unbothered One

Sagittarius, where do I begin? Firstly, you would be off to the side, unbothered, look at how everyone's reacting, and get bored. Then, in the first few minutes into the eerie situation, you would leave. To where? Probably somewhere safe and chill, where you can catch some sleep. But later, you would definitely come back to see the aftermath. Classic Sagittarius.

And of course...Capricorns would be the unexpected killer in the group. You would be strategic, picking one by one, who to kill off next. You will probably run into Aries, and sadly, kill them. And you'll have to watch out for Scorpio because they are ruthless and vengeful.