You're Not Better Than Sex Workers
Odyssey

You're Not Better Than Sex Workers

Stripping is about as easy as your jokes about sex workers are funny. (Hint: not at all.) 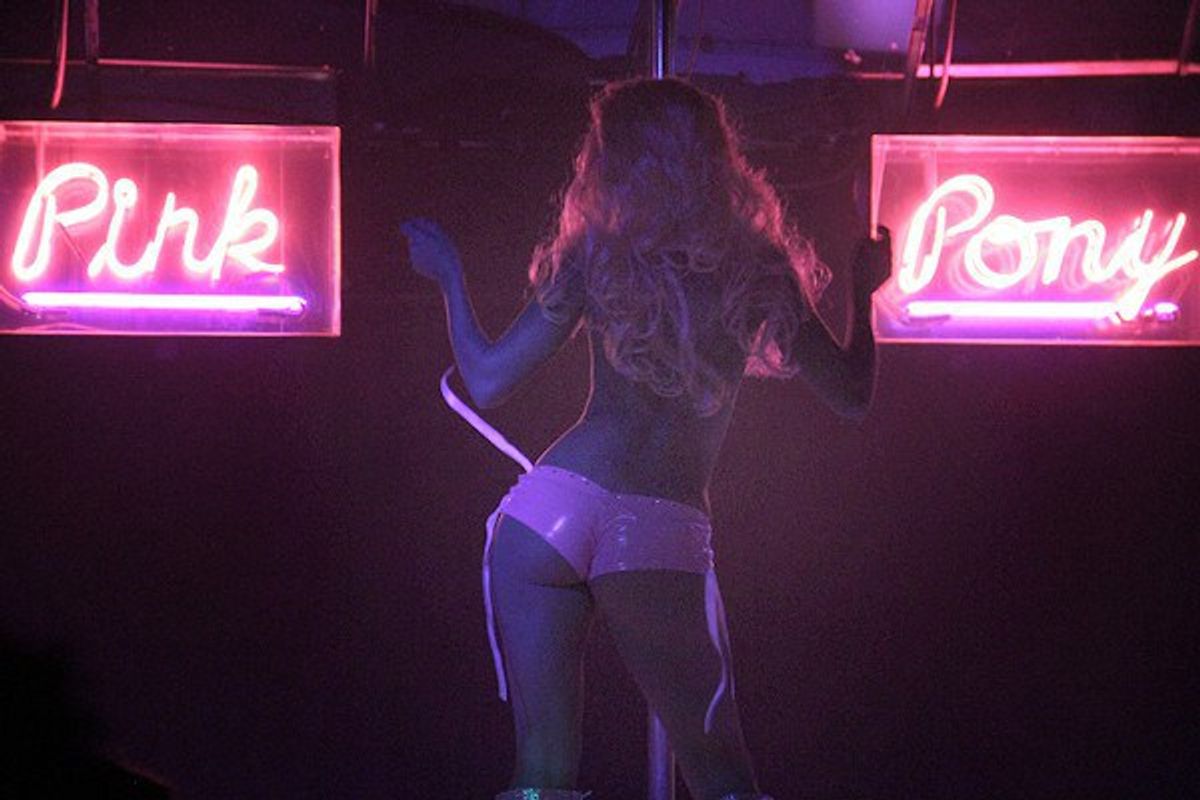 Bringing up sex in conversation is typically thought of to be improper conduct. Now, of course, there are situations in which it is inappropriate. Such as if you’re being a terrible person and harassing someone or asking invasive questions, or if the environment truly does not call for it (like your distant great great aunt’s funeral or something of that nature).

However, I’ve never found sex to be an uncomfortable topic. I even work at a sex shop where I frequently engage in conversation about the hottest new toys or flavored condoms. I’ve always found it amusing, entertaining, or interesting; in particular, the cultural stigma and ideas surrounding sex. In fact, the only time I’ve ever been uncomfortable during a conversation about sex is when it comes to the proclamation that virginity and purity are equated with superiority. It’s the same kind of obnoxious pretentiousness as when someone thinks they’re better than people who drink or smoke simply because they choose not to. It is absolutely a personal choice whether or not one chooses to indulge in certain “vices”.

It extends further beyond that. Even those who view themselves as progressive have certain prejudices that rear their ugly heads specifically when it comes to the topic of sexual behavior amongst women. People who will adamantly speak out against “slut-shaming” will in the same breath undermine sex workers. The particular types of comments I’m referring to are the ones where they’ll insinuate that they’ll just “become” a stripper if other things are “too hard” for them, suggesting that stripping is somehow an easy job.

This isn't even including the violence sex workers are subjected to. We've all heard the joke about "raping a prostitute", whether or not it's rape or stealing. It's those sorts of comments that perpetuate violence against these women and normalize it while simultaneously dehumanizing said women. When you dehumanize someone, it becomes a hell of a lot easier to make jabs at them and feel better about the fact you definitely just made a rape joke (hint: they're not and have never been funny).

The stigma comes from the pedestal we put sex on. If you’re a woman, it’s supposed to be a special, secretive thing you share with someone you love. If you’re a man, it’s supposed to be your natural urge. The Victorians didn’t even believe that women had sexual desire beyond wanting to be a good wife to their husbands. A woman's entire worth was based on her perceived purity. As women, they weren't even allowed to express chaste, romantic desire for a man until proposed to. Innocence was so widely desired and women were considered to be on the same par as children on an intellectual level. It was threatening to men when a woman expressed desire of her own because that meant she was not under the man's control.

While this all seems far-fetched now, it's not entirely removed from our own reality. Ignoring heteronormative implications for a moment, "virginity" is still important to a lot of men. In fact, a lot of men are boastful about being the first to "take" a girl's virginity. It implies ownership, as if she is now lesser and corrupted for sleeping with him. It's a creepy, unhealthy power dynamic. A girl waiting to have sex is equated with self-respect, a loaded term that has a double, more degrading meaning. To be a good, desirable girl you have to have self respect, perhaps be a virgin or only slept with one or two guys (three is pushing it). You must be modest, but still fun or you're a prude. It's all about balance right?

The stigmas are mildly humorous when you think about the fact that virginity is a fake social construct used to guilt women into feeling bad about their sexual encounters. You don't lose anything when you have sex for the first time. You aren't giving anything away. I can promise it's not going to be magical. It'll be awkward and kind of unpleasant, because like most things, sex is something that gets better with experience and time. Sex is just sex. That's all. Secondly, having sex with multiple people does not make you a bad person. Whether it's ten, twenty, or a hundred, the numbers don't matter.

Your jokes about being a stripper as an "easy" back-up plan aren't funny. They're disrespectful to women who work incredibly hard to support themselves and who are seriously under appreciated. Sex is in high demand, however there is no respect for those who supply it. You do not get to demand a service while simultaneously disrespecting those who supply it when you ask.