Why A Young Woman Like Me Will Be Educated Before Voting

Why A Young Woman Like Me Will Be Educated Before Voting

An evidence-based response and why #ImWithHer. 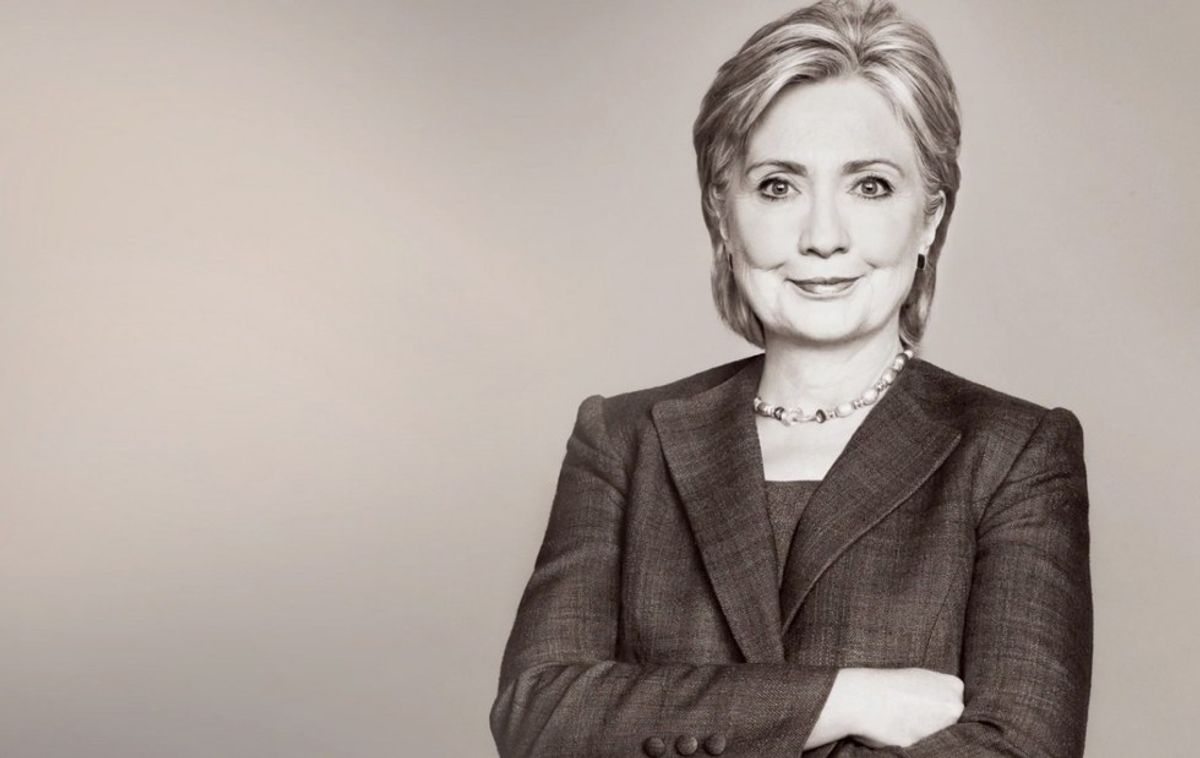 In a recent Odyssey post, a blogger shared why she wasn’t supporting Hillary Clinton in the upcoming election and why others shouldn’t either. The article is fraught with illogical reasoning that has little bearing in fact. Everyone is entitled to have an opinion, but you’re not entitled to your own facts.

It is the duty of voting members of society to know what and who they're voting for. The following statement will hopefully help to debunk the false claims made by the blogger and encourage voters to make informed decisions rather than accept poorly researched claims.

1. People aren’t voting for Secretary Clinton because she’s female, as the blogger claims they are. Intelligent voters have the sense to look past superficial, gender-biased arguments and evaluate a candidate’s public service record and policy proposals. Suggesting that women are voting for a female candidate without considering anything besides her gender is degrading and wildly sexist.

2. She makes claims of having been taught to never tell lies, yet the post is filled with fictitious statements. At the risk of making a Mayor Giuliani-level generalization, note that everyone lies. She claims that she cannot support a candidate who lies, but fact-checking sources show that Clinton is one of the most honest politicians regardless of what the blogger feels is reality.

To address the scandals that Crosier references, interested parties should watch John Oliver's recent segment where he explains that 14 congressional hearings and over $7 million spent investigating the Benghazi attack resulted in no evidence of wrongdoing by Clinton or the State Department. Additionally, it was arbitrarily pursued. In the past, there have been more attacks on American embassies and consulate properties with fatalities that haven’t been as thoroughly investigated.

And while, yes e-mails were handled carelessly, once again, a Congressional hearing was unable to find evidence worthy of bringing criminal charges against Clinton. I’m presenting the shorthand results of both scenarios because they have been argued incessantly, and there are more important issues that warrant discussion.

3. The blogger states that she couldn’t “support anyone who takes money from countries who oppress women…[like] Syria.” The money in question was taken for The Clinton Foundation, not Clinton’s presidential campaign. The allegation likely stems from the Associated Press report, later amended after it faced extreme scrutiny and was found to be false. She meant to say Saudi Arabia, UAE, Qatar, or Oman, not Syria. In those cases, it’s partially true. The Foundation accepted donations from those countries before and after her tenure as Secretary of State. Additionally, Hillary Clinton herself did not obtain those donations. Therefore, there was no political influence, and the contributions aren’t related to the Syrian refugee crisis. The Clinton Foundation is rated an “A-grade” charity by the most prominent, independent charity watchdog organization. Over 90% of its funds go towards programs that, among other things, combat HIV/AIDS, malaria and other life-threatening diseases in some of the most impoverished nations in the world.

She argues that a charity should’ve rejected tens of millions of dollars, later invested in programs that improve health and empower girls and women globally because a country’s culture doesn’t align with her personal values. It’s a complicated issue, and it’s understandable that many find it less than tasteful.

However, it’s ridiculous to believe that this compromises Clinton’s status as a feminist. She unapologetically commanded years ago that “...women’s rights are human rights,” rose as a strong, independent female lawyer during the anti-feminist movement and has been smeared for 25 years by the GOP because of her gender.

4. Clinton’s husband’s affair has no bearing on this election. An individual’s personal life is just that: personal. It’s awful that the infidelity happened and played out on a national stage, but even worse is to assume that “she didn’t mind at all” and that her reaction means she’d let other men treat her poorly. All of this doesn’t make her less qualified to hold the highest office in the country (look up victim blaming).

We have the capacity and obligation to do good for this world. We must reject false soundbites, seek the truth, and serve as examples to the rest of the world by promoting the values that should dictate the future we want to live in.

Voting is a responsibility that every American should hold dear. It’s the core of our democratic process, and we owe it to ourselves, our fellow citizens and our nation to be well informed come November 8th.

Educate yourselves. Empower others. Vote.