The Ace That Died Too Soon 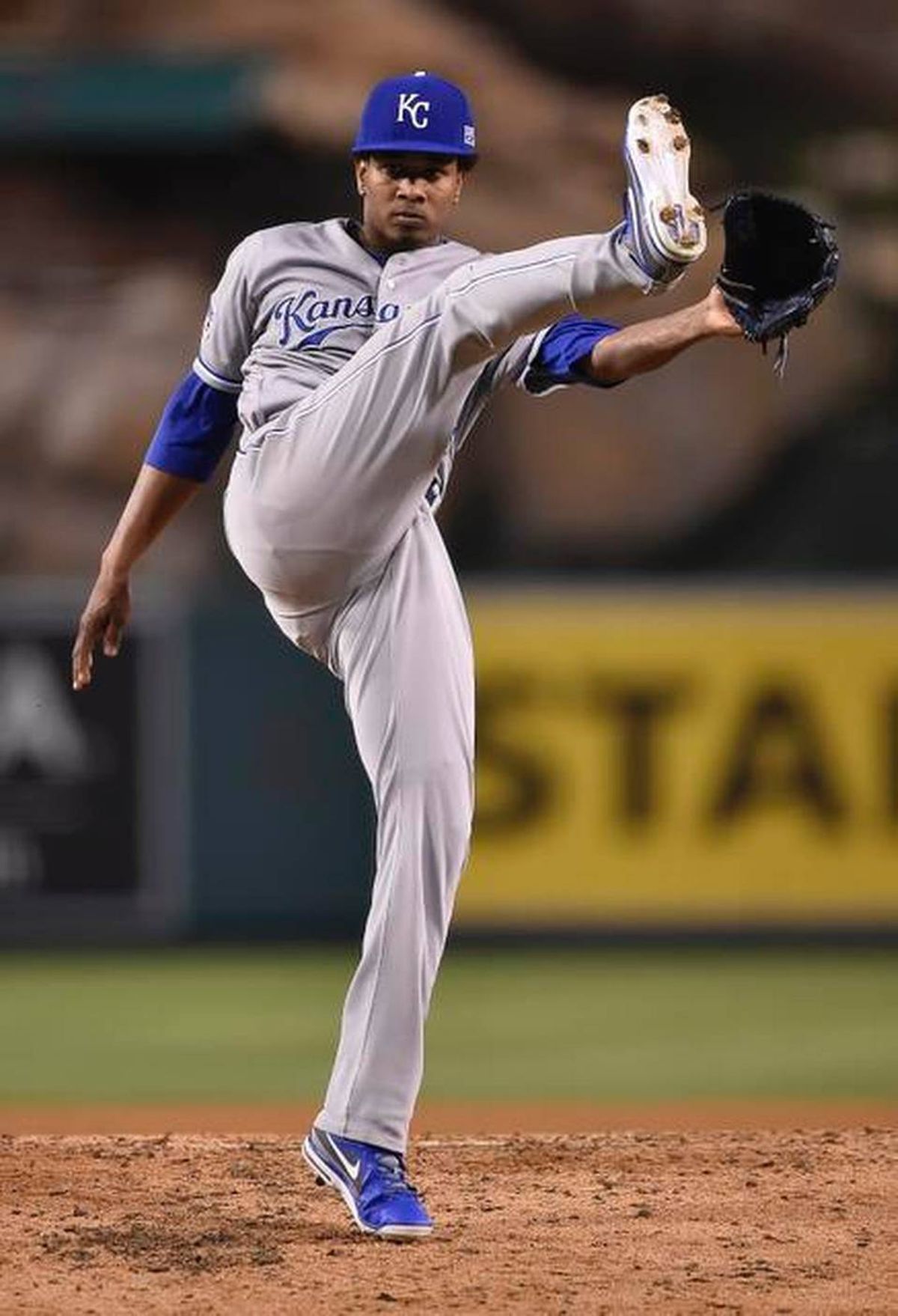 When Jose Fernandez died, the title of best young pitcher with the brightest pitcher fell on the shoulders of Royals ace Yordano Ventura. They were very similar pitchers who both threw gas with nasty off speed stuff, and looked completely out of control on their follow through. Seriously, watch video of them, they look like they’re about to fall over whenever they threw the ball. Unfortunately, Ventura died just last week in a car wreck in the Dominican Republic.

I never watched Fernandez pitch live, where as I fell in love with the Kansas City Royals watching Yordano pitch. The best way to say how I fell in love with the young Dominican fireballer is by telling the story. It was the 2014 playoffs, and my beloved Braves had no made the playoffs. I sat down to watch the playoffs, and the first game I sat down to watch had this twenty-three year old Dominican who had hit 101 on the radar gun earlier that year. I was intrigued, as a high school kid who threw 73, a young flamethrower made jealous and proud at the same time.

His story was fascinating, he was drafted by the Royals at 16, when he threw in the mid-eighties. Ned Yost, the Royals manager, would drive over in a golf cart to watch this actual kid throw bullpens for entertainment during spring training. He probably wasn’t thinking “This kid will be my Ace in the 2014 playoffs.” He continued to work on his stuff, and get stronger, until as a twenty-two year old, he was hitting 102-103 on the radar gun in spring training. He learned how to tone himself down to 96-99 and throw strikes.

But after the 2014 season, his progress was scary! He developed three pitches, in two years! You weren’t going to see 99 at the knees, or 84 in the dirt every pitch anymore. You’d see 90, which was his cutter/change up. You’d see 97 with a hard right turn, which was his devastating two-seamer. And you’d see 87, which was the second way to throw his breaking ball! Two different kinds of breaking balls! At 24 years old! He was turning himself into a bona fide five pitch ace, in his early twenties!

He had the experience, with eight playoff games pitched in his first two years at the big league level, and he had the stuff, with five game ready, devastating pitches. It makes the fact that he died last Sunday in a car wreck in his home country nearly impossible to stomach. He could have been the next Max Scherzer, the new Justin Verlander, but instead, he joins Tommy Hanson and Jose Fernandez as pitchers with nasty stuff and crazy potential who died in their twenties.

But Yordano will always a hold a special place in my memory. He is the name that I mentioned when someone asks why I like the Royals. Of course I also mention guys like Eric Hosmer, and Salvador Perez, but none of them made me look at the game in the same way as Yordano made me look at it. I don’t think I will ever forget the way he kicked his back leg up, and leaned back after delivering the ball, no matter the pitch. I don’t think any play in baseball will have more swag than the comebacker he fielded and threw to Hosmer, and he flicked the ball, and redid his leg kick. No pitcher will ever top his swag, his stuff, and what he did before the age of twenty five, at least not in my eyes.

In case you're tired of searching for new movies worth watching, consider going back in time for date night and watching a romance classic (or 30).

From black and white films to colorful '90s chick flicks (many of which I've watched alone or with significant others), the list below features romantic thrillers, rom-coms, historical romance, or just classic romantic stories for any given decade, here is a list of movies you need to add to your must-watch list ASAP.

4 Reasons Why You Should Join a High School Club or Activity.