It's much darker than a cute show. 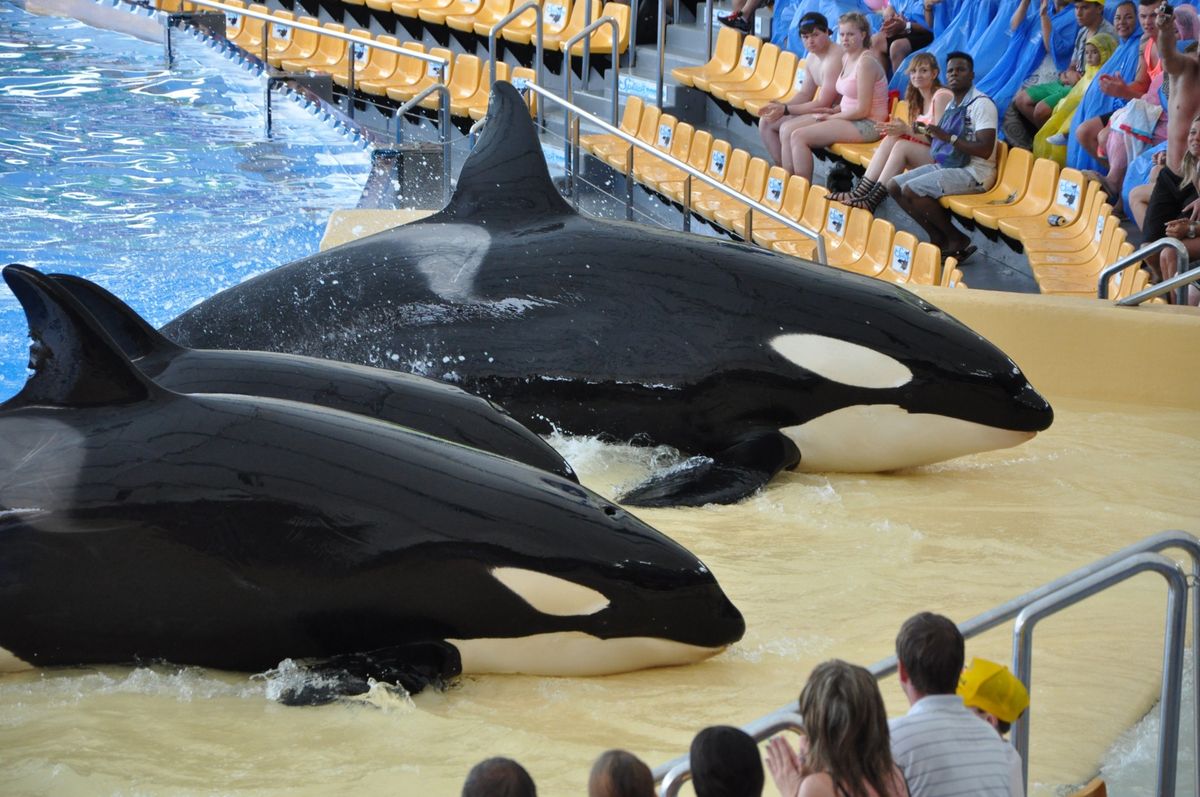 How many orcas have to die before we decide that keeping them in swimming pools isn’t a good idea? 40 orcas have died on SeaWorld’s watch. Most recently, the last orca born into captivity, Kyara, has passed.

Kyara was only three months old and had been born earlier this year in April. Kyara was monitored constantly in the days leading up to her death, until July 24th at the San Antonio park where she died from an infection that was growing rapidly.

22 orcas are still held in captivity at these parks. It is cruel to capture orcas from the wild, enclose them in areas smaller than the SeaWorld parking lot and force them to perform shows constantly to entertain humans. Animals are not ours to exploit.

Although orcas are friendly, SeaWorld has used that to make their profit. They portray the orcas to be cuddly animals to sell souvenirs, stuffed animals and tickets to shows. However, orcas can get very frustrated with the unfair conditions that they live in and it puts others at risk.

Tilikum, a 12,500 lb orca measuring 22 feet in length, has killed three people. Over 30 years ago, Tilikum was captured in Iceland and taken away from his family and natural habitat. He was held in a tank at a zoo for a year while they tried to send him to a marine park.

Tilikum was taken to Sealand in Canada — his home being a 100 foot by 50-foot pool that was about 35 feet deep. He was trained by not giving him food and was often attacked by female orcas. The orca developed stomach ulcers from the exhaustion and the stress put upon him. He was locked in a small area with the two female orcas who attacked him when Sealand was closed.

In 1991, Keltie Byrne, a trainer, fell into the tank with the orcas. Tilikum pulled her to the bottom, and the three orcas tossed her around until she drowned. It took hours for them to recover the trainer's body from the orcas. Sealand then closed and put Tilikum up for sale.

SeaWorld, knowing he was the largest orca in captivity, couldn’t wait to get their hands on him for breeding purposes. 54 percent of the orcas in captivity have genes from Tilikum as his sperm was used to bring SeaWorld more orcas to profit off of.

During his 21 years at SeaWorld, he showed many signs of aggression — two of these cases taking lives. Daniel Dukes and Dawn Brancheau were both killed by this frustrated orca. SeaWorld tried to cover both deaths, claiming they were accidents or they had drowned. They refused to admit that Tilikum had anything to do with it or even that he showed aggressive behavior, however, eyewitnesses brought the truth to light.

Tilikum was isolated for a year after these events and then returned to performing. Even after all of this, SeaWorld is asking the government to allow humans to swim with the orcas despite the risk.

In nature, aggression in orcas hardly exists. However, with the orcas being frustrated and in captivity, it is more common and puts both the orcas and the trainers in danger.

SeaWorld will never have my support because it is wrong to capture any species from their natural home and force them to live under a company’s conditions. If these were domestic animals rather than orcas it would be unacceptable. This IS unacceptable, so why do we keep supporting SeaWorld?

The quality of life of these orcas is significantly less than in their natural habitat as well as the length of their life span. This company does not care about the overall well-being of the orcas or the safety of the trainers. Please, don’t go to SeaWorld. There is nothing entertaining about these beautiful creatures being held captive.