Why You Shouldn't Snoop
Odyssey

Why You Shouldn't Snoop

Snooping is wrong and can be handled differently. 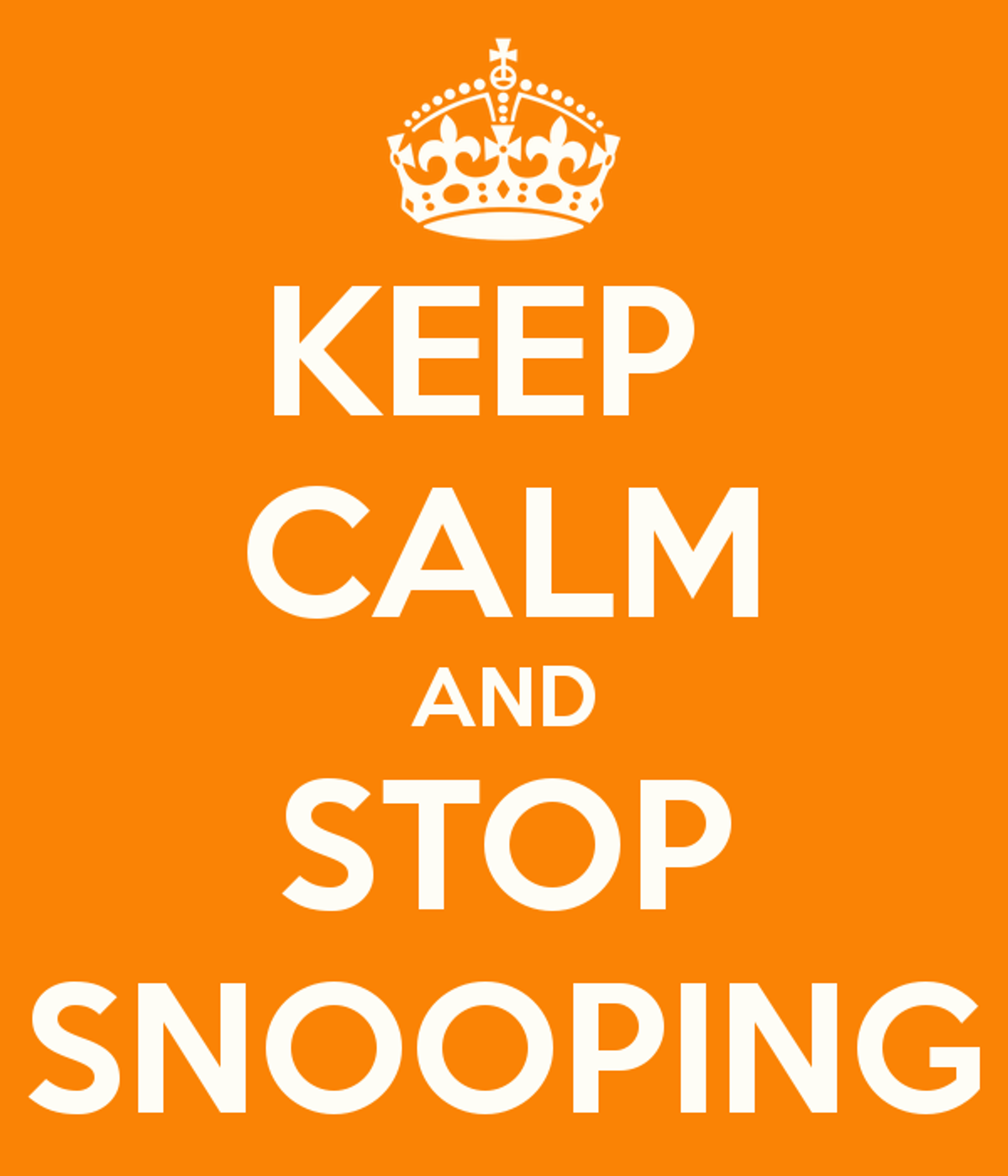 Almost everyone has either done or has wanted to. I’m talking about snooping; snooping can be anything from looking through someone’s dresser drawers to reading their diary to looking through their phone. Even if it seems harmless at the time, it never really is. When you snoop through someone’s stuff, it means that you either don’t trust them or you have nothing better to do so you decided to be an untrustworthy person.

If you are the one who does the snooping, ask yourself, “Why am I doing this? Am I trying to find something that will prove this person to be untrustworthy? How would I feel if someone was doing this to me?” If you wouldn’t want the same thing to be happening to you, then don’t do it! After all, that is the Golden Rule; treat others the way you want to be treated.

The thing is, many people do it. A study in the United Kingdom showed that 34 percent of women and 62 percent of men snooped on their partner’s phone without permission; doing this can be detrimental to a relationship. One YSU student (who wishes to be anonymous), said, “I would never be in a relationship with someone who did that to me. If they can’t trust me, then they aren’t worth it.”

However, if you feel that you have a good reason to be snooping, you can handle things in a better way. For example, if you think your significant other is cheating on you because they act shady with their phone or are less communicative; try talking to them instead of snooping. Approach them with your feelings in a calm manner. You can start with, “I feel like you are avoiding me and aren’t talking to me as much. Is there something going on? I want you to be honest with me.” If they don’t talk to you about whatever is going on, then you can either give them some time or seriously confront them; you can’t spend your time wondering if they are doing something wrong.

Granted, there may be times when it’s alright to snoop, but only after you have tried speaking to the person first about your feelings. There have been plenty of times when a person has snooped on their significant other’s phone or computer and have found out they were being cheated on or worse and because of their snooping, they were able to get out of a bad relationship.

If you snoop, you will only make things worse. When that person finds out, they won’t be able to trust you again; or at least they will have a lot of trouble trying to. It is good to be open and honest with the people in your life. If someone is unwilling to do so, then maybe they shouldn’t be a part of your life. Also, don’t even try to justify snooping. It just makes the situation worse, especially if you didn’t find anything.