25 Things Every Girl Has Done To 'Test' Her Boyfriend

If You Don’t Do These 25 Petty Things To 'Test' Your Boyfriend, Are You Even Dating?

I'm only slightly ashamed to admit that I've done most of these things. 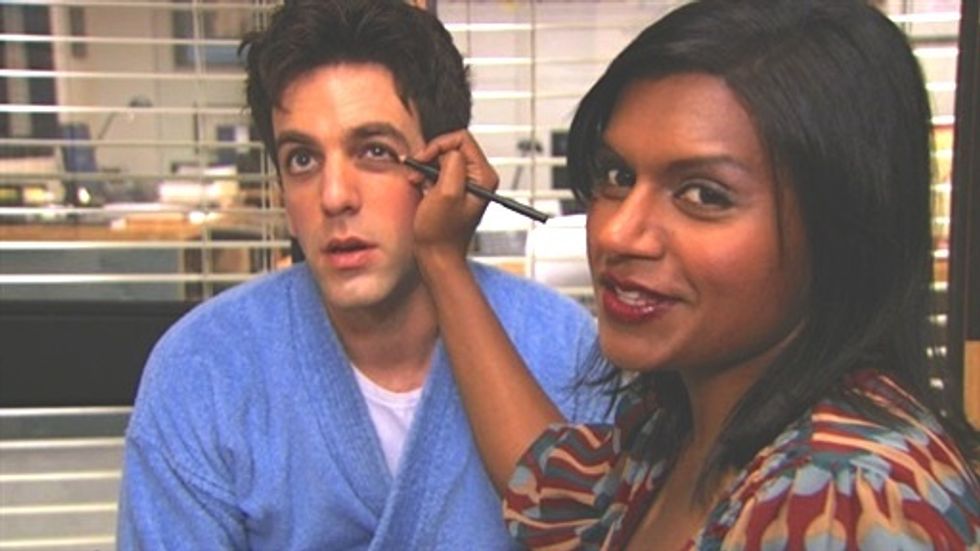 In the world of love, dating, and relationships, open communication is key. You should be talking about your feelings and emotions, what you like and don't like, and freely speaking your mind. However, I think I speak for a lot of people when I say that sometimes girls do certain things just to test their significant other.

Maybe you're wondering if he truly loves you.

Maybe you're wondering if they're mad at you.

Maybe you just want to see how your significant other will react.

And while I hate to say it, I'm sure some of you do it just because you're jealous (we've all been there).

Below I've amassed a list of things that I have done as well as what others have told me they've done. While you might not do everything on this list, I guarantee that you've done at least one of them.

Say you're "fine" when you're not fine.

Maybe you guys get into an argument and you tell him "it's fine" or "you're fine" but in reality... it's not fine. The question is... Does he fall for it? For his sake, I hope not.

Pretend you're mad at him to see how he'll react.

Will he flip out? Will he try to talk it out with you? Will he catch your fib? The possibilities are endless.

Say you don't know where you want to eat out but you actually do.

... I might chalk this one up as girls being girls. In my defense though, sometimes I don't want to suggest a place to eat in case he's not in the mood for it.

Telling him you're not hungry when he's eating to see if he'll offer to share.

I do this and the majority of the time I'll ask when I'm actually not even hungry just to see if he shares. Remember, sharing is caring.

Telling him you're cold to see if he offers to warm you up.

Offer to pay for dinner to see if he'll offer instead.

I would like to state that I am a firm believer that the boyfriend should not have to pay for everything. I am all for splitting bills or taking turns!

It's just... another test I guess.

Question them about random facts to see if they "know" you.

Say you crave [insert food] and see if he offers to get it for you.

I am guilty of doing this and then when he offers, I will adamantly turn him down. But trust me, I'm not (that) difficult.

Turn away from him during cuddles to see if he pulls you back.

Sometimes it's just nice to see some affection.

Let go of his hand when hand holding to see if he'll pick it back up.

Once again, all about affection.

Ask him if he thinks another girl is pretty.

I'll admit that I do this but only because I appreciate and admire other girls! I genuinely do it because I think other girls are pretty! Unfortunately, I know that girls do this because they are jealous.

Turn down sex to see how he reacts.

If he really loves you, he won't get mad.

Ask him if an outfit looks good on you to see what he says.

Sometimes there's a fine line between telling the truth and complimenting your girlfriend.

Do little things here and there to see if he says thank you.

Sometimes we want to see that they appreciate us.

Cook for him and waits to see if he'll thank you or compliment the food.

Once again, appreciation. Also, if my boyfriend tells me my cooking sucks, he can bet his ass I'm never cooking for him ever again.

Criticize yourself to see if he'll stand up for you.

Maybe you'll say your arms look fat in a picture. His response should be "No, you look beautiful."

To be honest, this isn't always done as a test, sometimes we say what we feel about ourselves and I think it's important to boost your girlfriend up.

Wait to see if he does certain things the exact way that you like it.

Fun fact about me: I am very adamant about having the toilet seat down when flushing. Sometimes I'll watch him flush to see if he puts the lid down and if not, you better believe all hell breaks loose.

When you tell him you "can't hang out" to see if he keeps asking you to hang out.

I am proud to admit I don't do this but I know certain girls do.

Steal his hoodie and see if he asks for it back.

Trust me, all girls want their boyfriend's clothes. Yes, I might have 40 hoodies but I want yours.

Sit on the opposite side of the couch to see if he'll scoot towards you.

Again, affection. It's the little things.

Testing him on the conversation you just had to see if he was actually paying attention.

We want to know that you care. And that you're paying attention to us.

Not reminding him of important dates/details to see if he remembers.

Again, pay attention to us.

Asking for their phone to see if they give it to you.

I'm not someone to snoop but I think it's just a sign of good faith if they aren't super protective over their phone. You might not even want to go through it but it's more of a "test."

Telling him you're hanging out with a boy to see if he gets jealous.

Your boyfriend should trust you no matter what.

It's important to note that not everything up there is a test. Sometimes girls do things just because that's how they are. It's not always a test, believe it or not.

On a side note, I want to thank my boyfriend (as I'm sure most girls will after reading this) for putting up with me through my constant crazy moods and behaviors! You're a trooper.