Why I Wish Football Was Bigger At My College
Odyssey

Why I Wish Football Was Bigger At My College

Football can be such an important part of people's college experience, so why not here? 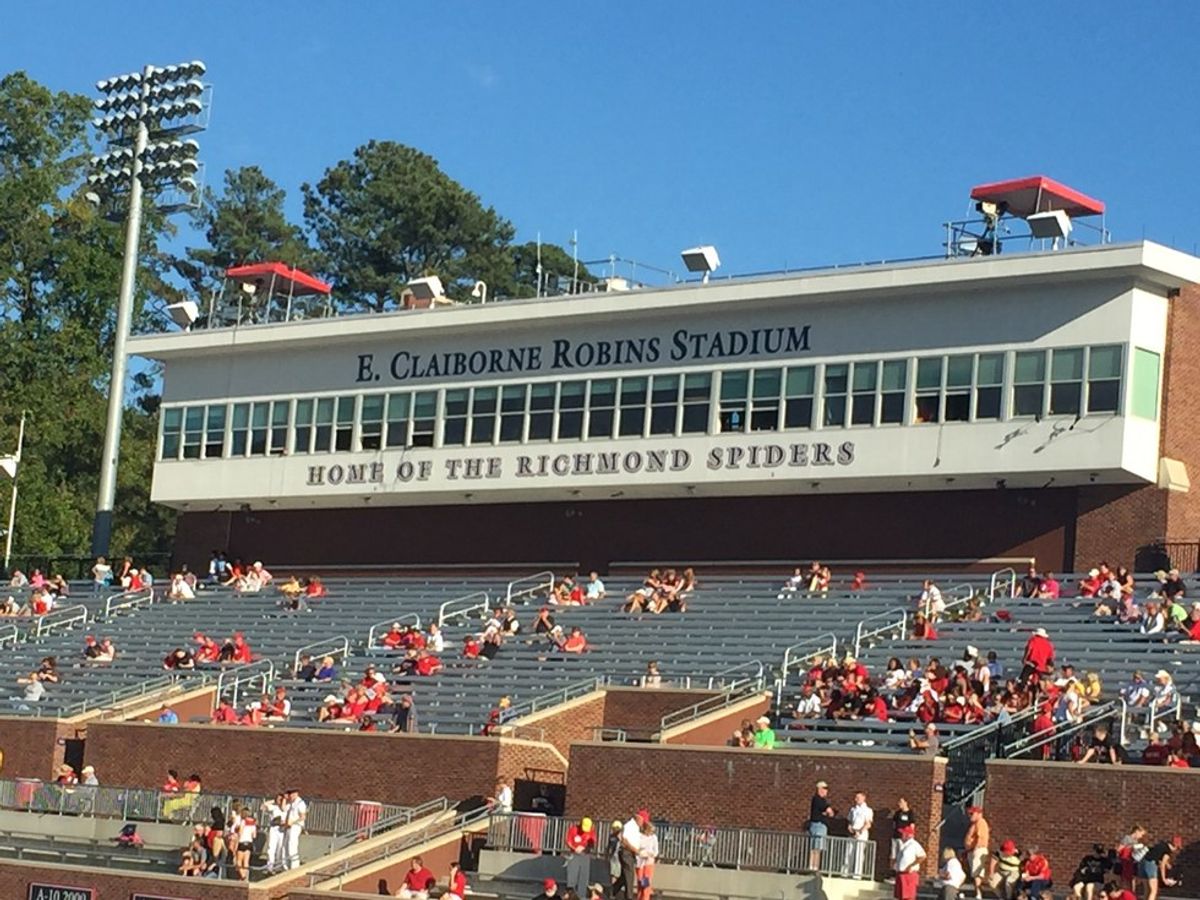 Football games are such a common part of a college experience. It typically goes that bigger schools have higher profile football teams and therefore more people go to watch the games. Schools like Ohio State and Auburn have huge game day festivities, Auburn has more than 30,000 students, OSU with 60,000. Richmond, a small school with about 3,000 undergraduate students has a stunning stadium built in 2010 and a great football team but lacks the student body's support.

The Spiders are third in the CAA and have won the six out of our seven games this season yet still we have poor student turn outs at games. The two most successfully busy games of the season were the Family Weekend game and the Homecoming game.

I wish that Richmond was into watching football games more because when we have a crowded stadium with people cheering "WE ARE, UR" and the blue sky there is really nothing more mood lifting than being invested in a game and cheering for your team.

To tailgate with friends before and with everyone wearing red or blue as a fan is great fun. There is always some poor person trying to win a cash prize by kicking the ball through the field goals... and never making it.

Watching sports on your couch at home isn't the same as being within the crowd cheering your team on. I had never seen American football before last year and it quickly became a part of my life. Now as a college student, especially one with FREE football tickets, I find myself learning to enjoy the experience of football games.

I can see the other side: We are college students after all and work has to be done and football is a commitment with four quarters at 15 minutes apiece-- that becomes four hours real quick. I do think that people enjoy the game though and that if we were all to be a little more interested, football games could be something we all looked forward to and attended more often.