Why Transgender-Inclusive Bathrooms Are Really No Big Deal
Odyssey

Why Transgender-Inclusive Bathrooms Are Really No Big Deal

No one deserves to be discriminated against. 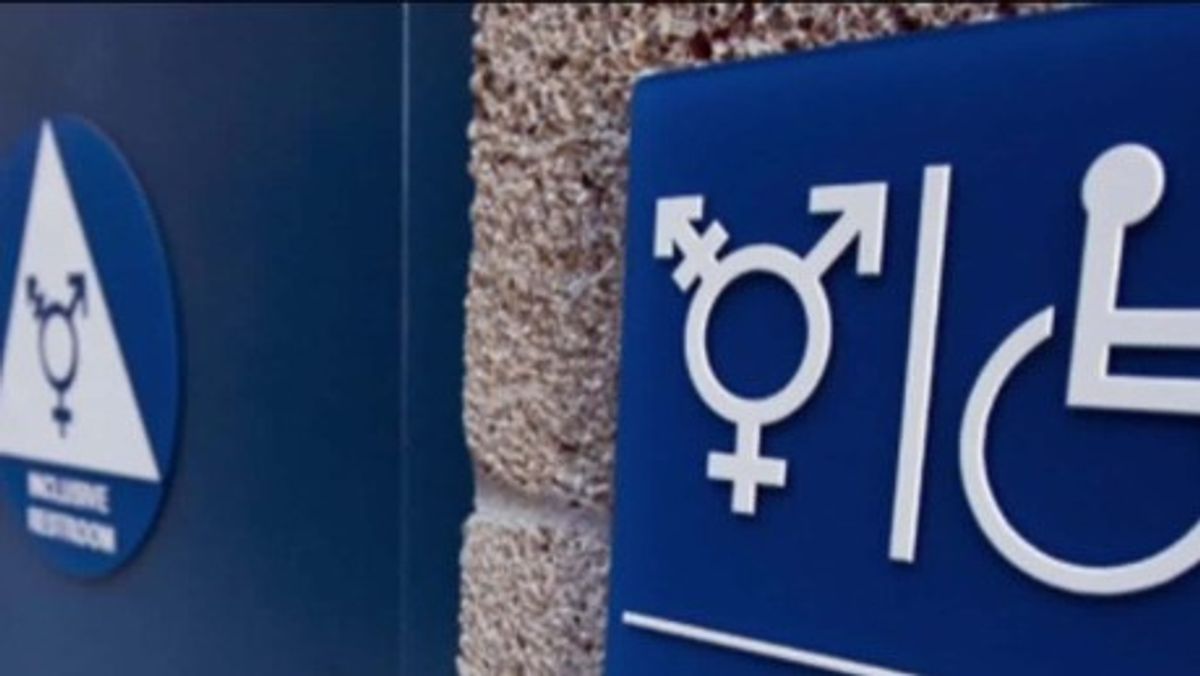 Target’s transgender-inclusive bathroom policy has sparked a ton of controversy lately, eliciting polarizing reactions from the internet. Many people are protesting allowing transgender people to use the bathroom corresponding with their gender identity, resulting in the American Family Association starting a petition to boycott Target. Not only is this petition inherently genderist, but it is also discriminatory against and insulting to the transgender community, facts I will prove as I break down the petition step by step with quotes taken directly from the AFA website.

1. “The retail giant said it would allow men to use the women's restrooms and dressing rooms in their stores.”

It’s obvious that the person writing this American Family Association petition has little to no knowledge of what it means to be transgender, socially, politically or emotionally. The actual statement from the Target’s Corporate Website says that Target “[welcomes] transgender team members and guests to use the restroom or fitting room facility that corresponds with their gender identity.” This amazing policy of inclusion and equality from Target stands in support of the federal Equality Act, an extremely important act that would prohibit discrimination against members of the LGBT community. Therefore, this petition, with it purpose of attempting to prohibit transgender peoples from using the bathroom with which they feel the most comfortable, is discriminatory in nature.

The above statement should then be rewritten as such: Target said it would allow transgender females to use the women’s restrooms and transgender males to use the men’s restrooms. Calling a transgender female a “man” is insulting. She identifies as a female and therefore should be allowed to use the woman’s restroom. It is no different than a woman entering the woman’s bathroom or a men entering the men’s bathroom; they may not have been born into that sex but that is the gender with which they now identify, their genitals have nothing to do with it and are not anyone’s business.

2. “This means a man can simply say he ‘feels like a woman today’ and enter the women's restroom...even if young girls or women are already in there.”

This statement is not only wholly inaccurate, but also completely offensive to the transgender community. The emotional, physical, and spiritual process that it takes to realize yourself as a transgender individual cannot be reduced to the phrase, “I feel like a man/woman today.” This process can take years, wherein the individual may change their appearance, lifestyle and body to reduce the dysphoria that comes with being trapped in a body completely different from the gender with which they identify. Reducing the turmoil that transgender people go through and equating it to the thoughts of a sexual predator is insulting; after all of the discrimination they go through in every other aspect of their lives they deserve to use the restroom in peace.

In fact, many of the people that Target’s policy will benefit are transgendered children, teens, and young adults. It is discriminatory, unsafe, and emotionally damaging to force a young transgendered girl to use the men’s bathroom because that’s what her sex is shown as on her birth certificate, and the same thing goes for young transgendered boys as well. If the AFA was really worried about protecting the children, they would be in full support of Target’s policy, but instead they continually prove that they don’t care about anyone, children or otherwise, in the trans community.

No. Sexual predators exist whether or not bathrooms, Target’s or otherwise, are transgender-inclusive. In fact, being sexually assaulted in a bathroom by a stranger, as the AFA is claiming will happen frequently, is actually quite rare. The National Center for Victims of Crime reports that “three out of four adolescents who have been sexually assaulted were victimized by someone they knew well,” i.e., not a complete stranger in a gender-inclusive bathroom. On top of that, if all of these purported sexual predators have been using the men’s bathroom the whole time, why hasn’t the AFA been worried about the male victims of sexual assault as well? One in five girls and one in 20 boys are a victim of childhood sexual assault, as listed on The National Center of Victims of Crime’s website.

Additionally, insinuating that transgendered people are sexual predators and linking their ability to use the bathroom in which they feel comfortable with a rise in sexual predators is reprehensible. Transgendered people are not sexual predators. They want to use the bathroom that corresponds with their gender identity because they want to feel comfortable, not because they want to prey on children. There is a massive difference between someone, transgendered or not, that simply wants to use the restroom in peace, and a sexual predator who is trying to peep on your child. If you can’t tell the difference between the two, maybe you need to step back and look at your own life and how you’re protecting your child, rather than falsely accusing others and denying them basic human rights.

4. “One solution is a common-sense approach and a reasonable solution to the issue of transgendered customers: a unisex bathroom. Target should keep separate facilities for men and women, but for the trans community and for those who simply like using the bathroom alone, a single occupancy unisex option should be provided.”

This “reasonable solution” really isn’t reasonable at all. It is sneakily discriminatory, exclusionary, and genderist. Forcing transgender people to use a separate bathroom is just as genderist as forcing African Americans to use separate facilities was racist. It also explicitly shows that the AFA is not actually concerned with the safety of children, but rather is just uncomfortable with the idea of transgendered people as a whole. There are already laws that prohibit people from videotaping, peeping and participating in other criminal activities in public restrooms. Therefore, prohibiting transgendered people from using the bathroom of their gender identity isn’t about protecting people from sexual predators in public bathrooms, something that the law already does, and is actually about denying civil rights to a group of people. Transgendered men and women deserve the same rights as anyone else and shouldn’t be excluded or discriminated against because their sex and gender are different.

If you feel uncomfortable using the restroom with a transgendered person, you can feel free to use a unisex bathroom if one is available. It is not your place to police other people, their gender, or their bathroom rights. Transgendered people should not feel as though they have to be accommodating you. In fact, as Lambda Legal points out on their Know Your Rights: Transgender Bathroom FAQ page, “In Cruzan v. Special School District #1, decided in 2002, a Minnesota federal appeals court ruled that it isn’t the job of the transgender person to do the accommodating.” Legally and ethically you have no grounds to police anyone’s use of the bathroom or their gender identity.

It is clear through their transphobic language, unfounded accusations and discriminatory ideas that the American Family Association, and their petition for the boycott of Target over the company’s gender-inclusive bathroom policies, only seek to ostracize and criminalize the transgender community. Transgendered people are just people trying to use the bathroom. They deserve the right to do so in peace just like anyone else. It is not anyone’s place to criticize them, accuse them or make them use a bathroom in which they feel uncomfortable.

We need to be more supportive and inclusive of the trans community and this petition is a huge step in the wrong direction. It just confirms the fact that many of the people agreeing to this boycott are undereducated about trans matters or are just plain genderist. Support Target, support equality, and most importantly, support the trans community.