By the power of Ra, it is incredible. 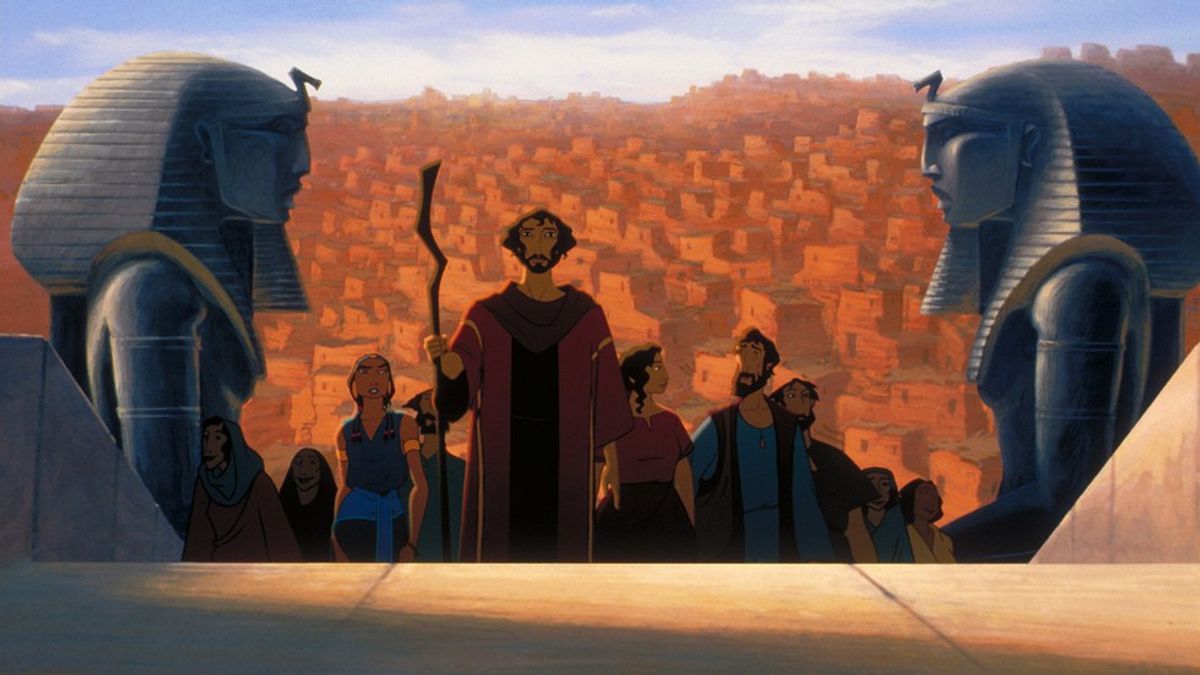 If your parents loved you at all as a child, then they had to have had you watch the epic motion picture "The Prince of Egypt." As I have grown up and encountered the world, I have found that several of my friends, even those who had a normal childhood, have not seen this masterpiece. I was baffled when I discovered that my fellow animated movie-lovers had not seen this movie. My heart went out to them, I can only imagine how disappointing their childhood was. Think I'm overreacting? Well as Moses sings in the film, "They couldn't be more wrong." Here's why.

Check the "Prince of Egypt"'s IMDb page lately? I have! The film came out in 1998, I was 3 years old. I didn't get to see it in theaters, not that I would have remembered it anyway, but thankfully, my parents loved me enough to buy the VHS copy. Yes, I still have it, and yes, I'm watching it right now. 1998, prime time for animated movies. Disney and Pixar were bringing home all the bacon and it was time for DreamWorks to take a whack at it. So in order to make a splash in the pool of animated films, DreamWorks got a banging cast.

Val Kilmer was the voice of Moses/God, so no wonder I always thought Moses was kind of hot. Ralph Fiennes voiced Rameses, which was tragic, because *spoiler* he dies at the end, and who wants to see Ralph Fiennes die? No one; I want him to live and live long and live in my house and make me waffles. And the banging cast carries on with Michelle Pfeiffer, Sandra Bullock, Danny Glover, Patrick Stewart (pre-"X-Men"), Helen Mirren (the queen of the world literally playing the Queen of Egypt before she played Queen Elizabeth in "The Queen"), and last but not least, Steve Martin and Martin Short play Hotep and Huy, the Pharaoh's henchmen and the male equivalent to the three witches in "Macbeth." Basically, Leslee Feldman, the casting director, was not messing around.

My favorite thing about this movie is that it is an epic, historically crucial Bible story romanticized. It's so good that I'm wondering why God didn't just go and rewrite the story after the movie came out. For being a film, it's fairly accurate, besides the obvious dialogue and extra events that they added to fill in time and make the story a little bit spicier. It brings life to the characters that we don't get to read much about in the Bible, like Miriam or Moses's Egyptian family. His relationship with Rameses is one of my favorite relationships in all of film/television. Moses is so loving to Rameses and his heart keeps hardening plague after plague. My other favorite thing about this movie is how if it never lags for a second, it's constant entertainment, unlike many Disney films back in the day. One minute baby Moses is splashing—basically in a submarine made of sticks—then he's killing an Egyptian to protect a Hebrew slave. Then he's running away, falling into a well, marrying Tzipporah, dancing as Jethro sings "Through Heaven's Eyes" and talking to a burning bush that doesn't actually burn! It's insane!

On a more serious note, this is one of the most epic stories in the Bible. It's one of God's big declarations of love and protection to the Israelites, and God's not going home, so He does it big. The movie helped me visualize what it must have been like to see the sea to part for millions of people to walk through it. How cool is that?

The soundtrack is "lit." Stephen Schwartz ("Wicked," "Pippin," "Working," "The Hunchback of Notre Dame," "Godspell") composed most of the music with did Hans Zimmer (a ridiculous amount of amazing film scores), so obviously it's got one of the greatest soundtracks ever. Several of the cast members sing the songs themselves and then they threw in Whitney Houston, Mariah Carey, Boys II Men, Amy Grant, and K-Ci & Jojo on a few of those to make it even more incredible.

I love this film so much because it's so refreshing to see a classic story like the story of the Jews' exile out of Egypt on the big screen and shown in a not too "flamboyant" or "low budgeted" way. It showcases God's power in a way that left you awestruck, as it always does. It is a great film and DreamWorks made a good move producing it.

Glorie Martinez
5023
Why I Write On Odyssey