Why The Hell Not?
Odyssey

Why The Hell Not?

Why Christians don't talk about Hell. 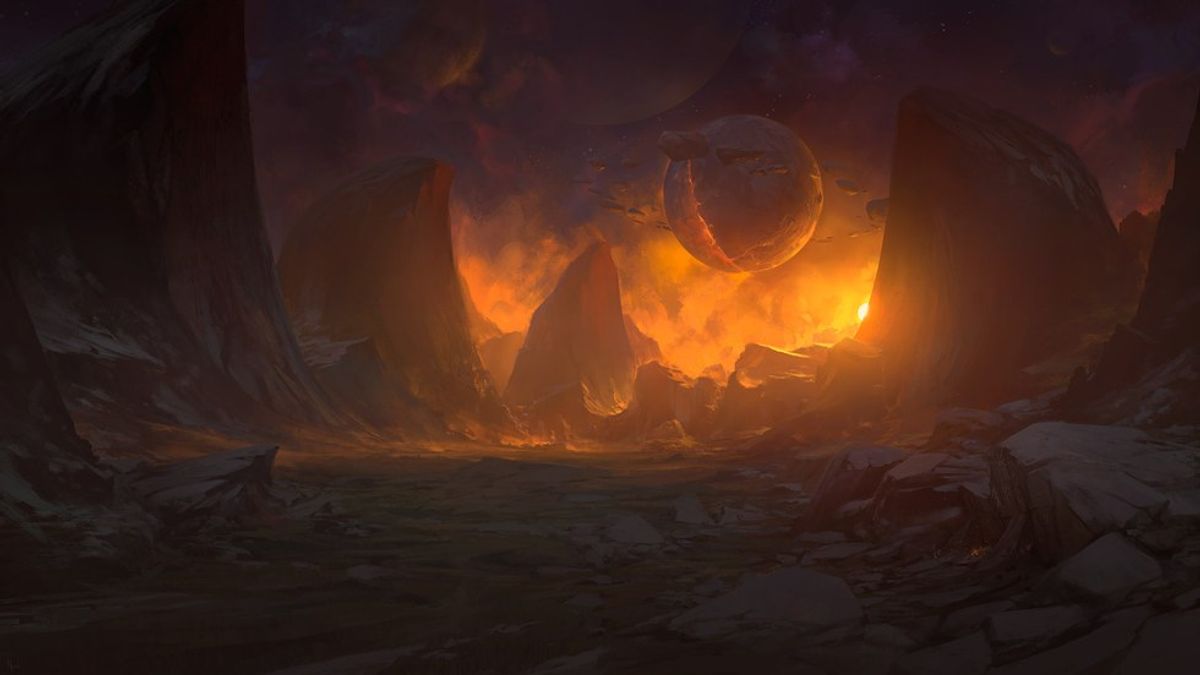 "Two roads diverged in a wood, and I took the one less traveled by, and that has made all the difference." When Robert Frost wrote "The Road Not Taken," he was mocking the indecision exhibited by his good friend (Edward Thomas) on their walks. Although it wasn't intended as religious commentary, it fits very well. In the race that is our life, there are two roads. Those who follow Jesus Christ down the straight and narrow: they are on the road less traveled. It will make all of the difference for our eternal souls. But how about something we don't talk about very often; what about everyone else? We know Christ is waiting for us in Heaven at the end of our road, but what's at the end of the other road awaiting the rest of humanity?

Hell is a very serious threat to all of mankind. A place of fire and brimstone, it's where sinners are condemned to damnation for all of eternity. Many people we know and interact with in our daily lives will end up there if we don't evangelize. So why is it so rare for Hell to be a topic of discussion among the Church? Well, it's hard to pinpoint exactly. But one major reason is how much we value church attendance.

Most churches care about attendance. The bigger the church is, the better it's doing. Too many church bodies are judged based on the number of attendees, rather than the spiritual health of those in attendance. And who wants to hear about Hell? People like to talk about happy topics. Love, forgiveness, grace, all of the good stuff. Fire and brimstone sermons aren't going to invite people in, and that's the focus of most churches. Therein lies the problem. Churches don't plant the seeds in people to believe, the Church does. It's not the responsibility of our pastors to invite people in, that responsibility belongs to us, God's people, in our own daily lives. Many people will be angry when we tell them the truth regarding Hell, but why?

This is the golden age of political correctness in America. So saying that other are damned to Hell for not believing what we do is offensive to everyone, right? Well, if we believe that the Bible is truly God-breathed and God-inspired truth, then what it says cannot be false. This means that we have to believe that what it says about those who don't follow the Lord our God as true. "These will pay the penalty of eternal destruction, away from the presence of the Lord and from the glory of His power." (2 Thessalonians 1:9) Naturally, people are going to be uncomfortable with that. Some will get angry, say we falsely condemn them. But that is biblical truth and as a servant of the Most High God, I stand behind that statement with every fiber of my being. The gravity of that condemnation will scare many people, but it can be used as a tool to grow God's kingdom.

I could go on and on about Hell and it's importance in modern Christianity. So I will. These are just a few reasons why we don't talk about Hell. Next week, I'll move on from why we don't talk about damnation to why we should. Please continue to pray for me as I continue to share what God has placed on my heart. I hope everyone has a good week. Go out and spread the Good News that we have an escape from this Hell. God bless