Why I Run
Odyssey 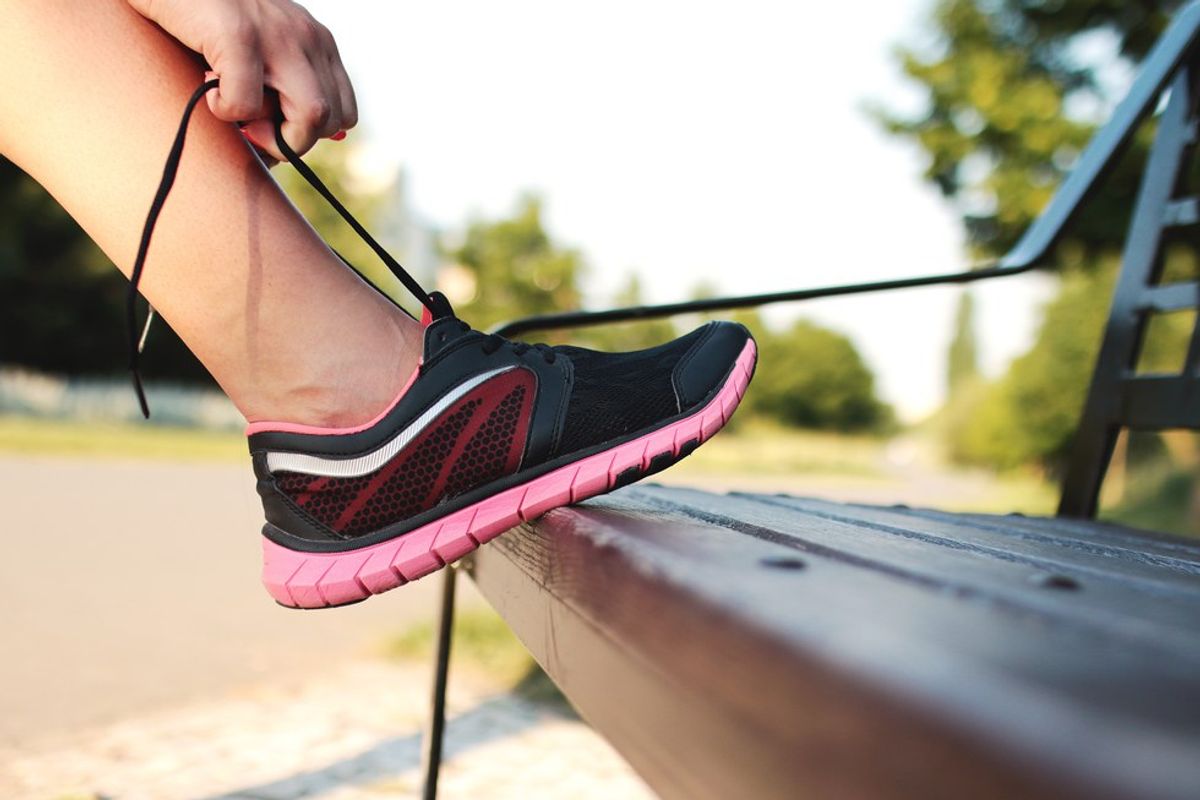 I didn’t like long-distance running before, though I was always curious about it. When I was a little girl, I was the fastest kid in kindergarten. I could even beat the boys, which earned me a badass title among the other girls. As I got older I became less of a fan. I dreaded running the two laps (which didn’t even make one mile) around the school during P.E. I didn’t think too much about running afterward until I saw my cousin run. One day I accompanied her to the park where she would do an individual training session. My older cousin has been in cross-country and track, and at that time, she was training for XC season. I watched her as she effortlessly placed one foot in front of the other, she didn’t look like she was dying. Quite the opposite, she looked like she was enjoying the run and I was fascinated by it. I wanted to try too.

My experience was different. I was dying along with her. Though, she took the time to each me how to breathe. I remembered thinking, “There’s a different way to breathe?”

I didn’t get into running until my freshman year of high school. I decided to join the cross-country team for two reasons: one, all my family members are athletes of some sort, and two I used to run in my childhood now I want to learn how to do it correctly.

So, before I started training with the team I asked my running fanatic aunt to help me out. She, along with my track, cousin and my other cousin trained me in the Rose Bowl. At first, I couldn’t even run a solid 5 minutes. It was hard getting into the motion of running and at times I wondered why am I even doing this? I don’t like the sport! Why am I torturing myself? But slowly that one minute became two, then became four and so on. Suddenly I didn’t need too many breaks to catch my breath.

But I still didn’t fall in love with it.

Three months afterward I entered my first 5K run. I’d have to run 3.1 miles. I knew before the race began that I wouldn’t be able to run those miles non-stop, much less on time. But my cousin reminded me is not about how fast you go; it’s about finishing it accomplished. Though, running fast also helps.

I found out I could run 3.1 miles non-stop, and I felt great about it. I was dying, but I felt accomplished.

Unfortunately, it would be a long time before I had another experience. Due to many issues arising in my personal life, I didn’t continue cross-country… nor running in general. I only stumbled across it during P.E. where I couldn’t even run 1 mile anymore, and that made me sad. I became very stressed out, I gained a couple of pounds and overall didn’t feel good. I only rediscovered running once more in college. With the amount of stress of homework, essays and test I didn’t know what to do anymore. Music, which was my stress reliever in high school, wasn’t working anymore. I needed something else.

I’d added some hills. Some strength training and slowly a light jog. The more I exercised, the more relieved I felt and the more I wanted to keep going. Now, after three months, I once again can run 3.1 miles even 3.50 if I’m feeling up to the challenge.

Running has become a part of my routine; and a part of my life. I run to feel good. I run because I enjoy the feeling of being sore the next morning. I run because in each gaining step I am much further from where I started. I accomplished something.

I might not be the fastest runner out there, but I have the same heart for the sport. I don’t want to let it go.