Why People Love To Talk Shit About Other People

"The only time people dislike gossip is when you gossip about them." — Will Rogers 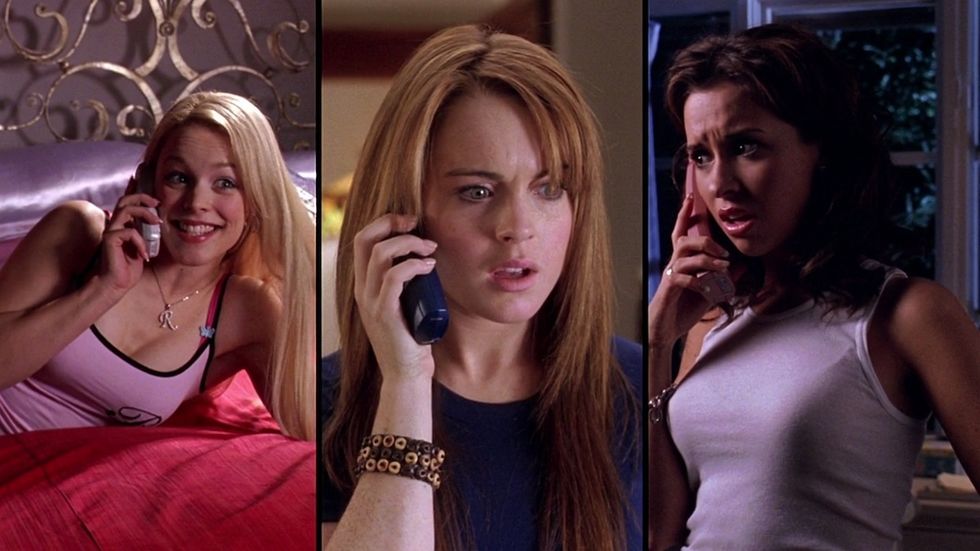 The human race, as we like to call ourselves, is one of the most complex species in the animal kingdom. We're literate, we have the ability to communicate through languages and technology, and we abide by social constructs and unspoken rules of how to be "normal" in the modern day world. So, what makes a human normal? Well, we're all born with natural needs, like the needs for clothing, food/water, shelter, and some would argue, human interaction. It's believed by many people that social engagement is now necessary for healthy physical and mental development, which makes total sense. But how far exactly does that go? Do we as human beings have an innate need to talk about other people? And if we don't talk about other people does that make us peculiar or different?

Gossiping has been around just as long as verbal communication has. Even the Bible references the dangers of running your mouth. Proverbs 18:8 states that "The words of a gossip are like choice morsels; they go down to a man's inmost parts." So if gossiping and talking behind others' backs is such risky business, why do we all do it? I'm not sure if there's a person out there who hasn't stuck their foot in their mouth over something that slipped so effortlessly off their tongue, as if it had been waiting to be said.

Why does something that we've been told over and over again is so dangerous and unkind, so inevitable in modern day relationships? Up until the 1500s, gossip was considered completely detrimental to relationships and the well being of others. Today, it seems as though most relationships would fail if they couldn't discuss the actions and lives of others. I think it's obvious that many of us are so consumed with other peoples' affairs because we know that others are consumed with ours, and indulging in the mistakes and embarrassment of others makes us feel better about our own lives.

Humans are naturally competitive, always reaching for a better home, a better significant other, a better job. We all know the saying "You always want what you can't have." I think to a certain extent, it's great to push for something better. What's the point of life if there's no room for improvement? However, don't let yourself get too concerned with the fortunes and misfortunes of others. Use the misfortunes of others as a reminder to stay humble, and the fortunes of others as a reminder to stay hopeful. We may always want what we can't have, but that doesn't mean we can't learn to appreciate what we've already got.

The kinds of people who don't know how to keep their mouth shut are the kinds of people who are so dissatisfied with their own lives, they feel the need to relish in the short-comings of others. They're also the kinds of people who aren't worth a minute of your damn time. For years I watched my mother try to squeeze herself into a group of women who claimed to be the best of friends but only seemed to have nasty things to say about each other and other people. It was literally "Mean Girls, Mom's Edition." My mom wanted their approval so badly. She wanted to be included in their outings and phone calls. As she was excluded from their group for years, I wondered over and over again, who would want to be friends with these kinds of people anyway? Who wants to fight to be accepted? Who wants to be friends with people who you legitimately know you can't trust?

Today, I see my mother surrounded by people who build her up, want to see her succeed and make her feel included and loved. These are the kinds of friendships to strive for! Instead of building your relationships on the foundation of gossip, build them on honesty and positivity. You'll find yourself feeling morally sound and better about the kinds of things you're putting out into the world. Gossiping is like smoking cigarettes, it has zero positive benefits but it's so hard to quit.

The moral of the story is: people are going to talk shit.

People are going to say absolutely whatever they want about you.

People will make things up about you.

People will run their mouth about you until the cows come home.

You have to know that no matter what some loose-mouthed chatty Kathy says and thinks about you, has nothing to do with anyone but her. The positive opinions of others are too often sought after. The approval of strangers is too often hungered for.

I'm still young, and I'm still figuring myself out. Honestly, I feel more like a kid now than I did as an actual kid and I think that's just the brink of true adulthood. Though I'm young, I feel like I've learned really early what it takes to have friends and be a friend, and that all starts with keeping my mouth shut about things that don't have a thing to do with me. It's a hard lesson to learn and implement, but I think you'll find yourself with a lot less ruined friendships and hurt feelings.