Why I Need The Sabbath
Odyssey

Why I Need The Sabbath

It's about more than just rest. 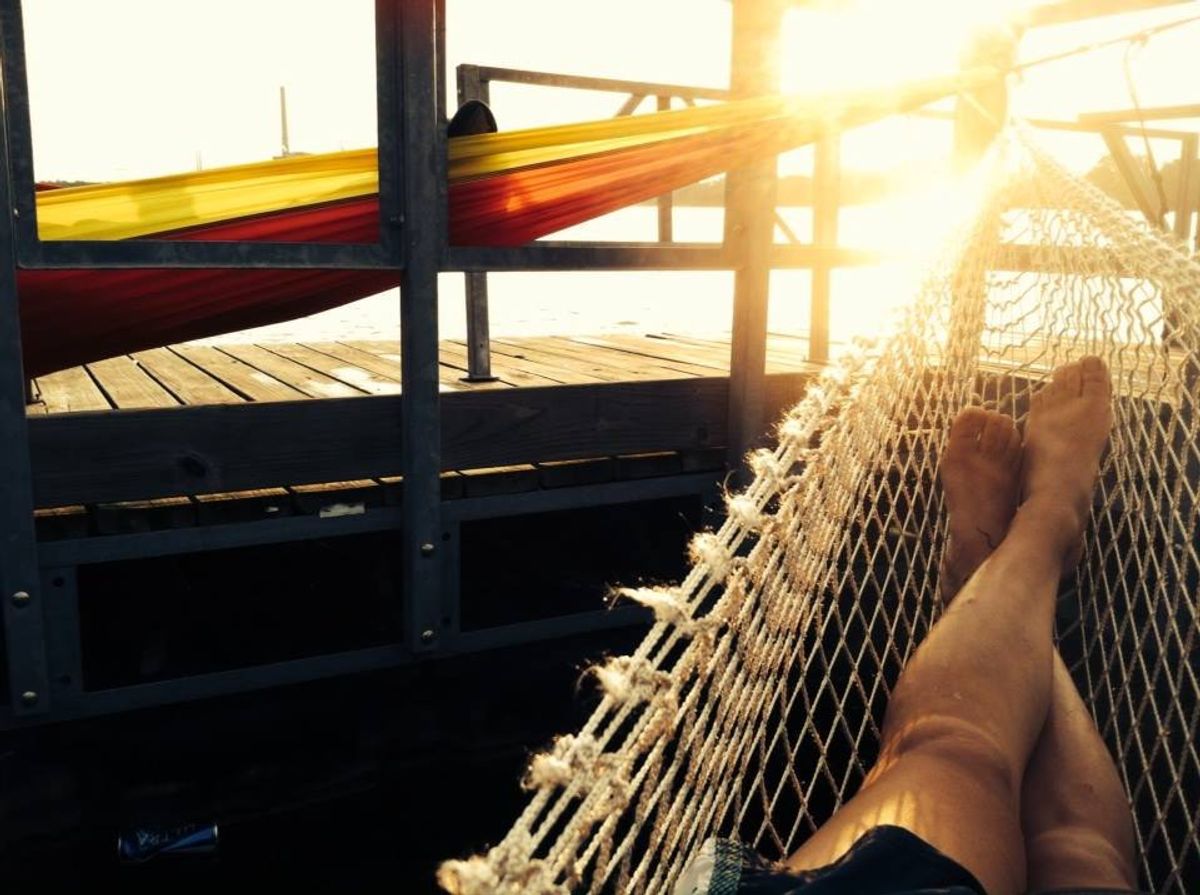 I used to have pretty blah attitude toward the idea of the Sabbath. In my mind, a day of rest was a day of non-productivity and a waste of time. I was stuck in a mindset of constant doing and getting things accomplished. At best, Sabbath was part of the weekend, a day off from school, or a shorter day at work. But recently, I've come to see it as something much more than just a break from the usual.

I kept a mediocre attitude toward Sabbath until I worked as a camp counselor last summer. We had one day off a week. Most of my days off consisted of sleeping, showering and hard introverting. By the end of the summer, I wasn’t just ready for a Sabbath day, I was ready for a Sabbath semester. Unfortunately, that’s not a reality in college, especially not your junior year.

As I struggled to get back into the swing of a crazy busy semester, I fought to keep up with anything. Anyone who had energy exhausted me. The word extrovert hurt me. I wished I was solar powered so I could just lie in the sun for a while and feel better.

Tired in every way possible, I began to explore the idea of rest and the Sabbath, and gained a new understanding and respect for something I had become comfortable ignoring. I set aside Sundays as days of rest with no work or homework. I spent a lot more time outside, fulfilling my solar powered dreams. It was great, and I began to keep up again.

But it was short lived. The importance of having a day of rest was based on my physical, mental and emotional need for rest after a long summer, and after I had more or less recovered and felt able to keep up with campus life, my conviction towards a Sabbath began to slip. I didn’t need it anymore, but I did need to get the homework done that I had procrastinated on all weekend.

I was thinking about it one Sunday and I couldn’t help but wonder if there was more to it though. Why would God make it seem important if it wasn’t? Is the point of a Sabbath just rest so that we can keep up the rest of the week? Is it ok to do homework on Sunday? And so I began looking into it and thinking about it more. And what I found changed my attitude toward Sabbath again.

The first Sabbath was right after creation. Genesis 2 talks about God resting from his work of creation. And the emphasis seems to be on rest. But it also says that God blessed that day and made it holy. Like a party at the end of a big project. A celebration of creation.

When God commanded his people to keep the Sabbath it was so they could rest, but also so they could enjoy the day God had called blessed (Exodus 20:8-11). Israel also had a Sabbath year, the year of Jubilee, which happened every 50th year. The word jubilee shows that it was more than just a rest. It was a year of celebration. Isaiah calls the Sabbath “a delight” where gloom was lifted and God was experienced more fully (Isaiah 58:13-14).

The Sabbath was never supposed to be just a day of rest with rules against working. It was meant to be a celebration, a light at the end of the week, a day to look forward to because it meant we get to refocus on what matters; enjoying God and being overwhelmed by his love.

How do I view the Sabbath now? It’s kind of like a party, or a study break to hang out with your friends. In the Old Testament, Sabbath was a celebration of creation. In the New Testament, it became a celebration of Christ’s rising from the dead and our re-creation in him. A day blessed and made holy by God isn’t just a day to get in an extra nap, but rather a time to reconnect to the Father that we long for all week and rejoice in our adoption. So can I manage to get all my homework done on time so that I can have that time? I think so.
Report this Content
This article has not been reviewed by Odyssey HQ and solely reflects the ideas and opinions of the creator.