Why I Won't Be Marrying Rich

No Thank You, I Won't Be 'Marrying Rich'

First off, what happened to wanting to be an independent woman who don't need no man. 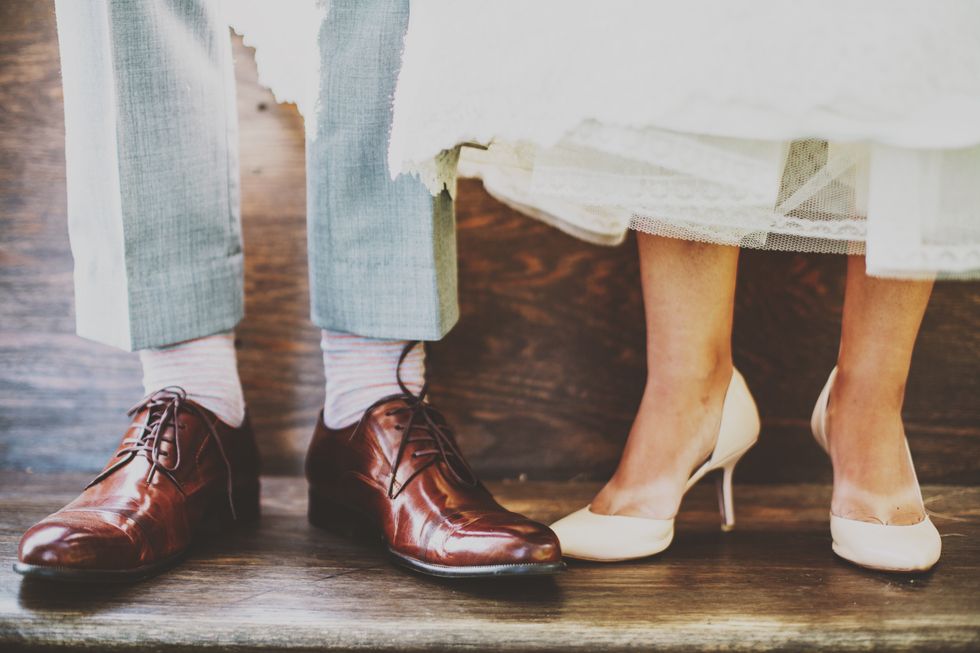 When things in life get too stressful, whether you are struggling at work, working multiple jobs, interning, or going to school all at the same time, life gets pretty hectic. Is there an easy way out? If I don't get my bachelors degree, will finding a job be twice as hard? Probably, yes. But no matter who you complain to or who you seek advice from, there is one humorous common answer which is, "marry rich."

So how do I find a rich boyfriend who is future husband material? Do I post it on Craigslist, put an ad up all over town, or put it in my eHarmony bio (or better said Eharmoney)? First off, what happened to wanting to be an independent woman who doesn't need no man.

Dating back all the way to the 1920s, the 19th Amendment granted women the right to vote. Women worked through a lot and had a number of breakthroughs so I refuse to go backward.

Reviewing the year of 1972, the Equal Rights Amendment was passed explaining that civil rights are not defined by your sex.

So noting that it took many years to get to where we are today, us women are strong. Thanks but no thanks, I'll proudly make my own money and support my dog and I in our 500 square foot apartment. At times, it makes me anxious and worried to rely on someone else and that is why I discovered it is extremely important to save money. Yes, a million dollars would be nice, but I don't play the lottery that much and I'd rather take my $5 and grab a coffee.

I feel as if you ever borrow money, that loaner will constantly remind you how much you owe them and make it very clear that you borrowed or were granted THEIR money. I would never want that burden and feeling of desperation. Money is tight, but I would rather work three jobs before I ask anyone for money if I am out supporting myself. I don't want to be that housewife who takes her child to soccer practice all week and get my nails done in between.

A hard choice between acrylic nails or gels? Also, let me go fill up my gas tank on my Mercedes with my husband's credit card. Yes, that would probably be nice and I would love to devote all of my time to my future child and one day retire, but I guess I am pretty stubborn and independent when it comes to that situation.

Aside from my stubbornness, I would never be with someone only for their money. I don't care if my future significant other ever struggles, because we would struggle together. I would be with them and one day marry them because I love them. Now don't get me wrong, no matter what the situation is I will make sure no one takes me for granted.

A quote I will leave you with is, "You are just a woman living in a man's world." Now I don't know where exactly that quote came from, but Marilyn Monroe once mentioned something along the lines of being in a man's world as long as she gets the be a woman in it. By no means will I live in a man's shadow, therefore I will support myself and refuse to marry rich.

weddings
Report this Content
This article has not been reviewed by Odyssey HQ and solely reflects the ideas and opinions of the creator.

10 Reasons I Would Never Date Someone Who Smokes...Not Even Chris Hemsworth

Top 10 Mythical Creatures To Have A One-Night-Stand With

14 Date Ideas For When The Weather Falls Below 65