Why Haven't I Told You?
Odyssey

Why Haven't I Told You?

The innocent mistake of assuming they already know. 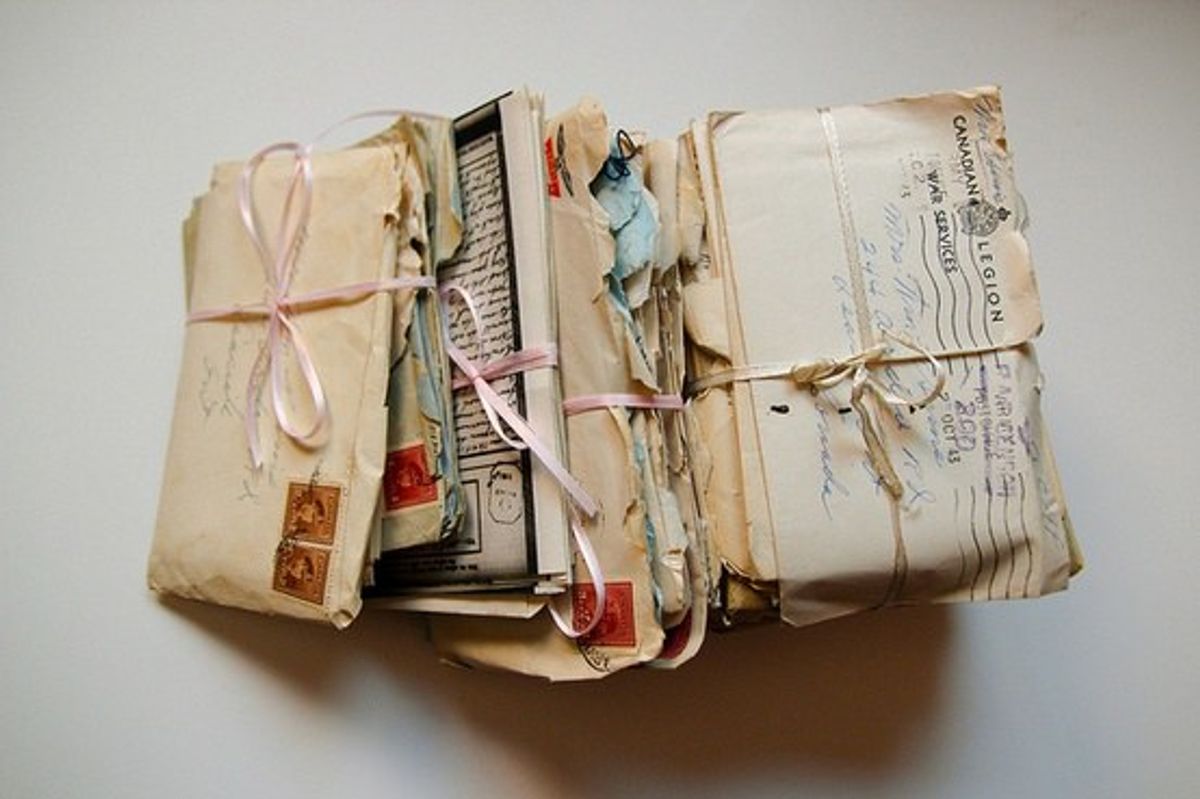 When I graduated college a few weeks ago, my mom handed me a large box. My arms sagged under the weight, alarmingly heavy, and as I peeled back the lid I saw it was a leather-bound scrapbook. That was always her cup of tea; growing up, she spent hours cutting shapes and pictures to arrange them perfectly on decorated paper. This one was different, though. As I sifted through the laminated pages, I was overwhelmed with more than just images of me with a cheesy smile, experiencing school for the last four years. There were letters. A lot of them. Letters from my suitemates, former teammates, coaches, teachers, fellow club members. Letters from my family in Texas, California, Oklahoma, Canada. Letters from childhood, high school and college friends (some even from their parents).

Some of these people live far away. Some I saw everyday. Some I haven’t talked to in years. Yet every single person that contributed had touched my life in some way. They were telling me, through funny stories and kind words, that I had touched their life, too. Here’s the best part: not one note was formal, generic, or detached. You know how in graduation cards or yearbook entries people are like, “congrats! You’ll do great things!” Not these ones. For hours I got to indulge in memories that had evaded my mind, pictures I’ve never seen because they were on somebody else’s phone, embarrassing and hysterical and stirring recollections.

Now, anybody that knows me knows that I’m a total sap. But as I sat there, blinking rapidly to convince myself not to cry, I knew that it was more than just an “awhhhh” moment. People told me things they have never told me before, things about a specific time I helped them or inspired them. They told me how I was like a sister or daughter to them, or how they knew as soon as they met me that I was special. Even my guy friends, who are always berating me for being “too soft,” said the most moving things about my character and times we’ve spent together.

I tried to make sense of the whirlwind of emotions I was feeling: happiness, nostalgia, sadness, completeness. I realized that one of those feelings was surprise. Pleasantly surprised, of course, but still surprised. Countless lines I had to reread and digest, completely taken aback, thinking, “that person really thinks that about me?” “They really remember that after so much time?” And then it hit me. So many of the people that helped compose my most cherished belonging had never actually heard what I thought or felt about them, either. See, I never really told my English teacher that she shaped my future goals, or my suitemates that I never would have survived college without them. I’ve never told my best friend’s mother that I consider them a second family, or my cheering coach that I’ll never forget words that she said to me five years ago. I never reached out to my childhood companion and told her I think about her daily, or let my friend know that he’s the reason I still think I have a chance at actually pursuing my dreams.

So why don’t we tell people? Why haven’t I? I think it’s because we make the innocent mistake of assuming they already know. Or maybe we feel awkward, uncomfortable. For some reason, it’s a little jarring to look somebody in the eye and tell them, “hey, you seriously have had an impact on my life.” We still think it. We tell other people in conversations about our fondness for family, friends, and mentors. We are even able to post Facebook statuses on birthdays and holidays spilling our gratefulness (like how I write something affectionate for my dad on father’s day, even though he doesn’t have social media). But it’s so different when we are courageous, thoughtful, and vulnerable directly towards the person. Of course I undoubtedly knew that my friends and family care about me, but I can’t put into words what it was like reading those letters, each so incredibly unique and genuine. My advice, which I full heartedly plan to follow myself, is not to wait for an opportunity. Tell them. I promise it will mean the world.