Why Halloween Should Be The Entire Month Of October
Odyssey

Why Halloween Should Be The Entire Month Of October

"It's just a bunch of hocus pocus." 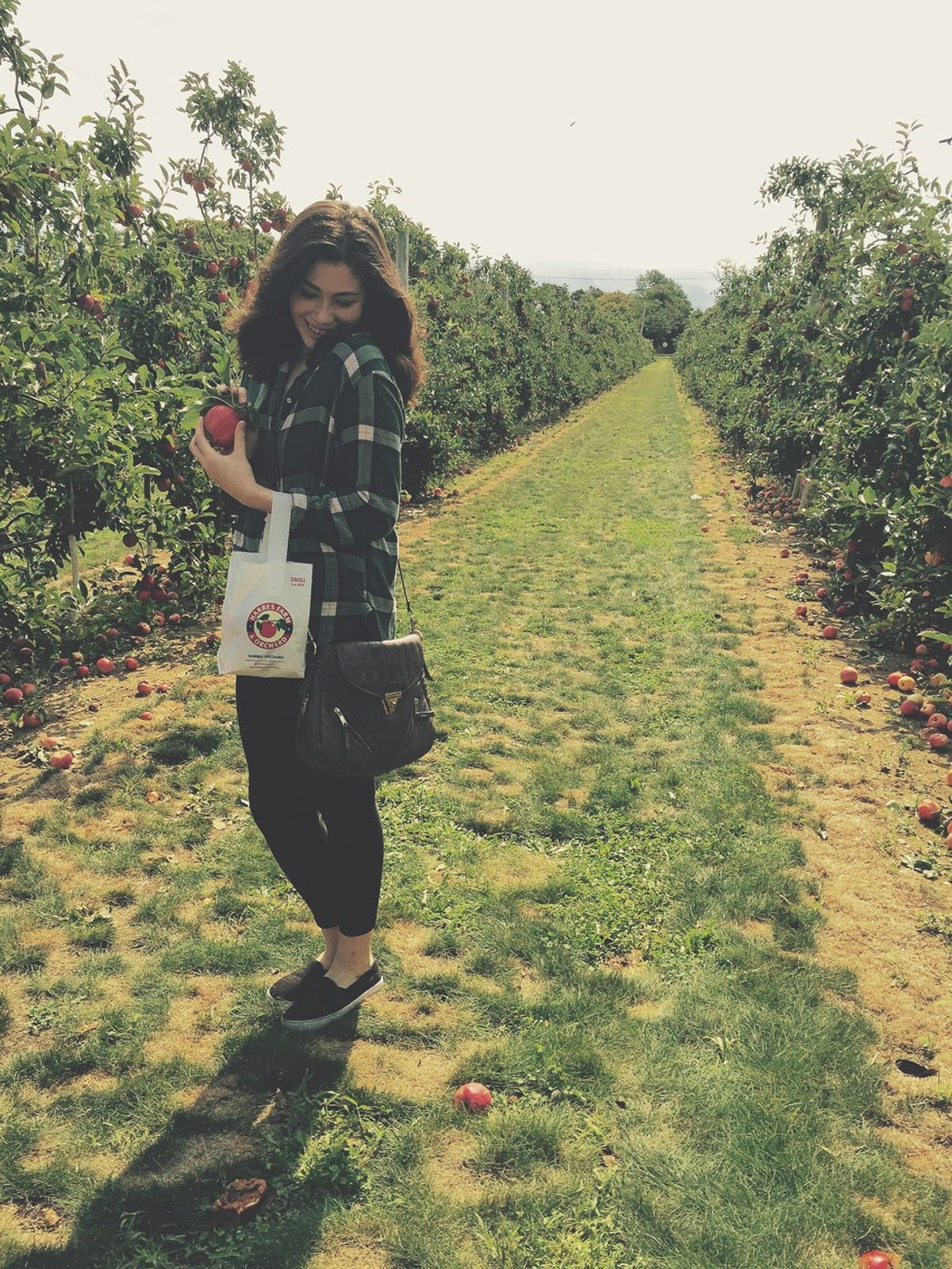 It’s officially October which only means one thing: Halloween. The one day of the entire year we reach for black lipstick, colored wigs, and imitate our version of a $50 costume we can’t afford in order to be something we aren’t, whether it’s a future occupation, an iconic role model, or a science fictional character. When we were younger, we enthusiastically anticipated going trick-or-treating, carrying our small pumpkin buckets and fresh pillow cases. As adults, we look forward to seasonal booze, endless bowls of office candy, and taking on a different persona and set of responsibilities of our preferred character to Do-It-Yourself. To emphasize, we wait for one day out of an entire 365 days to “let go” of who we are for twenty-four hours and I don’t know about you, but I would love an entire month to be someone different every day.


Here me out. I already struggle deciding on one career path and often I wish I had super abilities that would allow me to try multiple fields simultaneously or freeze time to relieve some of the pressure on time sensitive decision-making. In regards to Halloween, I get an entire day of the year to be anyone I want in any conventional or unconventional stereotypical form which produces a plethora of options that will most likely take me all 365 days to solidify a decision and perfect upon. Instead of deciding upon one character for one day, I propose deciding upon at least four characters for 4-5 days, one for every week of October.

Sounds crazy? Think again. This doesn’t mean you have to spend $50 every time you need another costume, but it would present an opportunity to reuse old costumes needed be rather than the one you buy once and never wear again. It also encourages you to get a bit creative and utilize what you already have in your home to make a costume and save a chunk of change. In addition, various religions celebrate holidays differently and in varying lengths of time. During the Christmas season, Christians participate in Advent and during Easter season, Christians participate in Lent. During Advent, Christians spend the four Sundays prior to Christmas Day preparing for the coming of Jesus into their world. On the other hand, Lent is 40 days leading up to Easter Day in which Christians emphasize the act of fasting and prayer to grow closer to God, often “giving up” an activity or habit to help their growth with God, such as giving up meat every Friday during the Lent season. While I am unaccustomed to Judaism and can’t further elaborate on Jewish practices, I only know that some of the Jewish holidays, such as Hanukkah, Rosh Hashanah, and Passover, typically last longer than a day. In Islamic faith, Ramadan lasts an entire month. Realistically, Halloween isn’t a religious holiday for Americans today, but in other parts of the world such as Mexico where The Day of the Dead, celebrated on October 31st, centers around gatherings to pray and celebrate the lives of friends and family members who have past in order to support their spiritual journey. In addition, Halloween was originally known as All Saint’s Day and eventually transpired into All Hallows into Halloween. In other words, every holiday, whether religious oriented or not, is celebrated differently, and Halloween is one holiday that needs more than twenty-four hours.

September already kicks off the Autumn season with colors of burgundy, olive, and gold plastered in every aisle of any store. We know Autumn is a time for apple and pumpkin picking, leaves changing, pumpkin-spiced everything, and of course, sweater weather. Now that it’s October, our senses attracted to these activities, scents, and colors are amplified and we rush through the season impatiently waiting for October 31st and argue scientists that it’s Winter by November 1st. We don’t stop to enjoy these moments of fall and we wait for one day that ends rather quickly. So what would every week look like if we extended Halloween and embraced the fall season? Halloween would still be the 31st, and would be celebrated on October 1st as well, the first and last day of the month. I also propose to have it every year on Columbus Day, aka the day Columbus discovered a land that was already inhabited (I reserve the right to withhold my further opinion on Columbus Day). Halloween would only be celebrated once a week, not twice, so the other celebratory day or two would fall according to Columbus Day. As for trick-or-treating? Let’s keep it to the 31st only. Some don’t enjoy pestering strangers knocking on their front door all day and night for candy, understandably, and it can be dangerous at night on this holiday.

Now, retail stores start selling Halloween décor, costumes, and candy starting mid-September, so I know the Halloween and business industries are on board here. Each work place, however, might have a difference of opinion or ideas, so I leave it up to each individual office to decide how they would celebrate each of those days, if they choose to partake at all Who wouldn’t enjoy a healthy competition of themed costume work days, though? If it were my office, I would love to take each holiday, such as Valentine’s Day, Christmas, etc. and turn it into a Halloween themed day each week. For example, on our “Hallow Valentine’s Day”, we’d have black and orange candy hearts everywhere.

As I mentioned earlier, Halloween allows you to be who you want and the ability to let go of who you are and what expectations you have on yourself as well as the expectations placed on you by someone else is freeing. For avid make-up lovers like myself, Halloween is also an excuse to play around with the black lipstick I mentioned earlier and the bright and dark in my eye shadow palettes I might not normally wear on a “work day.” I won’t turn this into a rant about wearing makeup for only me and in the way only I want, but I will say Halloween does encourage this and for some, it yields a feeling of confidence to be able to wear makeup at all or in a style they might not typically indulge. Halloween may be seen as a necessary escape from yourself, but I like to view it as a chance to embrace a different side of yourself because the person you are is still beautiful, whether it’s covered by a costume mask or a superficial mask.