No, I'm not talking about your favorite hair product. 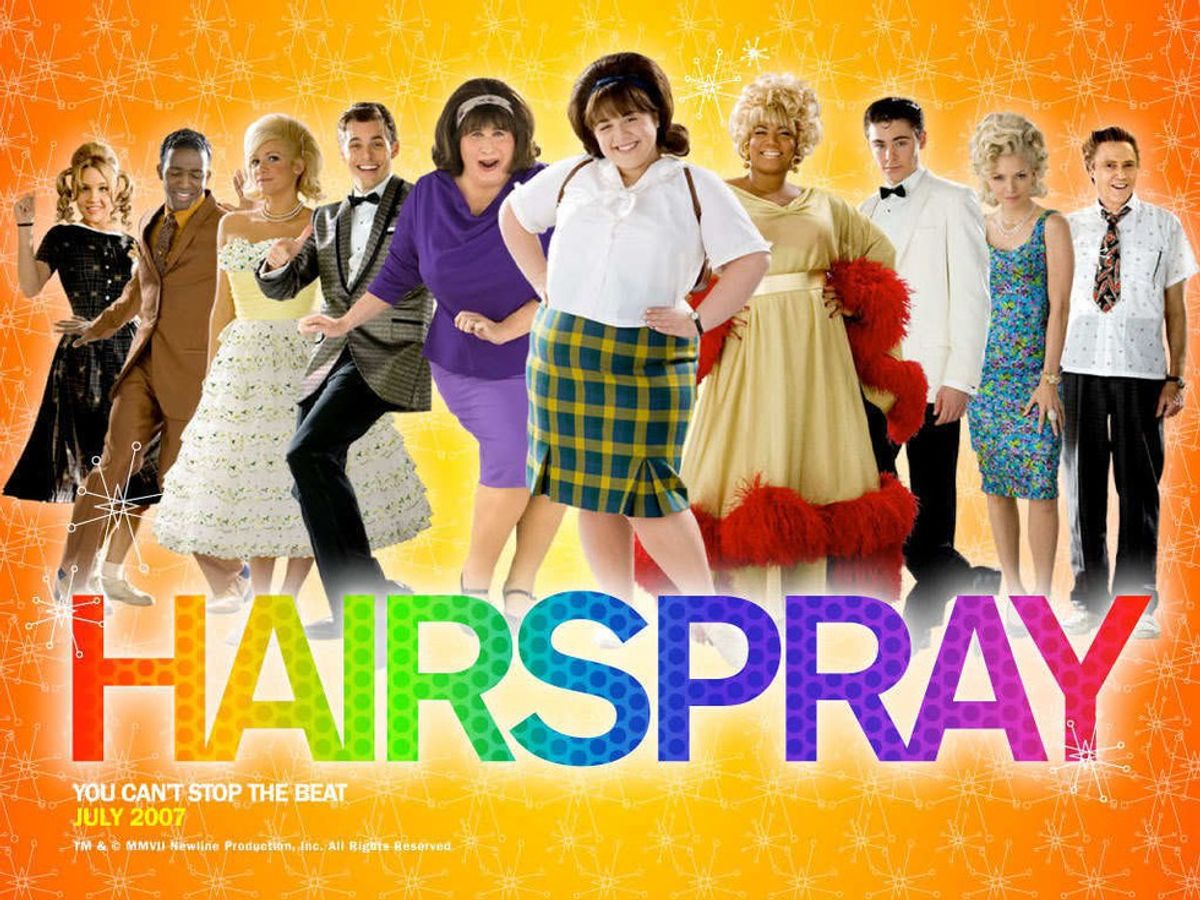 Last Friday night, my sister and I turned on the TV, just channel surfing to find something to watch while eating dinner. I settled on "Hairspray," the 2007 musical comedy that I hadn’t seen in years. While enjoying the lively music, and cross-dressing John Travolta, it suddenly dawned on my sister: “Do you think they’re playing this because of all the racial stuff going on?”

I think she was right.

Less than 24 hours earlier, five Dallas police offers were killed at a peaceful protest against fatal police shootings on black men. What should have been a demonstration of American freedom to peacefully protest, instead turned into a heartbreaking, bloody nightmare, where men were killed while protecting the lives of others. This was only following the continued senseless deaths of black men by other officers.

What happened to us America?

We integrated schools, stopped using separate water fountains and thought we ended race inequality. But where did we go wrong? In between years of great music and major world events, we’ve forgotten the beautiful gift we were given back in the 1960s: to be able to co-exist with one another, regardless of race. Furthermore, we’ve forgotten the most incredible gift we’ve been granted since the creation of mankind: to love another as equal human beings.

And that’s where Hairspray becomes so essential. Forget about the race issues for a minute, because Hairspray also tells the story of an overweight girl who not only wins the prize, but the cute guy as well. She beats out the pretty, petite, blonde, something rather unheard of both 50 years ago and today. Tracy Turnblad is an underrated role model for girls, as she has her heart set on her dreams and nothing can stop her, not even her weight or her family’s lack of money. If we continue to struggle with accepting people that don’t fit the perfect image, have we learned nothing?

Aside from Tracy and her mother’s admirable self-confidence, they also succeed (along with other main characters) in being color blind. Tracy cannot comprehend why her black friends aren’t allowed to be in school with her, or sing an dance on the same show. It’s the same reason people frowned upon her white best friend dating a black man, and even why people doubted her success on the show and her relationship with the handsome Link: because society sats it’s different. It’s wrong. But they overcome these battles, integrating the popular TV show and demolishing racial boundries.

So where did we go wrong? It’s been 153 years since the Emancipation Proclmation, 69 years since Jackie Robinson broke the color barrier of baseball, and 53 years since Martin Luther King Jr. told us about his dream. We thought we got rid of racism decades ago, but maybe we’ve just been ignoring it. It’s not good for American image if we admit not everyone has the right to life, liberty and the pursuit of happiness. But the first to solving a problem is admitting you have one.

Why was it such a big deal for Barack Obama to win the presidency in 2008? Because he was from Hawaii? Or because his wife was a lawyer too? No, its because he's black. Sure, there are some people who don’t like President Obama because of his policy, but there are also a heck of a lot who don’t like him because he’s black. Not many will admit it, but even fewer can realize its true.

So what’s next? We have a lot of possibilities. We can continue the violence, the hate, and elect a racist president that will perpetuate these unAmerican values.

Or we, like the characters of Hairspray, can be color blind. We don’t have to look away when we see someone of a different race on the street, and we can demonstrate peacefully. We don’t have to pull someone’s car over just because they’re black, nor do we have to chastise all police officers. Let’s just forget about if someone is White, Black, Hispanic, Asian, Middle-Eastern or anything in between and just exist.