Why Can't I Dress Up As Mulan?
Odyssey

Why Can't I Dress Up As Mulan? 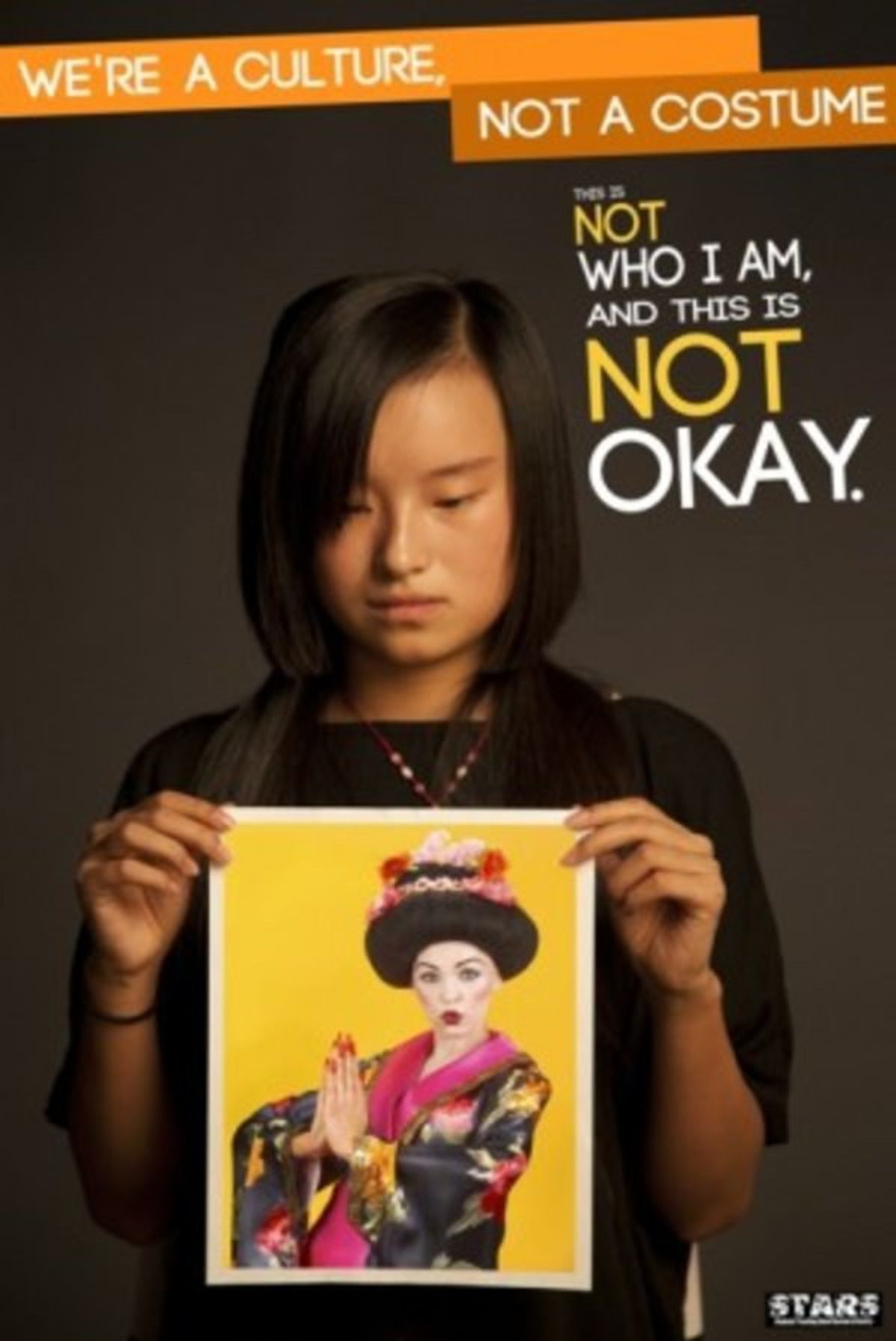 One of my first weeks here at Cal, a white friend innocently asked, “Why can’t I dress up as Mulan?” She referenced her Halloween experience as a kid, stating that at that age, she had no second thoughts about making the costume sexy or racy or marginalizing to my culture in any way. In other words, she was asking, “What’s offensive about me dressing up as Mulan?”

This girl was not the first person to ask me a question along these lines, and as Halloween is fast approaching, I’m positive she won’t be the last. It’s important to address what exactly is offensive about spending $14.99 (sale price!) to play dress up in my culture’s costume.

Oftentimes, people approach the issue of cultural appropriation in costume by running through a series of hypothetical questions: “What if one of my Asian friends said I could dress up as Mulan?” “What if I google the history of Asia -- then can I dress up as Mulan?” and so forth.

While the attempt is admirable, the answer remains firm: No, you cannot dress up as a member of my culture for Halloween. And here, I rant about my personal experience with cultural appropriation in costume; I believe that many people of color will find this relatable.

First of all, just because someone doesn’t intend to be offensive, doesn’t mean they won’t offend me. I’ve heard a plethora of excuses for dressing up as a member of my culture: “This costume was innocent!” “I love Asian people -- Confucius? Jackie Chan? Yao Ming?” “I eat Panda Express every Saturday!”

While many white people don’t go out on Halloween dressed up as sexy Mulan with the intention of being overtly racist, they also, on a daily basis, often don’t have to think about race as being a personal issue. Furthermore, when a white person goes out dressed as Mulan, they’re praised for their costume; however, as a Chinese-American, when I wear that same costume as a part of my culture, I am often ridiculed for it. I write this with a distinct memory in mind of a Chinese wedding celebration I attended as a kid, in which we all wore traditional Chinese dresses. A group of white people passed by, commenting on the concentration of Chinese people celebrating their culture as being a “Yellow Fest.”

Many white people provide the argument that personally, they have never ridiculed a Chinese-American for wearing cultural garb. However, this is not the point. The point is that there is a prevailing culture of a dominant group (white people) to marginalize minority groups (people of color). A white person wearing the clothes of a person of color is a display of ignorance regarding this marginalization, which, as a member of a dominant group, they will never feel and cannot fully understand.

Not to mention, people often refer to Mulan as Asian, which I’ll preface by saying, is technically correct. However, this reference is a microaggression perpetuating the monoracial perception of all Asians as being East Asian. This belief is rooted in a long history of racism and anti-Asian nativism. While microaggressions, by nature, are not meant to be offensive, they are interpreted as such, and are a contribution to a subtly racist culture that can and does have larger implications on struggles for people of color.

While I refer to people of color under a larger umbrella, this by no means does not give me a golden ticket to dressing up in another culture’s costume. I use the term “people of color” to refer to broader experiences that I believe we all feel to a different extent. However, the struggles felt by a Black person in no manner mirror those felt by a Chinese, a Sri Lankan, a Colombian person. Each subset of a larger culture undergoes and has undergone different issues. While there are broader themes we can all relate to, the way in which we interpret and experience oppression under these themes differs greatly.