Let's have a conversation about culture. 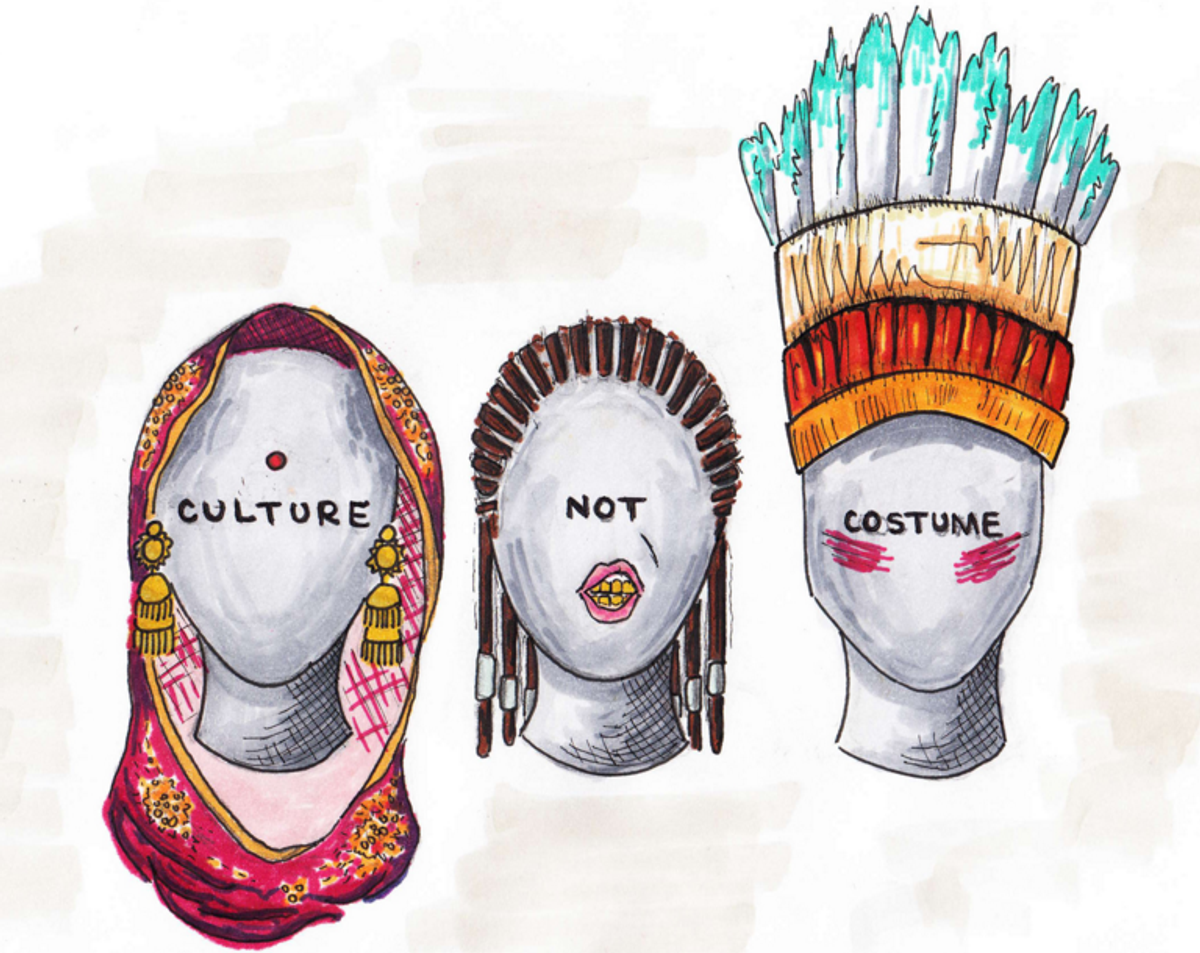 Justin Bieber recently began to sport dreadlocks, and a lot of people reacted very negatively. Some say that it is cultural appropriation for Bieber to wear dreadlocks because it's a "black" hairstyle. However, dreadlocks have appeared in many groups throughout history, from Hinduism, Christianity, Judaism, to the Greeks, and of course African tribes and the Rastafari. Who is to say one group owns that hairstyle over the next group?

Zendaya Coleman wore dreadlocks at the Oscars and the commentators said she probably smells like weed or patchouli oil. Many flocked to her side to defend her from these comments and said that she should be able to wear whatever hair she wants. Around the same time, Kylie Jenner wore dreadlocks and she was criticized for cultural appropriation.

A friend of mine recently brought up the opposite scenario. If white people wearing braids, dreadlocks, and other hairstyles dubbed as "black hairstyles" then what does black people perming their hair say? Are black people appropriating white culture? I've heard the arguments for both sides. One side says it's not the same as cultural appropriation as much as it's about the pressure to look professional. African Americans have the cards set against them when it comes to the job industry. (There is plenty of evidence that agrees, look up studies from Princeton.) American beauty has always been Euro-centric: White skin, blonde hair, and blue eyes. Hitler ideals. To this day, there is a conversation going on about whether or not African American hair in it's "natural" state is professional or not.

Is it really important for us to focus in on celebrities and their personal hair choices? I personally don't think so, but this conversation has been going on for several years now, and we still haven't seemed to reach a conclusion as a population. The question of hairstyles and its relation to cultures seems to be a small part of an underlying issue. When is it okay to get inspiration from other cultures? Is it ever not okay? Who makes the rules? As an art student, I am constantly inspired by Islamic, Indian, Chinese, Korean, and Japanese art. Even though I grew up in South-East Asia, making it a part of my life experience, I spent around seven years in different countries in total immersion. Am I therefore not allowed to wear a traditional dress from South Korea or wear a Sari from Indian culture because my heritage isn't South Korean or Indian?

When you set limits and claims on a culture you put people constantly on the defense. Some people really appreciate the beauty of a culture; maybe they can't understand the struggles and hardships of one culture to another, but taking the time to understand it and its history is a big part of cultural appreciation. Instead of berating people for wearing their hair one way, or wearing certain clothes, perhaps you should encourage people to learn more about your culture. Educate them about why people wore that, how they made it, and so on.

Here is a scenario for you to think about:

You can put any race into those blanks and you have to wonder, how can someone be at fault for being influenced by their surroundings? America is a melting pot. We have people from everywhere and every background. How can we decide what's OK and what's not OK for something that's been in such a gray area of debate for so long?

Recently, a photo was shown to me of a "chocolate" spray tan. I'm not sure if this is real. But clearly, this is cultural appropriation. What frustrates me about cultural appropriation like this is I wonder if the appropriators love themselves and appreciate the skin tone they have. Being black and not having the struggles of being black is a clear violation of black people. Blatant disrespect for a culture should be upsetting. It's understandable.

A topic in cultural appropriation that continues to be at the top of the list is Native American headdresses and Halloween costumes. The reason that wearing headdresses is indisputably cultural appropriation is because there are rules surrounding who can wear it. It's not a widespread item of clothing. Every year, festival goers and celebrities pull out a cheap headdress from their local Party City and hit the town. Headdresses were reserved for respected elders and men in the tribe, therefore by tradition, women do not typically wear full warbonnets.

There are plenty of examples of artifacts and items of government and culture that are not to be duplicated because they are restricted items. Think of it as stolen valor: Wearing a military uniform to get discounts and recognition when you never served in the military. We did nothing to earn wearing the headdress; therefore, we should not wear it or make mascots of a culture that is still very much in existence.

Cultural appreciation is when elements of a culture are used while honoring the source they came from. It is important to note that appreciation involves respect and value. It's okay to find things beautiful. It's better to appreciate it and learn more about it. Especially before you put an article of clothing on.