The Truth About White Privilege
Odyssey

The Truth About White Privilege

It's an unjust reality 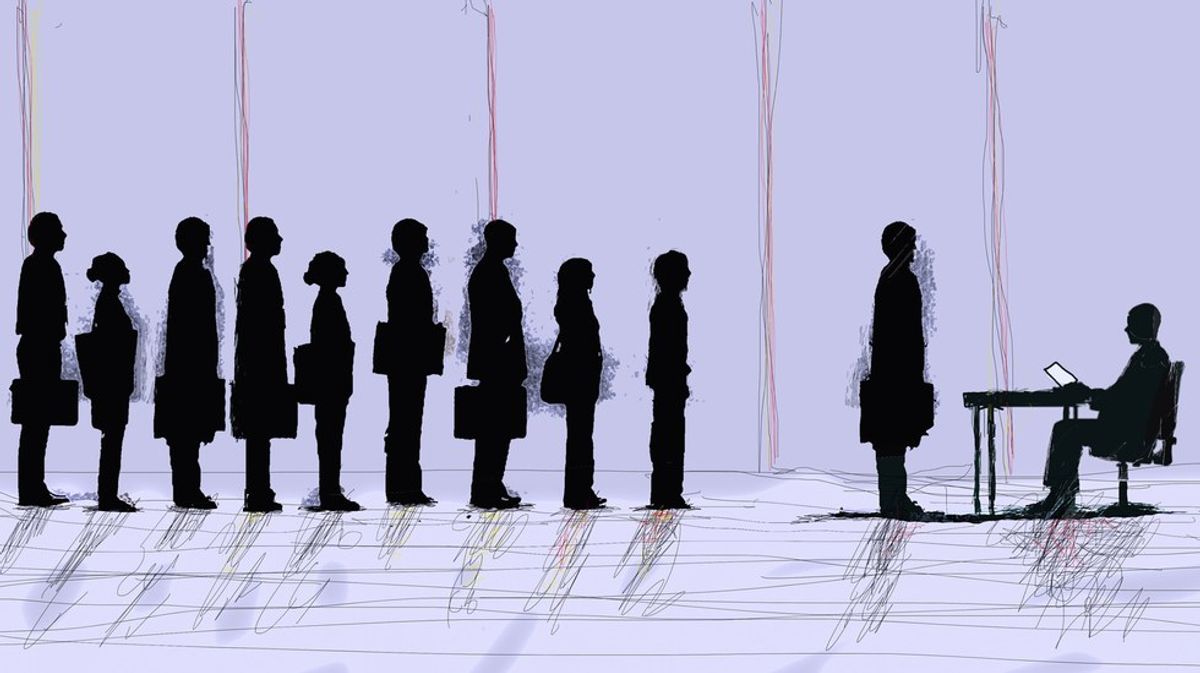 Racial discrimination in the United States has been an issue throughout the country’s turbulent history. Rooted in racist ideology, slavery in the U.S., along with hatred and suspicion regarding immigrants, have been very real, disgusting problems which did not magically disappear with the passage of the 13th Amendment and the success of the Civil Rights movement. Our country, along with many other developed nations, continues to struggle with racial reconciliation, resulting in a real, pressing discrimination in nearly every aspect of life.

Caroline O’Connor’s recent article, “The Misunderstanding of White Privilege,” ignores these realities, and this is very important to realize in order to better understand our culture. Believing that White Privilege is an opinion, something that someone can or cannot agree with based off of personal preference or background, she claims that “at the end of the day, it doesn’t matter what skin color someone is, people can make the choice to either work hard or to hardly work.” She continues by explaining that people she knows equate White Privilege with being “spoiled.” Regardless of whether or not this connotation exists, it blatantly ignores the actual meaning behind the term. White Privilege does not refer to each individual, but rather to society as a whole. In other words, acknowledging the reality of racial discrimination in this country does not also mean that the accomplishments of every white individual are considered null and void. Instead, White Privilege refers to the systematic inequality between Caucasian Americans, who are statistically preferred in the labor markets, and African Americans and other minority races.

It’s Not an Opinion

While the article cited treats White Privilege as pure rhetoric, many studies have shown that racial discrimination is alive and well in the United States. In a 2004 study by Marianne Bertrand and Sendhil Mullainathan, fake resumes were sent out in response to help-wanted ads in major Boston and Chicago newspapers. The resumes, equal in content, were randomly assigned White and African American-sounding names. The results of the study indicated that “white names receive 50 percent more callbacks for interviews. Callbacks are also more responsive to resume quality for White names than for African-American ones.” Not only did the study identify racial discrimination, but they found that it occurred “across occupation, industry, and employer size.” The researchers concluded that “differential treatment by race still appears to still be prominent in the U.S. labor market.”

The results of this study are not isolated; many researchers have come to similar conclusions. Although it is fact that in 2010, black men earned 74.5% of the average of a white man’s salary, and black women earned just 69.6%, the reasons for this black-white wage gap have been heavily debated. In 2011, Harvard’s Roland Fryer, Princeton’s Devah Pager, and University of Chicago’s Jorg L. Spenkuch conducted research on the wage gap and published the paper “Racial Disparities in Job Finding and Offered Wages.” They concluded from a compiled data set and empirical test that “differential treatment accounts for at least one third of the black-white wage gap,” and claim that “the patterns in our data are consistent with a search-matching model in which employers statistically discriminate on the basis of race when hiring unemployed workers, but learn about their marginal product over time.” Think about that for a minute. One third of the 25.5% wage gap between Caucasian and African American men is purely based on racial discrimination. White Privilege is abundant in the labor market.

O’Connor’s article implies that accepting White Privilege as a reality fundamentally devalues the work of white individuals: “White Privilege is an idea…but did not stop my parents from having to struggle and work their way to the top in both of their respected jobs.” However, this rhetoric fails to realize that White Privilege isn’t based on every individual. It’s based on the way our society functions as a whole. Research shows that the systemic racial discrimination of minorities and privileging of the Caucasian race places white Americans, especially men, in better positions to be rewarded for the work that they do. In other words, while it’s true that every individual has a choice to “work hard or to hardly work,” African Americans and other minorities must work that much harder in a society which privileges white labor. For minorities, race is yet another hurdle that must be crossed in order to achieve equal footing with the majority. This doesn’t disqualify the hard work of white men and women, but simply recognizes the disparity of privilege in the United States based on race.

White Privilege doesn’t insult the work ethic or struggles of white Americans; rather, it’s a reality that demands to be recognized in order for society to move towards full racial reconciliation. In order to fix the problem, we must first admit that there’s an issue to be rectified. However, if white Americans continue to transform social structures (systemic racial discrimination) into a form of identity politics (who I am vs. who you are), progress will be stunted. Just as White Privilege is not about whether or not Caroline O’Connor’s white family struggled economically, systemic racial discrimination cannot be misconstrued into unfair stereotypes of any race or class. Not every African American or minority is discriminated against, just as not every Caucasian male is inherently privileged; there are many other factors that contribute to individual success. However, White Privilege refers to the condition of the whole of our society. White Privilege is a reality that is embedded in the social fabric of the United States, rather than the result of every individual that makes up that social structure.

If the ultimate goal is racial reconciliation, we must first come to the conclusion that racial discrimination is a reality in this country. Once we can accomplish this, we can begin working toward creating a country that truly is “of the people, for the people.”

Caitlin Marie Grimes
University of South Florida
10913
Beyond The States