The Misunderstanding Of White Privilege
Odyssey

The Misunderstanding Of White Privilege

And acknowledging it and working hard anyway. 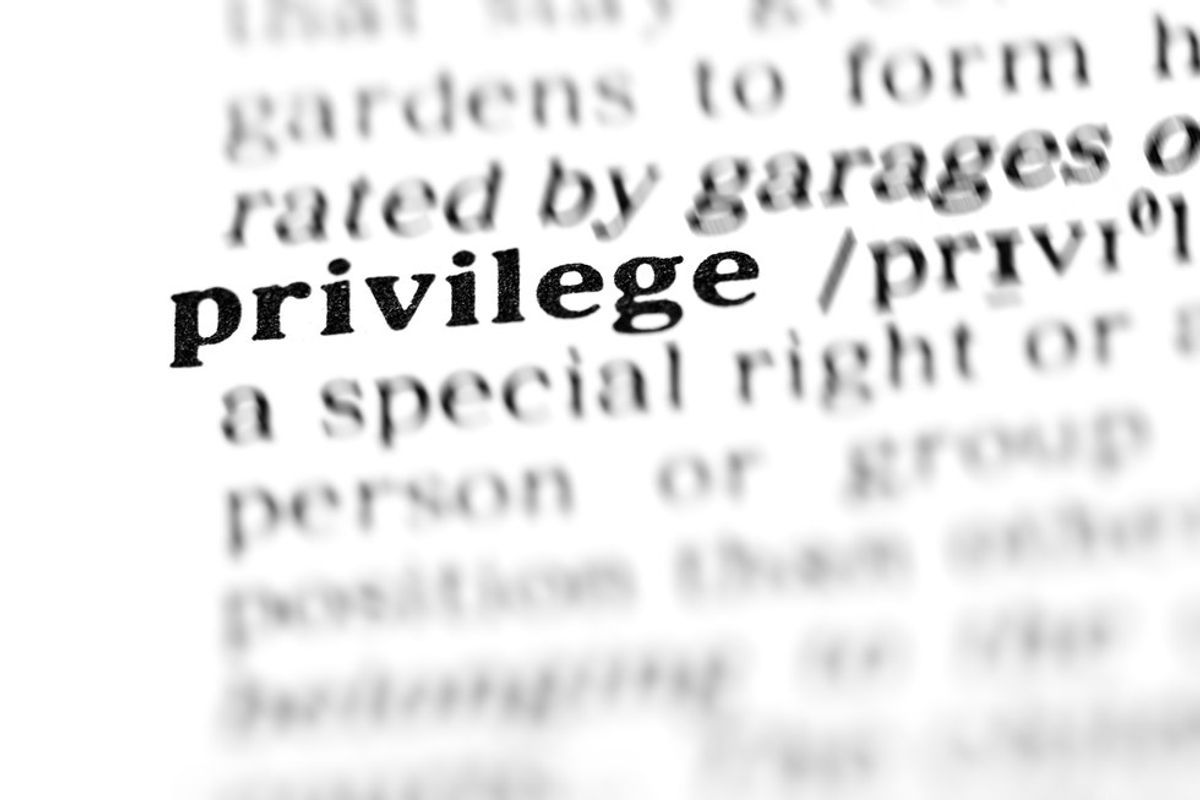 Girl With The Cane

There has been a growing negativity toward the idea of "white privilege." In its connotative form, there are words like "brat," "spoiled," "rich kid," that are associated with it. When I moved to Mooresville, North Carolina seven years ago, my eyes were widened to the different types of white privilege. After being in this area for few years and completing one year at a public university, I have now seen all of the privilege types. With that being said, there is still the growing negativity towards white privilege because it is associated with being all of those connotative meanings of being "spoiled" but now, not working hard. I find the new meaning of "white privilege" very insulting, because at the end of the day, it doesn't matter what skin color someone is, people make the choice to either work hard or to hardly work.

Growing up, my parents did not allow my sister and I to have anything that we didn't work for and that same philosophy continues. I can not help the family I was born into, a family of two very hard working individuals who tried to do everything right with their education and careers so that they could live a stable life. There have been some major up and downs, but my parents have done everything they could. My dad grew up in a lower class family in Milwaukee, Wisconsin who struggled immensely while housing foster children and taking care of a handicapped, deaf sister. My dad learned the lesson of working hard when he did paper boy route morning and evening (even in the winter), while going to school and making stellar grades, and being one of the best swimmers on the swim team. He then joined the air force and went to school at the same time, and then landed his job that he has had ever since before I was born. My mom grew up in a middle class home in a military town in Alabama, but she worked three jobs at one point and one of them was in a factory with no air conditioning. I am thankful for all that my parents have done because they have created a well off, stable environment for my sister and me to live in. That did not stop them from being a different kind of parent however, especially for the area I moved to.

My parents never allowed my sister and I to scoot through life too comfortably. We have had to work for the things we have and I am proud of all of my things because I worked hard for them. Even at my University, I see the white privilege in some people and they not only realize that they have it, but flaunt it and try and get what they want. I have worked a minimum wage job for the past few years and I know the effort that goes into making a coffee that cost $4.21. I am not a white person who thinks they can go through life just because I am white or have mom and dad to back me up, because they will not. My dad has always said that I need to be broke for a while, because that is when I will learn to be more thankful for my money (I am currently living that broke college student life where my work "didn't have enough room" for me but had room for their granddaughters and neighbor, so safe to say, I am there). He not only says I need to, but he hopes I end up broke one day. I could be upset at him for saying that but I am thankful for it instead. Those words keep me pushing in grades and seeking out opportunities because I don't want to be broke, but I want to appreciate the effort it took to have money I rightfully earned.

I hope to see the idea of "white privilege" die one day. I will admit, I do not personally know the struggles of what a person of color goes through day to day, and I wish they didn't have to go through it. I hope to one day see that everyone has a fair chance of being successful not based off their skin color, gender, or class, but because they know they could work hard for it. "White privilege" is an idea, but did not stop hard working people like Hillary Clinton or Harry Truman from reaching their goals, and did not stop my parents from having to struggle and work their way to the top in both of their respected jobs. White Privilege doesn't hold back one of my closest friends from achieving a football career and possibly an Air Force career, because he works hard for the things he wants and has (despite his immigrant back ground, I might add). At the end of the day, it is all about the hustle, no matter what skin color someone is.