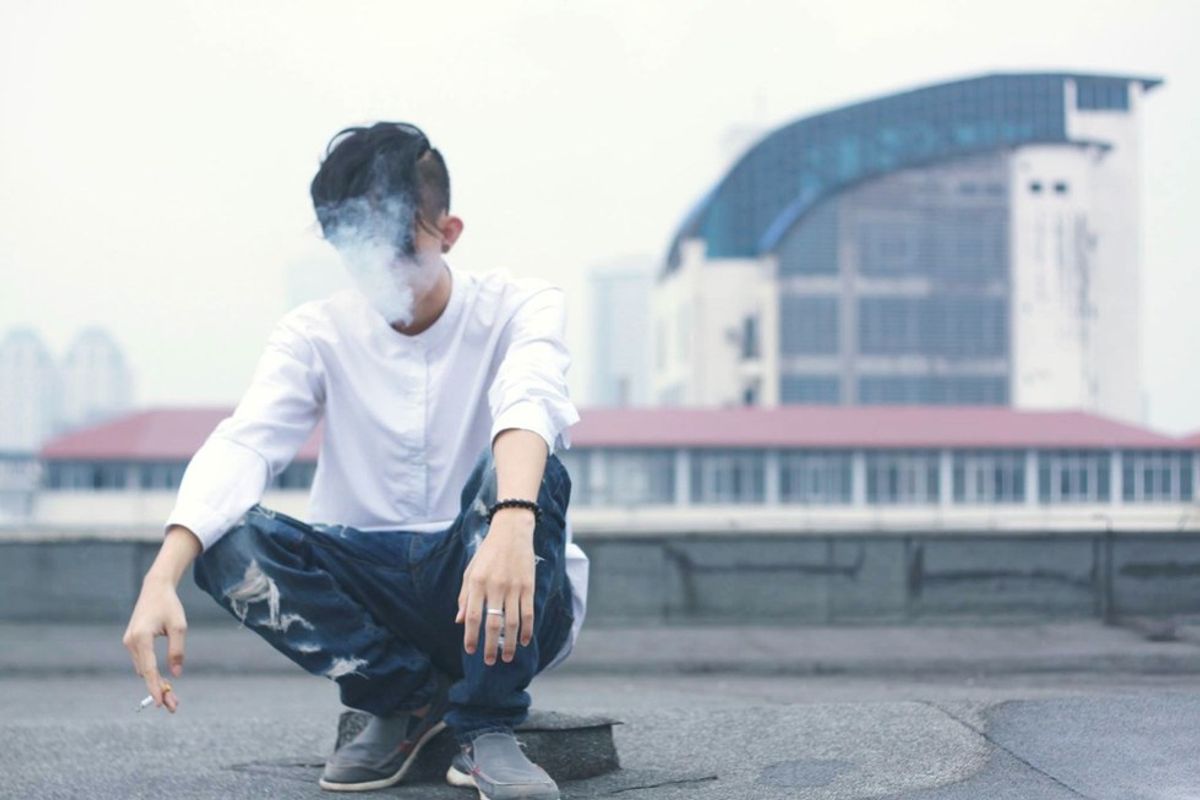 The word “Addiction” can be one of the scariest things that you may ever hear.

Chances are that you know someone who has been addicted to something, or maybe you have been an addict yourself at some point in your life. I think that one thing that we have to clear the air on is the fact that not all addictions take place while using a substance or a drug. As people, we can be addicted to anything. Seriously. It’s possible that you get addicted to an action, a sport, a food, an activity, a person, a pet, a color, a relationship, sex, a brand or anything else your mind can think of. This society has given such a harsh label to people who are addicts and those who we label addicts, without attempting to understand the reason behind an addiction. For years I never could admit that I was hooked on to nicotine and cigarettes.

During my junior year of High School, I was about 17 years old, I had my first cigarette. At the moment I didn’t think much of it, in fact I never intended to start smoking in my life. Before having my first Newport 100, which is considered the bacon of cigarettes, I used to enjoy running up and down the pitch playing soccer. I mostly only attempted to smoke a cigarette because I had seen some older cousins do it and they seemed to really enjoy it; a dumb reason, I know.

By my senior year I had developed an odd craving for the nicotine and the taste of tobacco that kept going down my lungs. I made the decision to start buying a pack a week, and while I didn’t keep my smoking habit a secrete, my parents were less than thrilled; but they let me make my own mistakes in life. The impact was visible on my physical appearance and my sudden mood swings. I no longer cared about playing soccer as much as I did before I bought my first pack. I basically decided that once high school was over I would no longer touch a soccer ball in a competitive manner.

When we talk about addiction we normally tend to talk about the negativity that surrounds the word. We focus on how addiction takes over someone’s life and makes him or her dependent on a specific thing, person or action. The one thing we don’t tend to pay too much attention to, as a general whole, are the reasons why people stick to their addictions. When I started to smoke I didn’t really have a reason to start, I was in a good place with my school work, I wasn’t focused on trying to be in a relationship or have any worries with my social life. I was in a constant pain from shin splits but that was not the biggest deal and it didn’t stop me from playing soccer. However after a few months from the initial date I had a cigarette I began to change, without much notice.

I felt a level of comfort and safety when I indulged in a Marlboro 27 or a Newport 100, I enjoyed the warm feeling of having the smoke go down my throat and into my lungs. Sure it became harder to take deep breaths but what mattered, at the time, was that I felt comfort when I did take those deep breaths. I didn’t smoke out of frustration or sadness; I smoked because I enjoyed the feeling of safety and an escape from reality. When I would pull out a lighter and a smoke I knew that people around me would be bothered, many don’t tend to like the smell of cigarettes, but I never really cared about those around me when I needed some nicotine. I would smoke when I got good news, when I got some tough news, when I got my first college acceptance and my first college rejection, I would smoke right after dinner, and as soon as I got out of a class in college. Soon I was going through two packs of smoke a week. With the amount of money that I was spending, I knew that I had to stop sooner or later.

To everyone who has ever cut something out of his or her life, in the form of cold turkey, I give you all the respect in the world. It’s one of the toughest things to do.

For about 5 years of my life I was dependent on cigarettes.

During my senior year in college I found myself in a really tough situation, My GPA wasn’t the best but I was graduating. I didn’t have a job set for post-graduation, I didn’t have any real focus on life and most, if not all, of my friends were from different states. I was about to go back to Brooklyn with no real major plan. I had a core group of friends, some in the fraternity and some out of it, and at that moment I was in a relationship with someone who didn’t really like my smoking habit. This group was my support system and to some extent, a major reason of why I was able to finish school.

I knew that I had to stop smoking and one day I took the decision to simply toss out my brand new pack of Marlboro 27s. My health was starting to take notice of the nicotine. After 5 years.

I kept a positive attitude while I was out with friends and my partner. I never attempted to show any pain or discomfort. When I would get back to my room, I would often break down and have sudden mood changes and curl up on one side of my bed and cry. I would get upset over the smallest thing. (not finding the remote, seeing that the bathroom light was not bright enough, or the fact it was to warm/cold) To this day only a handful of people really saw that side of the detox process.

As I write this, I am a little over 10 months clean of cigarettes. I still have my mood swings every once in a while and that hasn’t helped in many ways. I still, randomly, get a craving for some nicotine. I still keep lighters in my drawers. This journey is not easy. It’s never easy to suddenly stop the action that you are so used to and have a level of comfort with. It’s even harder when you feel a specific way and no one cares and not many around you can relate. To those who are in a similar boat, who are also battling their fight with addiction… You are not alone. You will come out stronger. In no way will it be easy, but you’ll thank yourself for it after. I promise.