What To Pack In Your 2017 Survival Kit
Odyssey

What To Pack In Your 2017 Survival Kit

May the odds be ever in your favor. 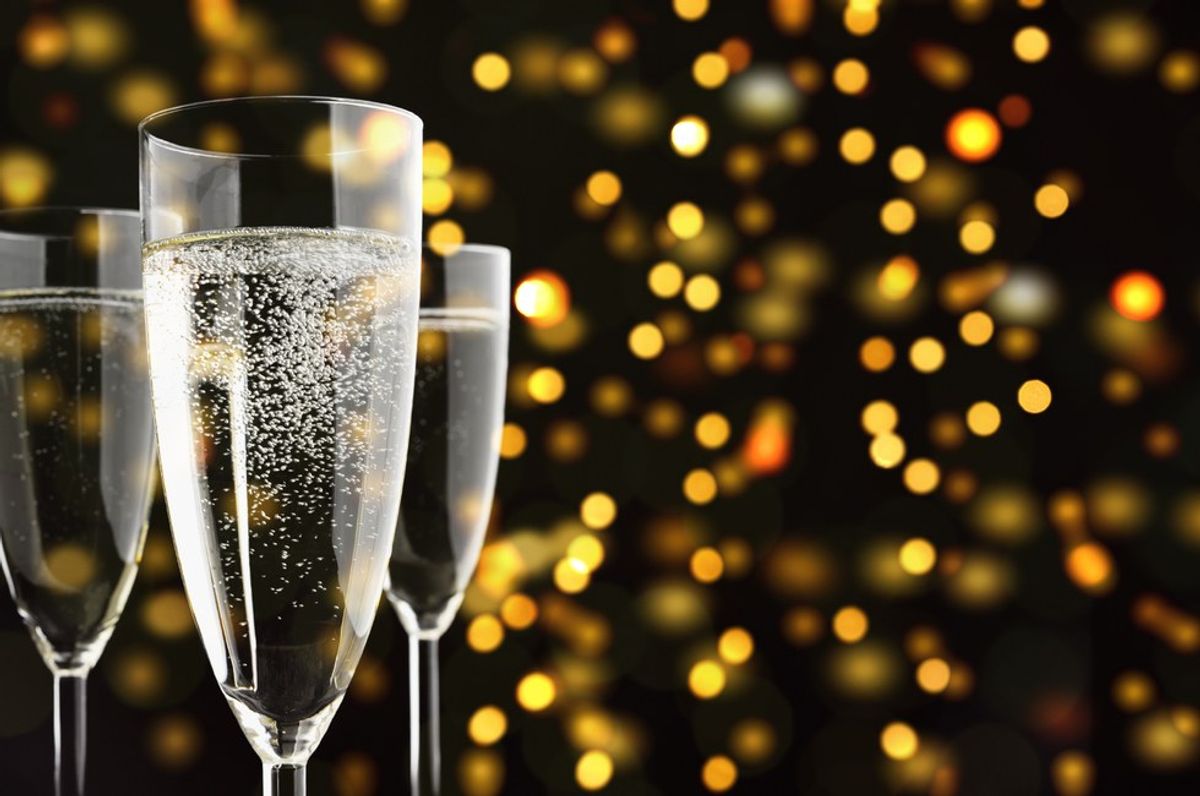 Every year we get to the end of December, and all I hear is one thing from people: well, maybe next year will be better. In the words of Trevor Noah from the Daily Show, 2016 started with Zika... and then got worse. So like every year, that's what I'm hearing about now. Maybe 2017 will be better.

But this year, I think even the people saying it don't really believe it. We're grateful for the end of 2016, but in 2017 Donald Trump becomes President of our country (while still hosting the Apprentice, by the way... because why not?), and a lot of people are seriously terrified of that shift of power. Maybe nothing too bad will happen. Maybe there will be a nuclear fallout. Who knows.

So this is an article about what to pack in your 2017 survival pack. I suggest loading up, because this year we aren't gently gliding into 2017 - we're crash landing. And you better be prepared.

Disclaimer: I really don't believe our country is going to fall to pieces in the next 4 years, but I thought this would be an entertaining article to write. So don't get your panties in a bunch. It's just supposed to be funny. Okay thanks, continue on.

What to pack in your 2017 survival pack:

If you're going to brave this new year, you need alcohol to soothe the pain. A nice bottle (or 10) of wine will be the best thing. When the ball drops this year, make a toast, hug your friends, and say a little prayer. You'll need to hold onto that moment for the next 365 days.

This one is for multiple reasons. First, our country might be in such a state of disaster that reading will be a wonderful escape. Pretty sure I'll prefer to be on the boat in Life of Pi with a tiger than here. And second, in our new regime anything can happen, right? The first thing people try to take away in all the dystopian fiction I've ever heard of are books. Fahrenheit 451 anyone? So take your books with you because who knows, they might be banned before long.

Next year, you're going to need to drown your sorrows in home improvement shows and sappy rom coms.

For the rom coms, of course, but also for all the tears you'll probably shed over the horrors to come in 2017. If 2016 started with Zika, Alan Rickman's death, and David Bowie's passing... well, let's just say I have a bad feeling about next year.

Nothing says American quite like a copious amount of flannels. They'll help you blend into your new surroundings. One thing is for certain - this is definitely not the year you want to stand out.

6. A large, empty journal (and one of those really nice pens, with the thick ink).

Don't pretend you don't have one. And we all know that that fateful night in 2012 when people thought the world was going to end (well, we didn't really think it was true, but there was always that slight chance that scared the shit out of you, you know?), that you were snuggling up with a stuffed animal. Bring them along for the ride. You'll need the cuddles.

8. A cross necklace (a Bible is even better).

As a Christian, I don't want people to take this the wrong way - I believe in God, I think Christianity is the religion to go with, but I personally believe people should have the right to believe in whatever deity they so choose. But it seems like in 2017, with the new norms of society, Christianity might become even more so the "default religion." You might want to practice memorizing a few verses for just-in-case situations. John 3:16 is a solid place to start. I hear there's a catchy tune to memorize it.

Perhaps a controversial one, but you can never be too careful, right? This world is going crazy, and you should probably be prepared. You never know who might try to grab you somewhere inappropriate.

Not a southerner? Carry one anyway, again for those just-in-case moments. You can whip it out at a moment's notice, and it's a signal to others that you're not there to cause any trouble - you, too, would like to go back to the glory days where only white land owning men had any basic human rights. Remember, it's a sign of pride, not racism. Definitely not racism.

If Flint, Michigan is any sign, you better bring as much as you can. Because when shitty things happen to people in America, we care for a few weeks and then ignore it, even though the problem isn't fixed. If it can happen to the good people of Flint, it could happen to you, too.

Remember this old thing, the document that is supposed to guarantee us those basic human rights, but is really just used to argue the right to have AK-47s in your house? Well, I have faith that one day we might try to care about all those other rights in there. I'd pack it just in case. Don't want it to go mysteriously missing in 2017.

These are just a few essential items you should have in your 2017 survival pack. I'd like to put an emphasis on the wine, really - you'll need it this year. But all these items are, I'm afraid, probably going to be necessary to have on your person at all times.

For additional help, here are a few things you should absolutely not bring in your 2017 survival pack: the news stations, any news seen on Facebook (probably fake anyway), Twitter (unless you want to look at Trump's rantings), toy weapons, rap music, snap backs, any religious items not tied to Christianity (especially items tied to the Islamic faith), skinny jeans for men, and any democratic/Hillary Clinton paraphernalia.

Hopefully this packing list will help you survive 2017. Together, I think we can probably make it through this next year.

Or Trump will start World War 3. It's a toss up, I guess.