What Makes The "All-Stars" Align?

"Super Teams" in the NBA are becoming all the rage, but not all succeed 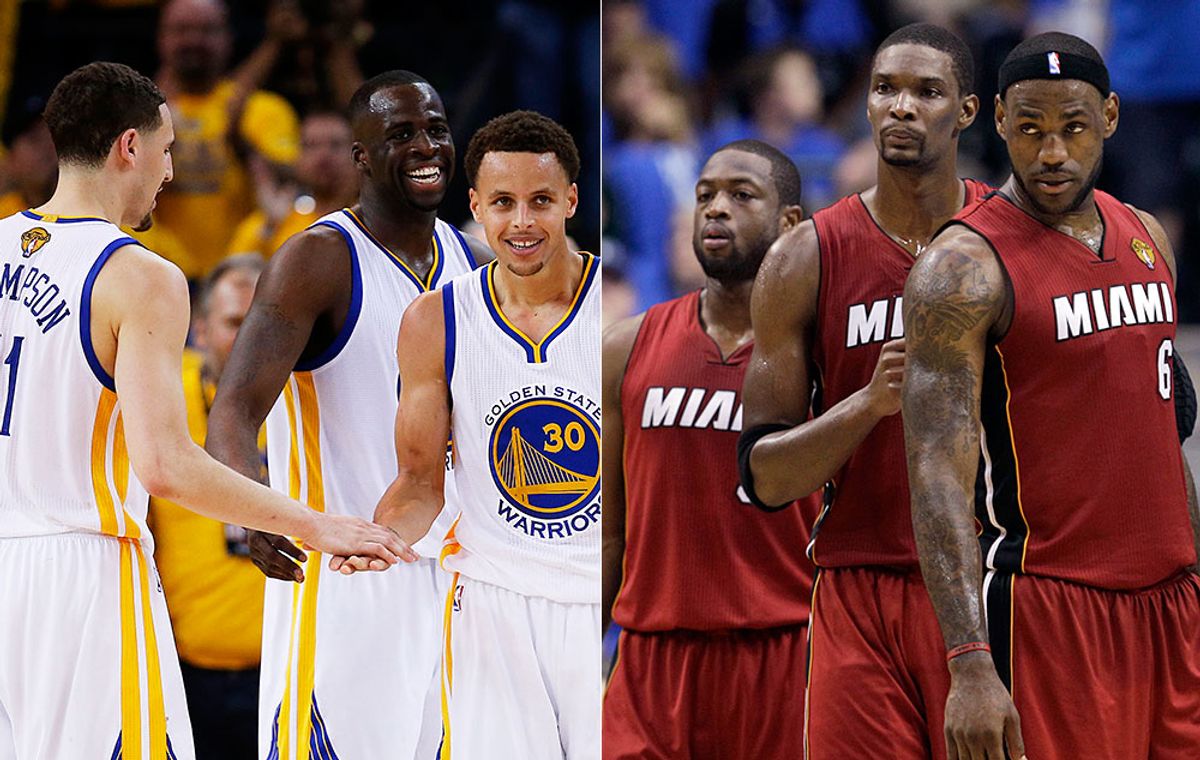 Building a "Super Team" has been the dream of every NBA team over the last decade. Ever since Kevin Garnett, Paul Pierce, and Ray Allen teamed up together to win a championship with the Boston Celtics in 2008, the league has been obsessed with consolidating multiple All-Stars onto one team.

Although every team has the same goal of building a "Super Team", they go about it in different ways. Some teams build through the draft, through trades, and others build through free agency.

In 2010, Lebron James teamed up with Finals MVP Dwayne Wade and All-Star Chris Bosh to form the "Big Three 2.0". The three kings of South Beach went on to take the league by storm by reaching four straight NBA Finals and winning two of them. Miami Heat team President Pat Riley orchestrated a revolution by finding a way to sign three All-Stars at once in free agency.

The Golden State Warriors built their current "Super Team" primarily through the draft. NBA All-Stars Klay Thompson and Draymond Green along with two-time MVP Steph Curry were all Warrior draft picks. They all developed together and went through the hardships of the NBA until they found the right system under current head coach Steve Kerr.

After winning a championship in 2015, this core was already expected to win several more rings. However they added to their legendary status by signing former MVP Kevin Durant in free agency this past off-season. If they win it all this season, this year's rendition of the Warriors might redefine the nickname "Super Team".

The three aforementioned teams are prime examples of successful super teams, however not every rendition has turned out well.

The Los Angeles Lakers have had many "Super Teams" throughout their dominate tenure in the NBA. Jerry West, Wilt Chamberlain, and Elgin Baylor Laker teams of the 70s dominated. The Magic Johnson, James Worthy, and Kareem Abdul-Jabar Laker teams of the 80s won several championships. The Shaq and Kobe Lakers three-peated in the early 2000s. Despite all of these success stories, there are two Lakers' "Super Teams" that failed miserably.

During the 2003-2004 season, the Los Angeles Lakers featured returning superstars Shaquille O'Neal and Kobe Bryant. That combo alone was championship caliber, but they added future Hall of Famers Karl Malone and Gary Payton to form a "Big Four". Despite drama on and off the court, the quartet reached the NBA Finals. However, an injury to Malone and a tough Detroit Pistons defense resulted in their defeat. The Lakers broke up this "Super Team" soon afterward.

Later on in the decade, the Lakers would win two championships behind the brilliance of Kobe Bryant and Pau Gasol. And in a move to extend Bryant's championship window, the Lakers brought in All-Star center Dwight Howard and former MVP Steve Nash for the 2012-2013 season. This second edition of the "Big Four" failed even worse than the first version. The team went through three coaches throughout the regular season and barely made the playoffs as an eight seed. Injuries were a huge factor on this team, but the lack of defensive focus and chemistry also were problems. A team that was expected to be one of the greatest ever, died just as quickly as they were assembled.

Antawn Jamison was on the aforementioned 2012-2013 Lakers team. The two-time All-Star and former Sixth Man of the Year Award winner, Jamison had a very successful NBA career with multiple teams. Jamison scored over 20,000 points over his career and when he signed with the Lakers, he was expected to bring a dynamic scoring punch off the bench. Unfortunately things did not go so smoothly in Los Angeles.

At the 2017 ACC Tournament at the Barclays Center, I spoke with Jamison about what are the key elements to having a successful "Super Team". The audio interview is below.