The pros and cons of speaking Spanish 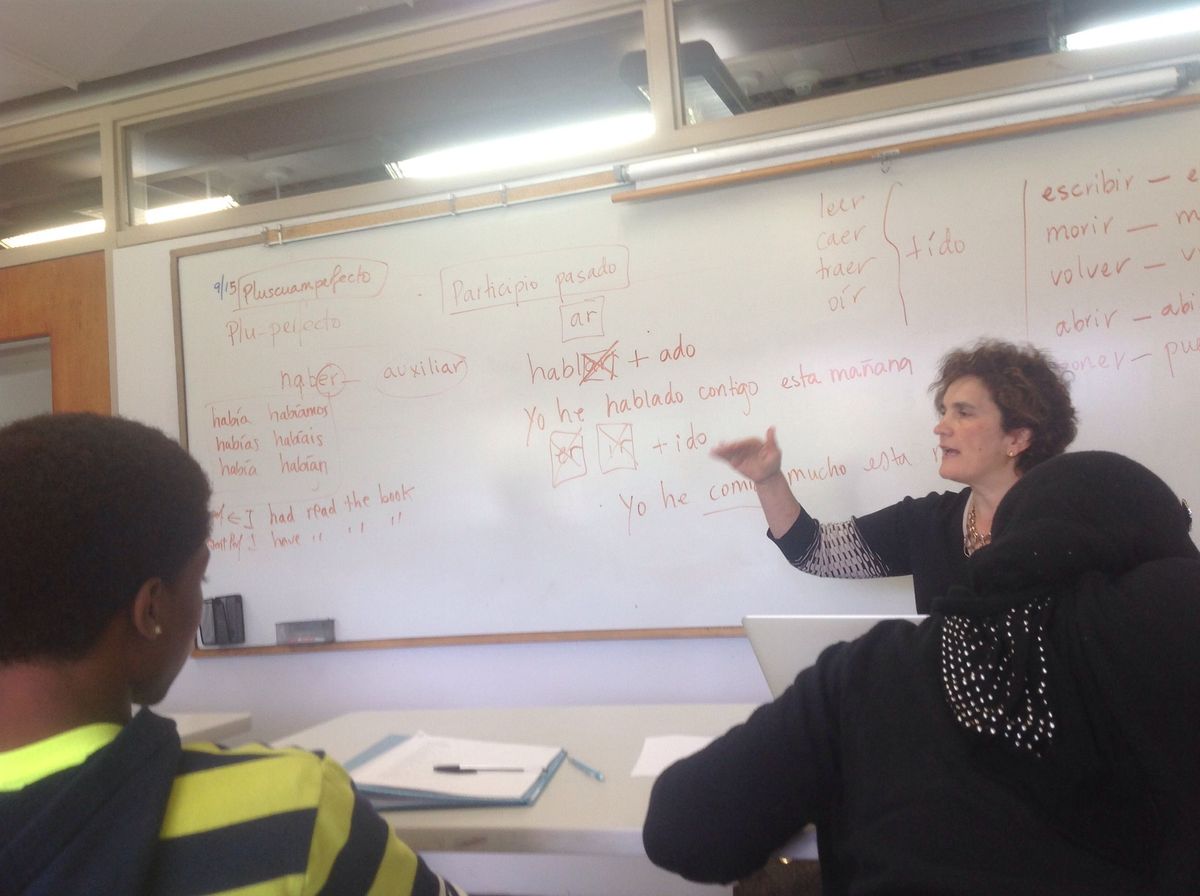 Growing up speaking Spanish had always been a blessing and a curse. Although, I know I am very lucky to have the privilege of knowing a second language, it comes with a price. In first grade, when everyone was learning how to spell and conjugate their verbs, I was doing the same thing, simply in Spanish. My whole elementary career I advance my knowledge and tested my boundaries in a language with little similarity to other kids my age.

When it came to integrating other schools and moving into junior high, all my other bilingual friends and I basically had a secret language. We could use it to share secrets, tell jokes, talk behind our teachers back (which we NEVER did), pass notes without our teachers being able to understand them, the list goes ON.

It’s a skill you can carry through and use for the rest of your life. Our school district had a special program for us. It allowed us to continue learning and advancing our spanish if we so desired. All of my peers and I admit that we are very lucky to have an opportunity that allowed us to learn a second language so fluently.

Being that we were basically learning two languages at once our brains were always being challenged. We were CONSTANTLY learning something new and being pushed by our teacher. This helped me throughout the rest of my ongoing academic career as well. I knew that I could push myself in highschool and I knew what I was capable of so that way I was forced to hold myself accountable for my studies.

The MINUTE anyone finds out I can speak Spanish, the thing they always say is “OOHH SAY SOMETHING IN SPANISH.” Yes, I can say something in Spanish. But I’m not a native speaker so I don’t have the cool accent

Growing up I literally learned everything in Spanish. That means when I got to middle school and they started teaching us math and science in English, my world turned upside down. I struggled so much it was like I was learning english all over again. Not only did my math suffer, but so did my English grammar. I never knew when to put in a comma (still don’t, fake it til ya make it) all my verb conjugations were wrong up the wazoo, and my reading was terribly slow.

Growing up knowing a second language is something I will forever be thankful for. It is a true treasure I will never take for granted. Even though there were some minor setbacks from it the pros end up outweighing the cons. Making it all the worth while

Nicole Marie Nigro
Individual Creator
7858
c1.staticflickr.com
Where to start...... Let me start with the cliche that life throws us curveballs and what we do with it is what counts.