What Happens When the Joker Becomes the Martyr?

What Happens When the Joker Becomes the Martyr? 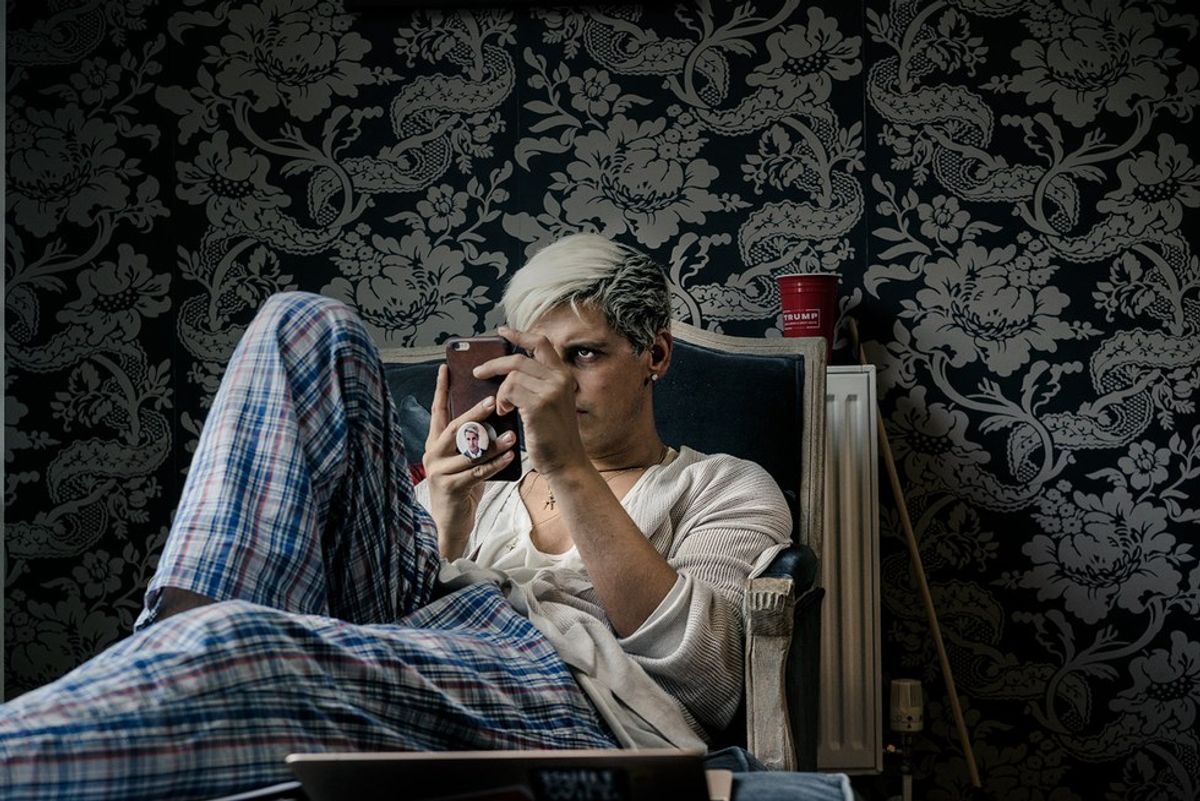 On Wednesday UC Berkley’s campus erupted in flames. The same place that birthed the Free Speech movement hosted a violent display of rioting, destruction, and censorship after planning to have a debate with controversial Breitbart tech editor Milo Yiannopolous.

To put it simply, Milo is the epitome of loathsome. Originally known for being an expert troll in the gaming world, he has since gone on to become the pretty face of the Alt-Right movement where he spouts rants against immigration, feminism, and political correctness through Breitbart. He was suspended from Twitter after it was discovered that he and his followers were responsible for writing despicable, misogynistic comments about Ghostbusters star and SNL comedian Leslie Jones. His brand of outrageous antics, narcissism, and bigotry has earned him roughly 464,000 subscribers on YouTube and frequent spots on CNBC and Fox. According to an article in Bloomberg Newsweek, he inputs all of his friends into a spreadsheet where they are ranked according to attractiveness, intelligence, income, and political views. On a separate column, he lists whether he should hold, long, or short them. Like stocks in the stock market.

Yiannopolous and his band of cohorts thrive on the tactic of “trolling”. Here’s the breakdown of how it works: liberals or well-known liberal figures make a public comment about white men being racist, and Yiannopolous and his band then begin bombarding their comments section and/or Twitterfeed with swastikas, racist comments etc., all as a means of provocation. Liberals then take the bait and use these “pranks” as evidence to substantiate the earlier claim; Yiannopolous comes out saying that they were jokes and that liberals should stop whining – making them look totally ignorant and fake.

And the fact of the matter is this works with frightening efficiency. During the campaign when Hillary Clinton was making a speech in Reno, NV, Yiannopolous’s group spent hours blasting these provocative statements on her websites, comments sections etc. before the scheduled event. While Hillary was giving her speech about the racist, anti-feminist, and anti-immigration stance of Trump and the alt-right movement she read four articles as evidence for her claims – two of them from Yiannopolous: “Would You Rather Your Child had Feminism or Cancer” and “Birth Control Makes Women Unattractive and Crazy”. In essence he won the PR jackpot: he wrote outrageous headlines and opinionated articles in order to snag attention, and one of the leading figures of liberalism fell for the prank by reading them with head-shaking seriousness – further validating his “brand” if you can even call it that.

Fast-forward to last Wednesday where Berkley students and anti-Yiannopolous members acted out in what they claimed was retaliation against fascism. They tore down barricades, hurled rocks and Roman candles at the building where the event was to take place, as well as at members of Yiannopolous's entourage, and even set fire to a high-intensity light used at construction sites. They also poured gasoline on the street to create another huge fire that set a tree aflame. Police had to resort to the use of rubber bullets and tear gas to control the situation. After posting that he was safely evacuated on Facebook, Yiannopolous commented, “One thing we do know for sure: the Left is absolutely terrified of free speech and will do anything to shut it down.”

By resorting to extremely violent and destructive measures, these students didn’t so much fight against fascism as enable it. Most people watching clips of the riot will immediately jump to bewilderment at what students are doing on campus these days. Why must liberals resort to mass devastation in order to silence someone they disagree with? How can a political group call themselves tolerant when they show such intolerance against someone with different views? And all the while Yiannopolous’s despicable nature is covered by the façade of a martyr for freedom of speech, his heinous acts ignored. And his social capital skyrockets through the roof.

This incident once again proves the truth behind Meryl Streep’s words, “Disrespect invites disrespect, violence incites violence”. We have the right to freedom of speech but we must exercise that right with responsibility. We have the right to speak our minds, to voice our opinions, and to stand against something with which there is vehement disagreement. We do not have the right to harm others or others’ property, because when you resort to that then your voice is muted by vilification. And the sad thing is that some people feel there is no other alternative but violence in order to rebel, to resist, to make a point and make a change. But when you tolerate intolerance for the sake of tolerance, you become just as much a hypocrite as the Christian parent who believes in “unconditional love” yet disowns their gay child, or the supporter of #AllLivesMatter that has nothing to say with regards to immigrants fleeing from the Middle East, or a president, or even presidents, who claims to have the utmost respect for women, only to show their true colors behind closed doors. And in these chaotic times of hypocrites when appearances means everything, the scumbag charlatans like Yiannopolous who know how to play the game emerge as King of the Hill.

Look, I don’t have the answers to everything, and I have no idea how these next few years will turn out – I can’t even predict what I'm doing in the next half hour. But what I’ve learned in life is that whenever you encounter someone whose opinion differs from your own, meet them with open hands and open ears. Listen to understand, not to retort. Show them respect, even if they don’t deserve it. Counter their statements with persuasive facts and knowledge, rather than hatred and destruction. And above all stay knowledgeable and check your sources to know fact from fiction and avoid the provocative pitfalls that are always out there. In return, you inspire them to treat you in kind. It doesn’t happen immediately, but when it does over time the effects are everlasting. That’s how you progress forward with certainty. That’s how you keep the American spirit of freedom and liberty alive, honest, and true. That’s how you silence the trolls and the outrageous entertainers playing on people’s emotions. That’s how you unmask the Jokers in this chaotic world.