What Are Advertisements Really Selling?
Odyssey

What Are Advertisements Really Selling? 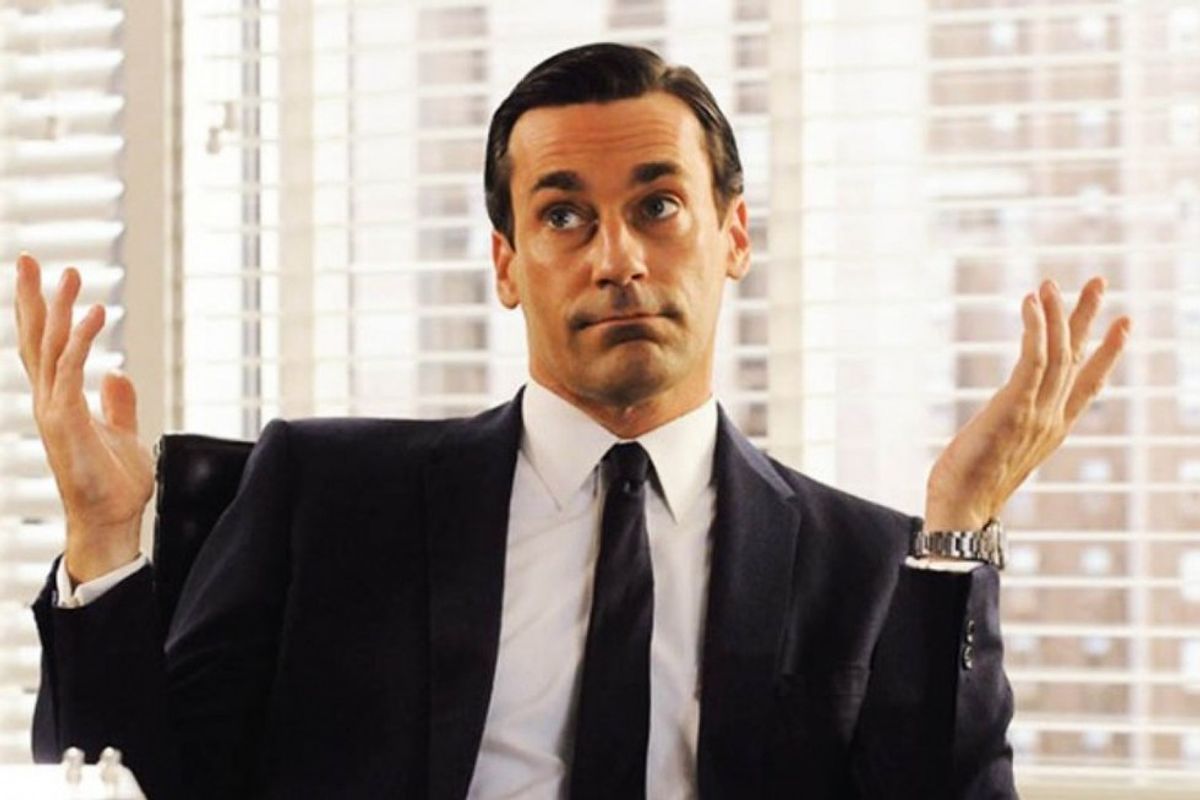 Freedom rings in the United States of America. The home of the brave overflows with declarations of self expression through beliefs, past times, and articles of clothing. The nation does not expect that every member dress the same, practice an autonomous religion, or enjoy similar activities. Instead, America puts forth that its people have the liberty to act and present themselves as they please. Clothing allows for this individualism, but only to an extent.

Oshkosh’s advertisements showcase young girls and boys sporting outfits fitting for the current holiday season, covered in symbols and decked out in colors deemed appropriate for their gender. Girls dress in pink and pleated outfits in these ads, meanwhile boys wear shirts with sayings such as “Dude” brandished across their chest and are doused in blue and green hues. Their advertisements depicting girls adorned in sparkles and boys in masculine clothing contribute to the growing issue of gender roles in today’s society. Oshkosh’s advertisement appears to be celebrating the freedom of America on July Fourth, but ironically its message does not convey equality, but instead enforces gender roles in American society.

Four children stand on a picturesque beach, two boys and two girls celebrating the freedom of the blessed United States of America. The United States of America creates men and women equally. The children align accordingly: a small young man wearing a navy blue t-shirt and khakis; his hair is short and he looks off in the distance with a half-open smile. Next to him stands a taller young girl; she has curly hair, an unsure smile and sports a dark pink striped t-shirt with a sparkly anchor. This young girl holds the American flag in her left hand, and due to the national importance of this symbol the audience finds itself drawn to her. The smaller girl next to her helps hold the American flag; she smiles as if posing for a class picture; her hair is in uneven pigtails and she flaunts a pink patterned dress. The final child the advertisement features holds a colored drink in his hand, showcasing his plaid and dark hues. This boy looks off happily in the distance like his male counterpart. None of the children wear shoes and they appear to be relaxing on the beach by themselves; rejoicing to celebrate their patriotism for their beloved country.

Although the advertisement appears to be highlighting patriotism, it shows how society enforces gender roles starting in one’s childhood. America is a proud country. The old and young in America encompass the idea of Patriotism. Compared to other countries pride, Americans tend to be more patriotic (Vavreck). In the ad by Oshkosh, the young children wear Uncle Sam’s favorite colors: hues of red, white, and blue to showcase their pride. The American people are filled with national pride. Based on recent studies, due to the nation’s ideologies concerning freedom, equality, opportunity Americans embrace nationalism more than other countries. The American flag symbolizes each of these crucial aspects of American culture which the children wave around in the Oshkosh ad. The ad puts forth an image of celebrating equality, meanwhile reinforcing the gender roles society imposes upon the children.

The message of equality does not appear to be cohesive throughout the advertisement. Freedom is the power or right to act, speak, or think without hindrance or restraint. Yes, these children are free, but are their identities? In society today, gender roles intrude on self expression. Society stereotypes females to like princesses, the color pink, to be sensitive, work together, and be kind. Meanwhile, the public presumes men will be independent, competitive, active, tough, and aggressive. Gender stereotyping is a growing issue in our society. Expectant behavior of each gender causes the individual to act a certain way due to the shaping of their culture rather than the individual they inherently wish to be.

Before children leave the womb, society places gender identity upon them. Friends and family shower expecting parents with pink if the child is presumed to be a girl and in blue if its a boy. Look in the baby aisle of the local toy store, the boy’s section overflows with trucks, tools, and super heroes. In the girls section? Princesses, stuffed animals, fairies, and flowers. “It’s a girl!” banners are sparkly, pink, flowered, and dainty. Meanwhile “It’s a boy!” banners are blue and green, flashy, but not glittered-up like the girl banners are. Before entering the world, our culture predetermines whether an infant will be a princess in training or the next professional athlete. Gender stereotyping decreases personal freedom. Although at a young age it circles around clothing and toys, as children grow older it begins to impact their behavior as well. Girls take on the role of being quiet, attentive, and team-players. Boys grow up not easily tamed, slower to mature, and independent.The gender role that women are not as strong as males follows them throughout their entire lives, which the advertisement portrays by having the boys standing independently and the two girls depending on each other to keep the flag upright.

In Oshkosh’s advertisement, the two males stand alone, while the two girls stand together, holding the flag up. The two young men look curiously toward an unknown, but the two girls smile blankly at the camera straight ahead. The advertisement depicts the differences of the children subtlety, but they adhere to the gender stereotypes. Girls are weak and boys are strong. The advertisement shows the roots of gender rifts: the boys are able to stand freely, meanwhile each girl relies on the other to perform a simple action.

Rather than showing each child holding their own flag, the girls depend on one another, meanwhile the boys stand alone. The advertisement enhances the controversial issue of the submissiveness of women in the media. The girls are young, but the subtle meaning of their stance can spark argument about the female’s ability to be independent. Society assumes, arguably, that the girls must work together. The public accepts this. But what happens when an agency challenges this stereotype? The media does not broadcast these types of endorsements. Advertisements do not showcase the tomboy or the young gentleman who likes flowers. The advertising industry puts forward the image of gender roles that society accepts and expects.

The advertisement of the children proudly surrounding the flag promotes the ideals of patriotism and gender roles in our society. The innocent children are unaware of society’s pressures to enjoy certain colors, activities, and ideals due to the amount of X chromosomes they have. Oshkosh appears to innocently share a snapshot of happy American children, enjoying the beach, and the freedoms of their country. However, the endorsement of their clothing line contributes to the distinction of gender roles in today’s society. Rather than celebrating individualism, the ad depicts gender identity. The observation of the advertisement helps reveal hidden cues expectant in our culture and the use of the children portrays how society drills these ideals into the minds of the public starting at a young age.
Report this Content
This article has not been reviewed by Odyssey HQ and solely reflects the ideas and opinions of the creator.