We Need to Talk About Kylie Jenner.
Odyssey

We Need to Talk About Kylie Jenner.

Cultural Appropriation from the Viewpoint of the Token Black Girl 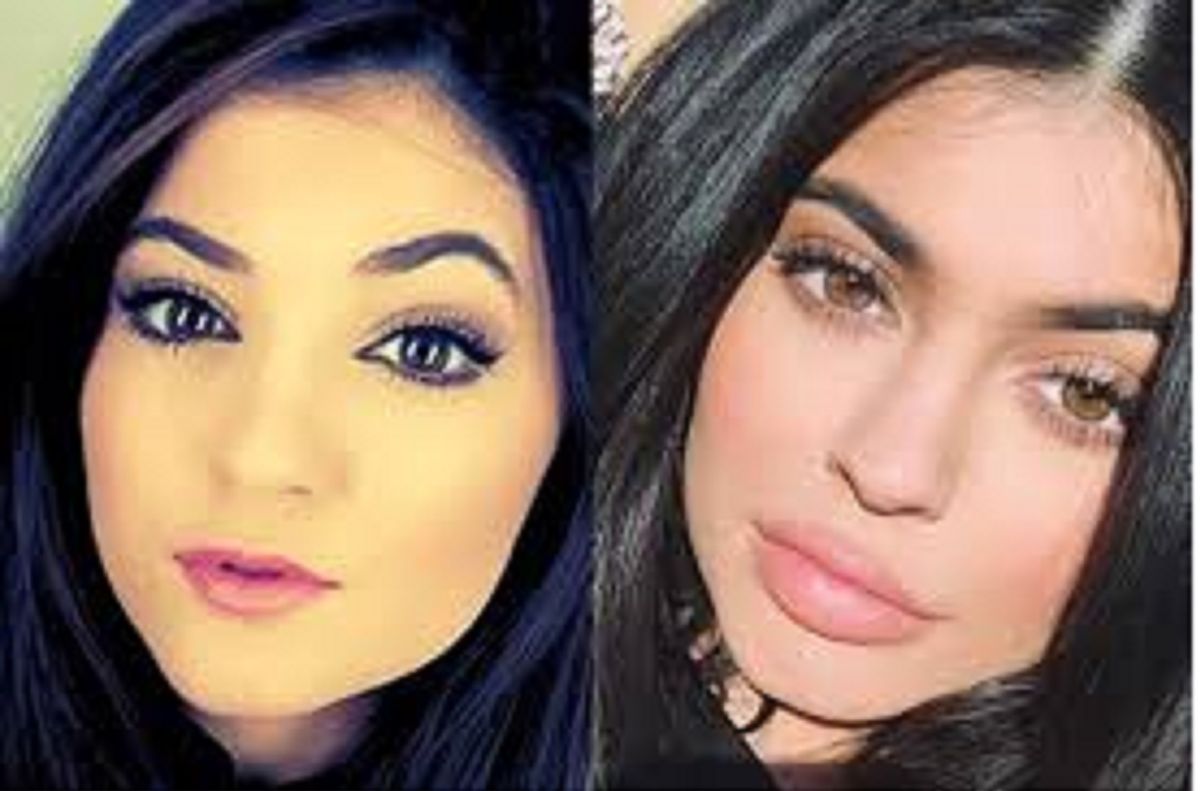 I hate listening to the radio, I don't watch TMZ or KUWTK; If you asked me what the latest "challenge" was, I'd have no idea.

It wasn't until Kylie Jenner became popular among my peers when I really started to open my eyes and pay attention to pop culture and it's affects on us (us meaning the teens of America.)

In 2015 the "Kylie Jenner Challenge" took teenage America by storm. My sophomore year, I would hear girls in my class talking about it. I went home one day and decided to research what all the hype was about. I watched Vines of Caucasian girls with naturally thin lips taking water bottles, cups, really anything with suction, and using it to make their lips bigger.

This was really ironic to me, because in middle school I would spend hours in the mirror trying to make my own naturally full lips look smaller so I looked more like my Caucasian friends. I even got a perm so I could make my hair straight and my family happy (I watched a few Chime Edwards videos and tried going natural, but my hair that used to be down my back quickly fell out and was shoulder length by seventh grade, but that's a whole different story.) I suffered from bulimia and made myself puke so I could be thin. Even though I was already considered "lighter than most", I researched how to lighten my skin on Pinterest, ignoring my burning skin as i ferociously scrubbed lemon, flour, and baking soda on my face.

But anyways, here I was sophomore year, disgusted as I watched these girls trying to make their lips look like, well, mine.

I went to school the next day and some random Caucasian girl came up to me and said "Wow, your lips are really pretty. Did you do the Kylie Jenner Challenge?" I was really tempted to say "Hell, no! I was born with these lips!" But her curvy voluptuous African American friend with shiny lip gloss and bright red cornrows stepped in and said "No, stupid, our lips is naturally like that." I was grateful for her black friend for putting some sense into her head, but that comment really bothered me.

From that day forward I pledged to Stop Kylie Jenner From Brainwashing American Youth Into Thinking Cultural Appropriation Is Acceptable, or SKJFBAYTCAA for short.

The thing is, it isn't Kylie Jenner's fault exactly, that's just how she grew up. And being exposed to celebrity and the media at such a young age, it only makes sense that she thinks that way.

But that still doesn't make it okay.

It started with the lips. Then came the hip and butt injections. Then the cornrows, the Kylie Lip Kit, dating African American rappers, and has now progressed with feuds with Blac Chyna, owning chickens, and whatever else she's doing nowadays. But now, she's all of a sudden making it okay for white girls to have everything I was naturally born with. Everything I had loathed about myself since I was eight years old was now trendy, popular, and even considered beautiful.

Let me take a moment to describe myself, or rather, everything that is considered "ugly" about me. I have coconut coloured skin (and not the inside of the coconut obviously.) I have naturally curly hair (if I had to put it in a category I'd say 3C/4A.) I have almond eyes that become "Asian" when I smile, a big nose, a dimple, a beauty mark (like Marilyn) full lips, thick eveybrows, elf ears, a gap between my two front teeth, an hourglass figure, and the calves of Usain Bolt.

I have hated my appearance ever since I can remember; I still do. I grew up in predominantly white schools, where thin was in and describing someone with mousy brown hair and blue eyes could mean you were talking about anyone. Any sign of a tummy and you were automatically considered fat. For a while I was confused. I was quiet and shy, very smart, 4.2 GPA smart, I was from a middle class family, I liked Pokemon and Barbies like everyone else. I did have friends who accepted me, but why wouldn't the popular girls? None of them said I was ugly to my face, but when I wasn't invited to sleepovers and birthday parties, I kind of got the hint after a while. It seemed like the only way into the popular crowd was if I was a superstar athlete, and gymnastics and theater didn't count, so there went my ticket to paradise.

But now here we were in 2015, and everything I had hated about myself for years was now finally okay to love, but only if it was on a Caucasian person's body. Gaps are cute on Caucasian models, Kim K's hourglass is the body that every woman wants, and Tori Kelly's natural curls are to die for. This, my friends, is Cultural Appropriation.

Cultural appropriation has plagued America for decades. From Rock 'n Roll to Madonna's "Vogue" to Miley's twerking, black culture has been white washed, while the African American community still continues to get ridiculed for the exact same things that Caucasian people are appropriating. You'd think someone with as much influence as Kylie Jenner has would fight to stop cultural appropriation, but I think we still have yet to see Kylie protesting with the Black Lives Matter movement.

Things have gotten better; the Natural Hair Movement is growing, including yours truly, activists such as Amandla Stenberg and Grey's Anatomy's Jesse Williams are speaking out against cultural appropriation, and movements like Black Lives Matter fight for the equality, freedom and justice for the African American community.

I still have some self loving to do, but I have finally reprogrammed my mind to think that my biggest influences, Alicia Keys, Michelle Obama, and Keke Palmer are just as beautiful as Gigi Hadid, Blake Lively, and Candice Swanepoel. Black is beautiful. We are intelligent and thoughtful unlike our loud and ghetto television portrayals. We are the inventors of Rock 'n Roll, peanut butter, and traffic lights. We are naturally curvy, have naturally full lips, and our chocolate, mocha, and coconut skin will never need a tanning bed. We are beautiful, and need to remember to love ourselves and each other.

All I ask of you is to consider what you're really doing when you're buying Kylie Jenner Lip Kits. #lovenothate

(all images are courtesy of Google Images)