Waving Through a Window

Waving Through a Window 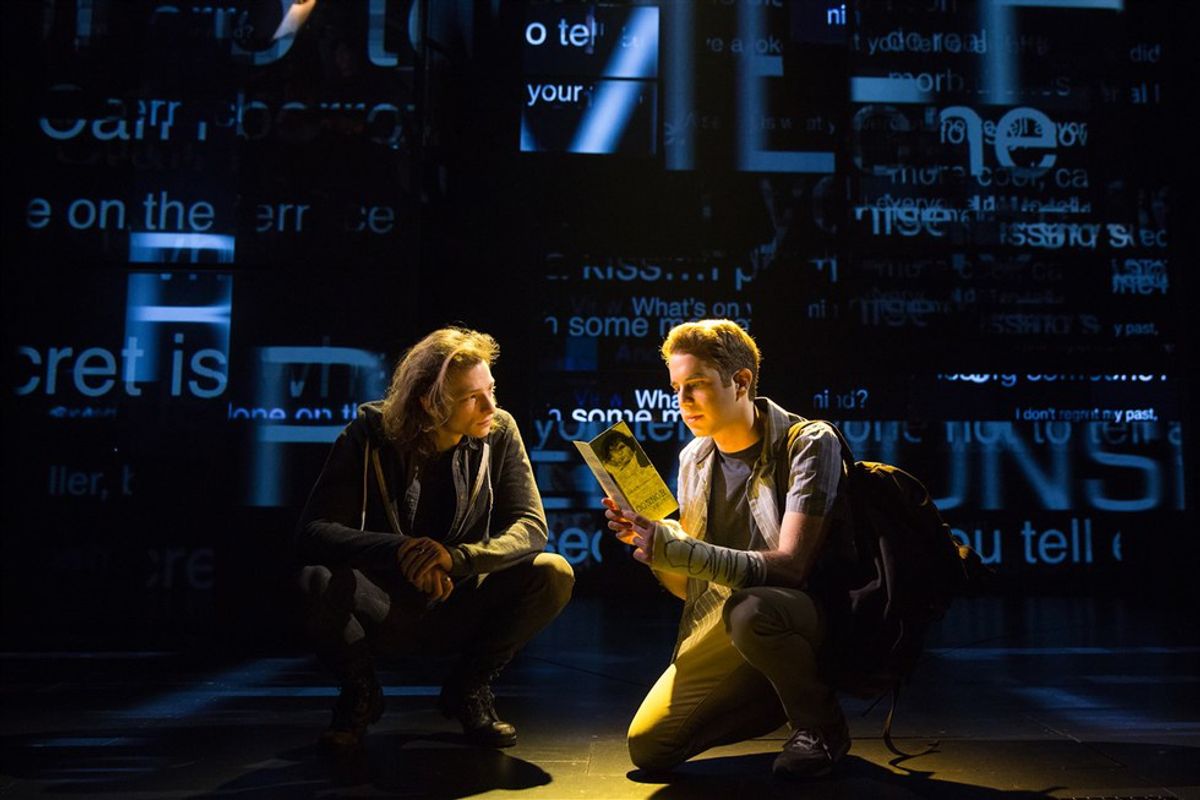 Before I make the mistake, before I lead with the worst of me

Give them no reason to stare; no slipping up if you slip away

All it took were these powerful words in the first verse of the smash hit song "Waving Through A Window" from the new musical Dear Evan Hansen to bring my heart, mind, and soul to a screeching halt. It was like everything faded away and suddenly I was back in the dark, nightmarish days of adolescence - a scrawny comic book geek who attracted bullying like a magnet. An only child who never experienced life growing up with siblings, and therefore struggled to quickly throw witty barbs back at the kids that teased him. The formerly talkative kid who would say no more than five words during an average school day out of fear that other kids would manipulate his own words against him, making him look like a fool. The guy who vowed to become the best, highest-ranked student academically so that he would at least be untouchable by his peers in that field. Maybe that's why for some reason I always related more to Hermione when reading Harry Potter.

Being an outcast is kind of like getting tapped to join a secret club. You don't know you're in it 'til you're in it. And when you're in it, while you're in it, you honestly wish like hell you weren't. It's a community that knows no bounds or limitations - everyone is welcome to the society of misfits. Sure, some may experience the harsher sides of this club more intensely than others - it's such a subjective trial that you can never fully compare yourself to another while in #TeamOutcast. Yet one thing that I've noticed is that each member of these groups - myself included - struggles to accurately describe the experience of being in this ragtag group other than the commonplace phrase: "it sucks." Even TV shows and plays that focus on characters that are supposedly considered freaks and weirdos struggle to identify that element and accurately showcase it to viewers. Until now.

In and of itself Dear Evan Hansen is kind of an outcast among musicals. It is an original story with an unfamiliar title in a genre dominated by adaptations and revivals. There are no star-studded celebrities or well known talent attached to the production - the closest would be 23 year old Ben Platt (known for Pitch Perfect) who takes on the role of Evan. To top it all, this musical deals with vulnerable subject matter and poignant themes like suicide, broken families, the pain of isolation and not being heard, and battling crippling mental disorders. Yet in spite of all the odds stacked against it, Dear Evan Hansen grossed more than $1 million and has skyrocketed beyond that benchmark since its opening in December.

This story follows Evan, a millennial high school student suffering from severe social anxiety disorder. He struggles daily with trying to talk to his crush, Zoe Murphy, who comes from a very wealthy and whole family, which is polar opposite of his own, Evan having been raised by a single mother he hardly sees because of the demands of her two jobs. When Zoe's brother, another outcast named Connor, commits suicide, the people at the school mistakenly believe that Evan and Connor were close friends. This miscommunication gives Evan a shot at everything he's ever wanted - recognition, popularity, status, the girl of his dreams, a chance to be heard and seen - but at a severe price.

Yet the true defining element of this production is its profound music, created by Benj Pasek and Justin Paul - a duo that may well be this era's equivalent to Rogers and Hammerstein. They are also currently riding the waves of success from their involvement in another exciting musical released this season - La La Land.

Their songs woven throughout story seamlessly blend components of pop and classic Broadway style. Yet the words to each song lack the typical frills and aesthetics you see in both categories; instead, they simply unleash a blunt, poignant authenticity that immediately connects with all listeners. They confront the harsh truth of some of the darker aspects of life, yet leave you feeling defiantly optimistic. They convey a sentiment that doesn't seem sentimental, but substantial - like real outcasts with depth and experience got on stage and belted their hearts out. And with the incredibly talented cast to sing out the words, you can bet that you're in for a rip-roaring ride on the "feels" roller coaster.

Dear Evan Hansen is a true testament to the loners, the outcasts, the freaks and geeks, the people who never feel like they're seen or heard. It makes you stop and realize that through all the pain, the anguish, the confusion of not quite knowing who you are yet, the feeling that no one else understands you, you still belong. You still have something to share, to give, to be more than you've ever been. And in spite of it all, through it all, someone will be there for you and you will be found.