I Was Born With Those Pigments

I Was Born With Those Pigments

The Sun Will Leave Its Marks On Me 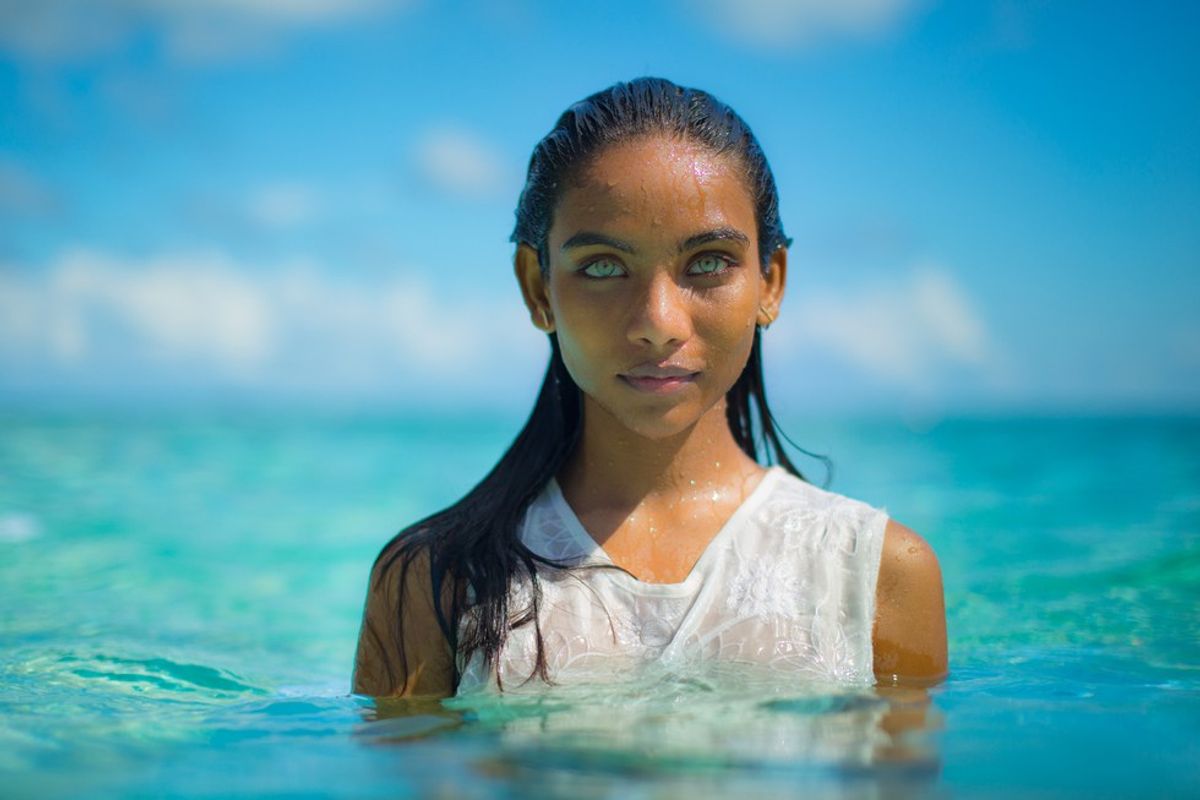 Beauty is defined in various parts of the world in many ways, and several countries have a "checklist" that decides whether or not you are defined as beautiful. Last summer, my family and I decided to visit Bangladesh, where I realized how much "light skin" mattered in the Western world.

I remember it like it was just a few weeks ago when someone took me to the side during both of my uncles' wedding ceremony. Someone introduced me to some lady and she was delighted to see me, but when she saw my brother she was EXTRA delighted. "Ohhhhhh, he is so handsome. He has a very nice complexion," she said. “Now, he looks like an American, whereas the daughter looks like they picked her up from some village in Bangladesh.” I obviously was not paying much attention to her but heard her words as I was starving, but then she looked at me and it went from a huge smile to a smirk. "What happened to you, dear. Why are you so dark?" she asked as she observed the event. "All your cousins are so light, beautiful, skinny, and what happened to you? You were so beautiful when you were little, but what happened?" I, once again, was stunned. "I don't know," I said and left. I started choking on my tears...I was full.

There was another day when I was at someone’s house with my brother and an uncle came in and sat down with us. We started a conversation by getting to know each other a bit, and then from nowhere he said, "Wow! You’re so dark.” I looked up and so did my brother. "Huh?" I said. He started giggling and said, "Why are you so dark?" while pointing at me. "Did he just say that?" I said to myself. "I mean, look at your brother. He's light and you're dark, why so?" I did not know what to say. "Dark people aren't that attractive," another man said. Tears started to pile up in my eyes as they continued to bash my skin color, but no one noticed as the electricity had gone out due to the storm. My aunt walked in heard what they said. “She's not THAT dark," she said as she was walked toward me, "we're both the same skin tone." "Nooo!" the uncle said, "You’re way lighter than her, she's so dark." He then looked at me and saw my expression; I looked sad (obviously). "Sweetie, no, I mean, yeah, you are dark, but you have a nice face structure. You're cute." Then I looked at him and said, "Well, I am glad that I am dark, at least I won’t catch an evil eye."

Another day I went to someone else's house and they were praising my brother and me on how we knew our mother language and a bit about our culture and all that good stuff. "Darling,” she asked, “why are you so dark? I thought the women from America were so beautiful with long, flowy hair, skinny, with beautiful light skin...what happened to you?" I was stunned once again. "Your brother, on the other hand, is so handsome. He is lighter than you and looks way better than you." "Did she just compare me, a female, to my brother, a male?" I said to myself. I literally had no idea what to say, excused myself, went to the bathroom and started bawling. I wasn’t only bawling because of what she said but the way her tone was and how she said it in front of several others. I was embarrassed. I went back to the room and acted like nothing happened.

I then typed Bollywood celebrities and started to notice that only the light skin ones were the top ones and the ones that constantly kept showing up, which hurt. I started to think that pretty girls are light skinned girls. My family would even try to apply turmeric and search up remedies to “improve” my complexion.

I remember coming back from Bangladesh in August, searching up ways to look beautiful and get lighter. I would wash not once, not twice, but thrice just so I could get lighter. It was bad. Really bad. Society is so sick that it makes you feel bad about yourself. I started to recall days when some of my Bengali friends would say how lucky I was that I was lighter than them, and now I know how they felt. I remember people telling me lighter skinned girls are good looking, whereas dark ones are not. It's so hard when you end up being the dark cousin in the family while everyone else is lighter than you.

But then I realized how much I was pressuring myself to “change my skin color” in which I gave up and forced myself to stop doing what I was doing. I learned to love myself. I learned to love my skin. So what if no one likes me for having a darker skin tone than others; I have to learn to love myself before I have a partner in my life. With all that being said, everyone is beautiful. Beauty comes in all shapes, sizes and shades. I know it can be hard at times, but you just have to believe in yourself and push yourself, just like how I am doing. We, together, can build a strong, positive society and help those who have the negative cloud over their head think positively and love themselves.