I Want A Dog. No Correction, I NEED A Dog
Odyssey
CurrentlySwoonLifestyleHealth & WellnessStudent LifeContent InspirationEntertainmentPolitics and ActivismSportsAdulting
About usAdvertiseTermsPrivacyDMCAContact us
® 2023 ODYSSEY
Welcome back
Sign in to comment to your favorite stories, participate in your community and interact with your friends
or
LOG IN WITH FACEBOOK
No account? Create one
Start writing a post
Lifestyle

I Want A Dog. No Correction, I NEED A Dog

The desire to have a dog grows stronger every time I'm told no. 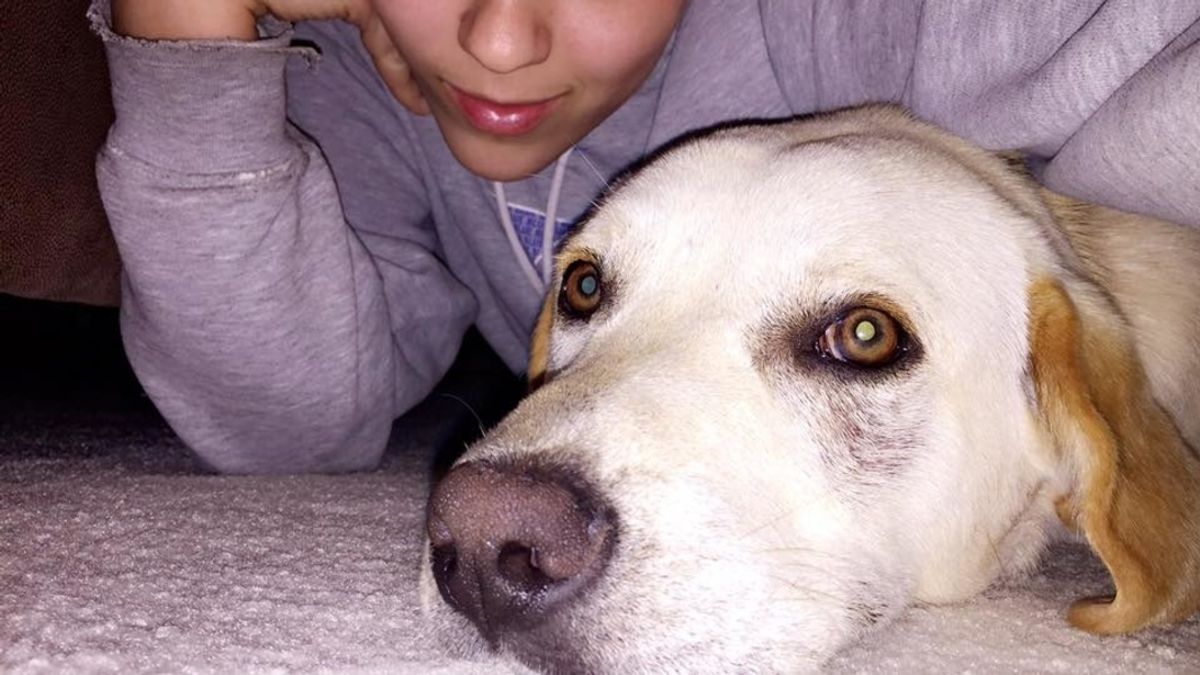 It's like being told not to do something but wanting to do that thing even more than before because people are telling you not to do it.

I've wanted a dog for as long as I could remember. Every time I asked, I got the same reply: 'NO,' as if it was on repeat. In third grade, when I asked for a dog my parents told me we would look for a pet if I got good grades. Well, in third grade all you needed to do was act like you wanted to be at school and you did well.

At the end of the school year, we went to the SPCA and went looking for what I thought would be a dog. I was quickly reared towards the small pets sections where I met my future rabbit Marshmellow. A white, Danish rabbit that was very shy, but gave lots of kisses.

After a second visit, she came home with us and stayed with us for nine years. When the time came for me to go off to college, my parents decided they couldn't take care of her, so we found a home with five young kids in the same position as I once was.

I loved Marshmellow, especially the fact that it scared my sister when the light caught the rabbit's eyes and turned the pretty blue into a scary shade of red. However, she was no dog. Not a dog that would climb into my bed and cuddle or follow me around on her own. She didn’t come when called, and she didn’t do any fun tricks. She also didn’t run up to greet me when I got home.

Even after getting Marshmellow, I begged for many of the following years for a dog, and yet still no headway. I even made a Powerpoint about why we should get a dog, the benefits of having one, and how I planned to take care of that dog. They wouldn’t even budge an inch. So I tried the next best thing, my boyfriend. I told him when I come to visit him I'm going to a dog shelter near him and adopting a dog to leave at his house. He wasn't thrilled with the idea, to say the least.

I’m well aware that dogs are work, and my parents say it’s like having another child. My sister and I are barely at home because I’m in college, and she’s in law school. There isn’t a more perfect time than now for my parents to adopt a dog and have something to keep them a little busy and for a little company.

I could also come visit the dog and take care of it when needed. The only thing that will come of this deprivation is that when I get my own place I may end of having 10 dogs to fulfill my desire of owning my own dog for such a long time.

Nicole Marie Nigro
Individual Creator
9495
c1.staticflickr.com
Where to start...... Let me start with the cliche that life throws us curveballs and what we do with it is what counts.