It's 2016. Why Are We Still Executing People?
Odyssey

Why do we still condone vengeance masquerading as justice? 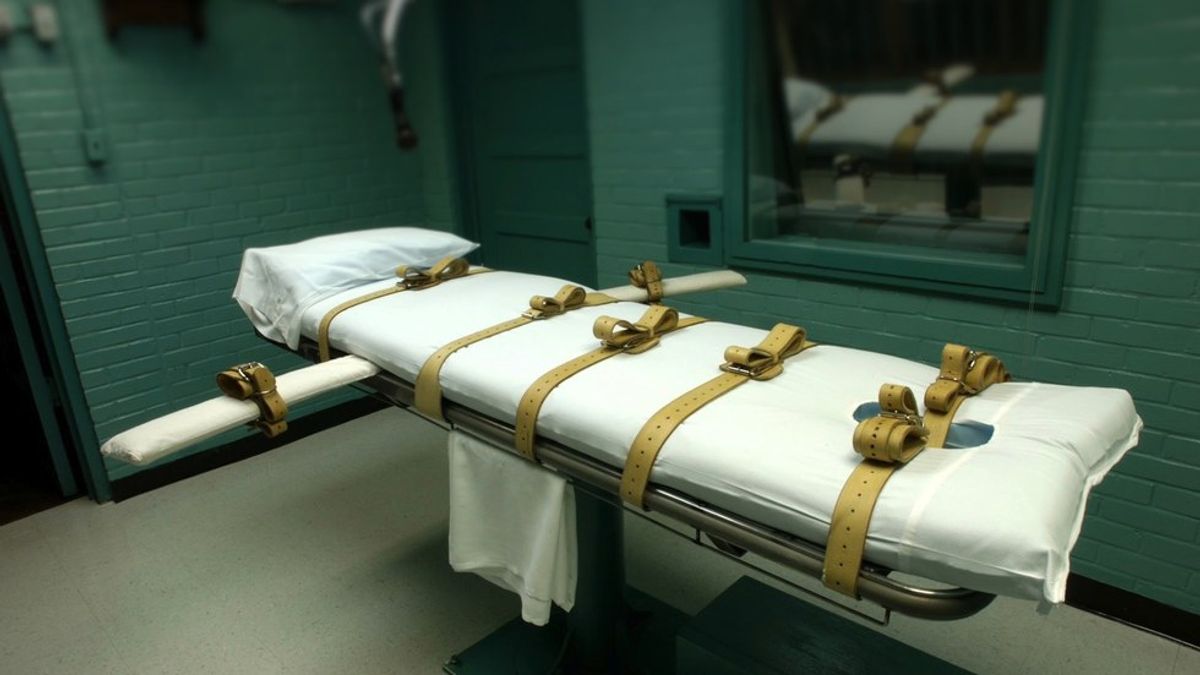 The United States is one of only 37 countries in the world that executes its criminals, sitting on the list with countries like North Korea, China and Syria. Within the US, only 19 have completely abolished the death penalty, leaving 31 states and the federal government with the ability to sentence those who commit crimes to death. As the 103 nations without the death penalty have learned, though, the moral cost of executions far outweighs the so-called "justice" achieved by putting people to death.

Let's forget about the statistics, because there are numerous articles proving that the death penalty costs far more than life imprisonment, or that capital punishment disproportionately affects people of color, or even that mentally ill people can be and are often sentenced to death, even when their behavior and crimes are directly linked to their illnesses. These have all been written before, and while they are certainly compelling, there's a much simpler reason to oppose the death penalty in the United States and across the world.

The matter comes down to the concept of justice versus revenge. In a piece for Psychology Today, Dr. Leon F. Seltzer makes several distinctions between the two terms, which can be condensed to these definitions: Justice is fair, impartial, impersonal and restorative, while revenge is motivated by emotions, partial, personal and cyclical. Revenge can easily be mistaken for justice; however, the main difference lies within the motivation behind the actions. Justice seeks to right a societal wrong in an appropriate manner, but revenge only seeks to right a wrong against a victim in an often excessive manner.

Under which category, then, does the death penalty fall -- revenge or justice? Most justification for maintaining capital punishment in the US comes not from a logical source but, rather, an emotional place. Proponents of the death penalty seek vengeance for the families of victims affected by crime and cite the pathos of a case to incite a cry for "justice" with a jury and, eventually, all of society. We seem to have an innate desire to "make criminals pay," and so we allow the state to commit the very same acts of violence we supposedly condemn. If taxpayers contribute the funds for executions, how are they any less guilty than those they seek to kill?

I understand that the bloodlust that comes after a loved one is slain is beyond powerful. I know that the desire for vengeance is always present, no matter who the victim was. If we let ourselves be overwhelmed by this primitive response, though, what kind of society are we? How can we have a functioning justice system that seeks blood instead of repentance and forgiveness? Eventually, I hope, the United States will realize what our fellow countries have already discovered and eliminate the system that has already sentenced more than 150 innocent people to death, then later exonerated them, and has in all likelihood murdered countless innocent people due to procedural errors and racial bias.

There are currently 2943 people in the US on death row awaiting an unknown date for the end of their lives. They are so much more than a list of names and statistics--these people, even though they may be guilty, are human beings with families, with the same right to live as any of us non-incarcerated people have. I urge you to take a look at this list, to read over the names and realize that the death penalty isn't a victimless policy. Nearly 3000 people are currently waiting to be murdered by the state, and more will join them unless we wake up and decide to change our inhumane approach to vengeful justice.

Caitlin Marie Grimes
University of South Florida
11662
Beyond The States