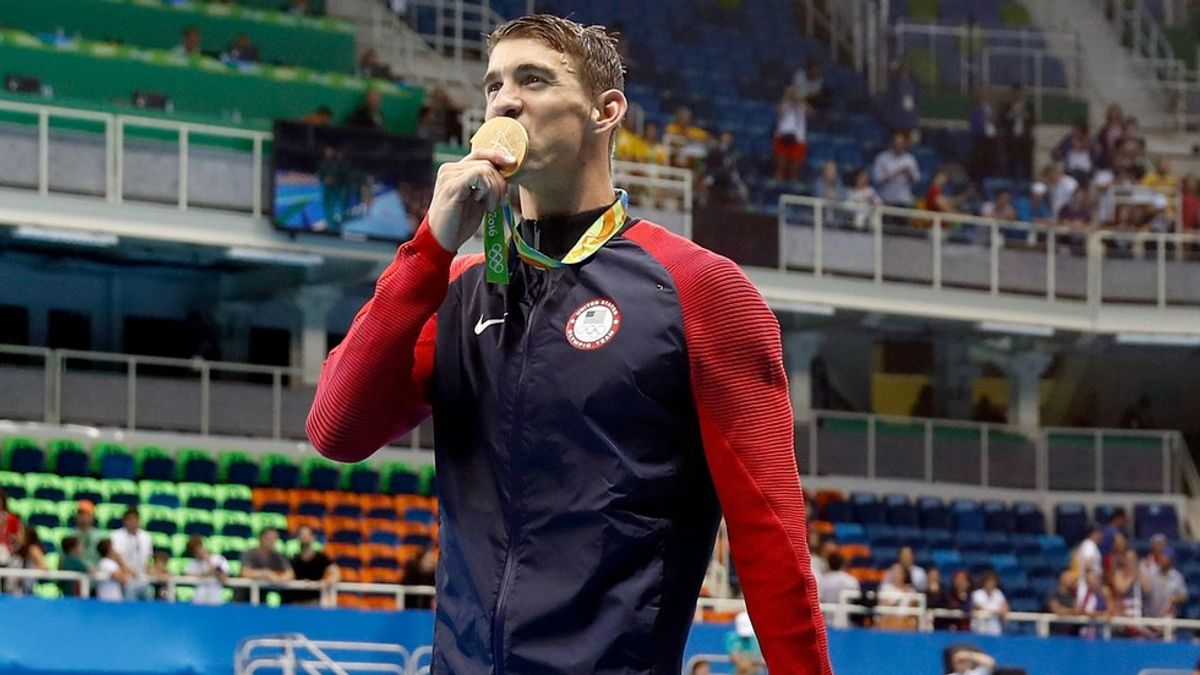 If you have been following the Olympics at all, you know that USA is absolutely dominating with our medal count above other countries. One of the biggest events that has been bringing us the most medals being the USA swim team.

With Phelps leading the USA team as a whole into the arena carrying the flag during the opening ceremony, USA set a high standard with the song choice of their entrance. From the moment our swim team arrived in Rio they made it known that they were going to bring the heat, competition and laughs.The team came together quickly to record what could very well be the best carpool karaoke video that we have seen. As if that wasn't enough for us, we also were graced with their numerous selfies before meets and after meets as well.

It goes without saying that the top swimmers to watch this year were: Michael Phelps, Katie Ledecky, Ryan Lochte and Missy Franklin. However, each member of the swimming team has stepped up and made their mark on the Rio Olympics. Some of those swimmers being Nathan Adrain, Lilly King, Ryan Murphy, Simone Manuel and Connor Dwyer.

Despite how great these swimmers are at bringing home medals, they are known for so much more than that which is how great of teammates they are to one another. Not a day has gone by during these olympics where they were not encouraging each other, supporting one another, and celebrating their accomplishments with one another. One race in particular, Katie Ledecky and Leah Smith competed against each other in the 800 meter freestyle. This race Katie took Gold breaking her world record and Leah took bronze and was immediately ecstatic for her teammate for breaking her own world record. Moments like those are what make watching this USA swim team so enjoyable. They are genuinely proud and happy for one another and it truly shows through when they race against each other and go and support them at each race they have.

Everyone knows that the swimmers have been receiving a lot of medals, however, there are a few people that I believe should be receiving gold medals while watching the swimmers which are the USA basketball team and Leslie Jones. These super-fans of the swim team should have a category of their own when it comes to how supportive they are and they hands down deserve an honorary medal for that.

Nicole Marie Nigro
Individual Creator
8259
c1.staticflickr.com
Where to start...... Let me start with the cliche that life throws us curveballs and what we do with it is what counts.