Fear Of The Unknown

reaching out about my illness for the first time 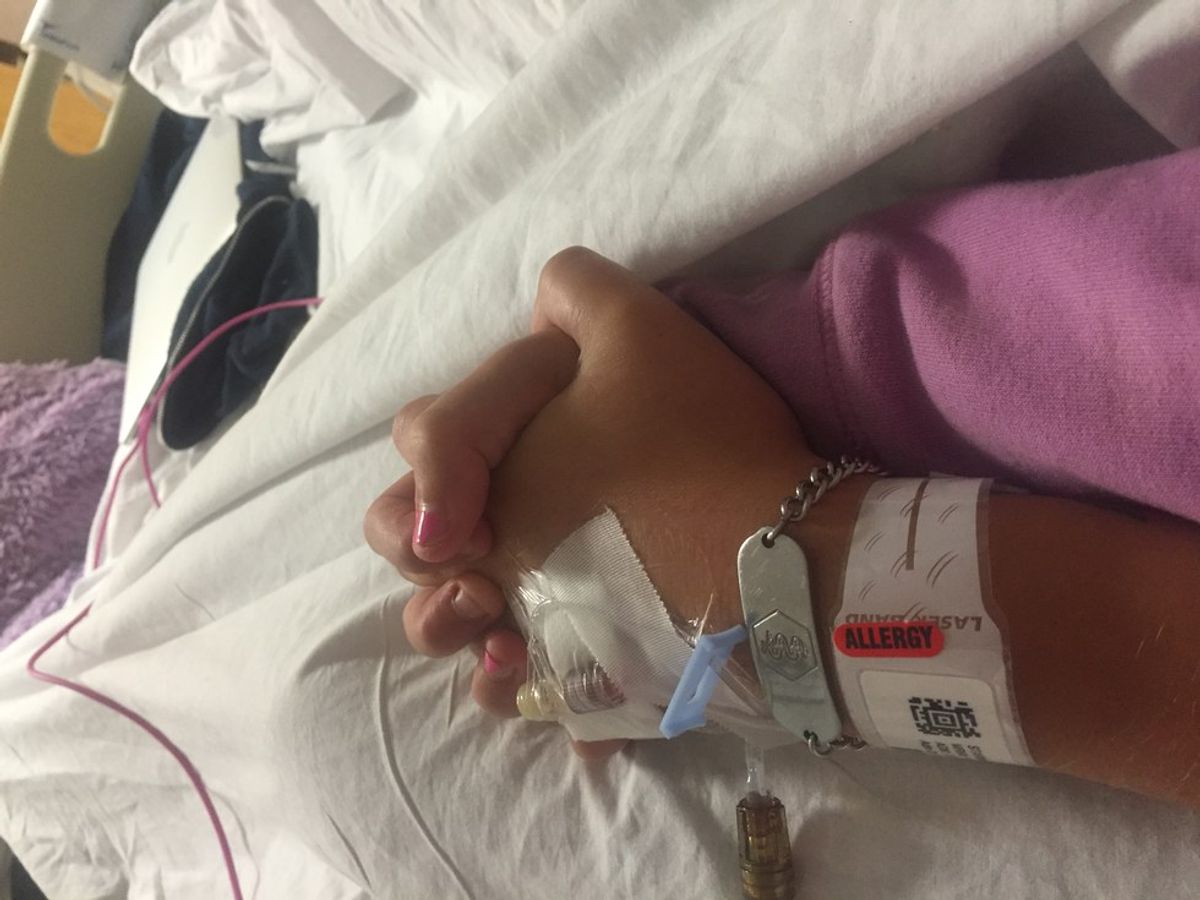 The infuriating, darkening, and totally paradoxical thing about Epilepsy-especially for someone like me- is that it’s like the biggest, “F**k you,” the universe could have thrown at my type A, impatient, compulsively forward personality. So, the fact that my current lot in life involves not knowing when I’m going to be conscious or not is pretty ironic, to say the least.

I’ve been dealing with this illness since I was in elementary school. All I knew in my tween years were hospital visits, MRIs, routine blood work and EEGs. Although I never truly understood why I felt the way that I felt, I refused to reach out. I never really felt a sense of normality in sharing my disease with others, so I kept quiet my entire life.

Eventually, through puberty, my seizures were controlled with my medication and I was weaned off completely after two years seizure free. I continued my everyday life, participating in all of the sports I loved and no longer living in fear that something would happen. There was nothing to talk about because I was okay.

But the thing about Epilepsy is she’s a sneaky bitch. It can hide out for a year…or five and trick you into believing everything is fine. You will begin the next big stage of your life prepared to grab it by the horns and move forward without illness- then just like that she’ll peek her head around the corner with a giant “HA!” and you’re back in that terrifying place- only this time much worse.

Every time it happens, I feel different. I’m not saying that I react differently physically or even emotionally each time, but I feel like every time I wake up from the total darkness and the complete unaware, I’m a bit changed. With each seizure, each involuntary jerk of my body, clamping down of my jaw, and foaming of my mouth, I lose a little piece of myself. Each time I lose control and wake up in an ambulance or on the floor or with a bloody bump on the back of my head, I leave a fragment of myself in the neurological aftermath.

My doctors assure me that we’ll get a hold of it eventually, there’s still medications to try, I still have time before I worry about my future with child bearing, I can still grow out of it, I can lead the completely normal life I was fooled into believing, but that everything will be okay.

And for the most part it has been.

Believe it or not, I actually have faith in their words. Maybe it’s because I was raised to realize that things can always be worse…maybe it’s because I refuse to show my fear unless I’m transposing it into words on my laptop on the train ride home…maybe it’s because I’m too stubborn to lose any more control than I’ve already lost. But when the perfectly pitched voice of my neurologist coos at me I can’t help but to give in to her optimism. After all, I’m alive.

Life may not always go the way you’ve planned in your head. Sometimes things happen to us and we have to believe that we’re strong enough to overcome them. Of course I’m fearful of my future- more so now than I was ten years ago. But in my recent new battle with this disease I’ve learned one very important thing:

Whether I’m 12 years old and playing video games with my brothers, or 20 years old sleeping next to my boyfriend, every single time I’ve woken up from one of my episodes, I’ve been surrounded by people that love me. And not just corny, fake, or forced-together-by-medical-circumstance love, I mean really love me. Although I wasn’t prepared for this new stage of my life to include the baggage of my past, I know that, again, life could always be worse and that the word “epilepsy” is not a curse or a death sentence. It is simply another noun in our language and one that I refuse to define me.

QueenRadhi
The State University of New York at Stony Brook
3349