An Unfiltered Response To My 'Friends' That Support Trump
Odyssey

An Unfiltered Response To My 'Friends' That Support Trump

Can't you see that we're hurting? That America is falling apart right now? 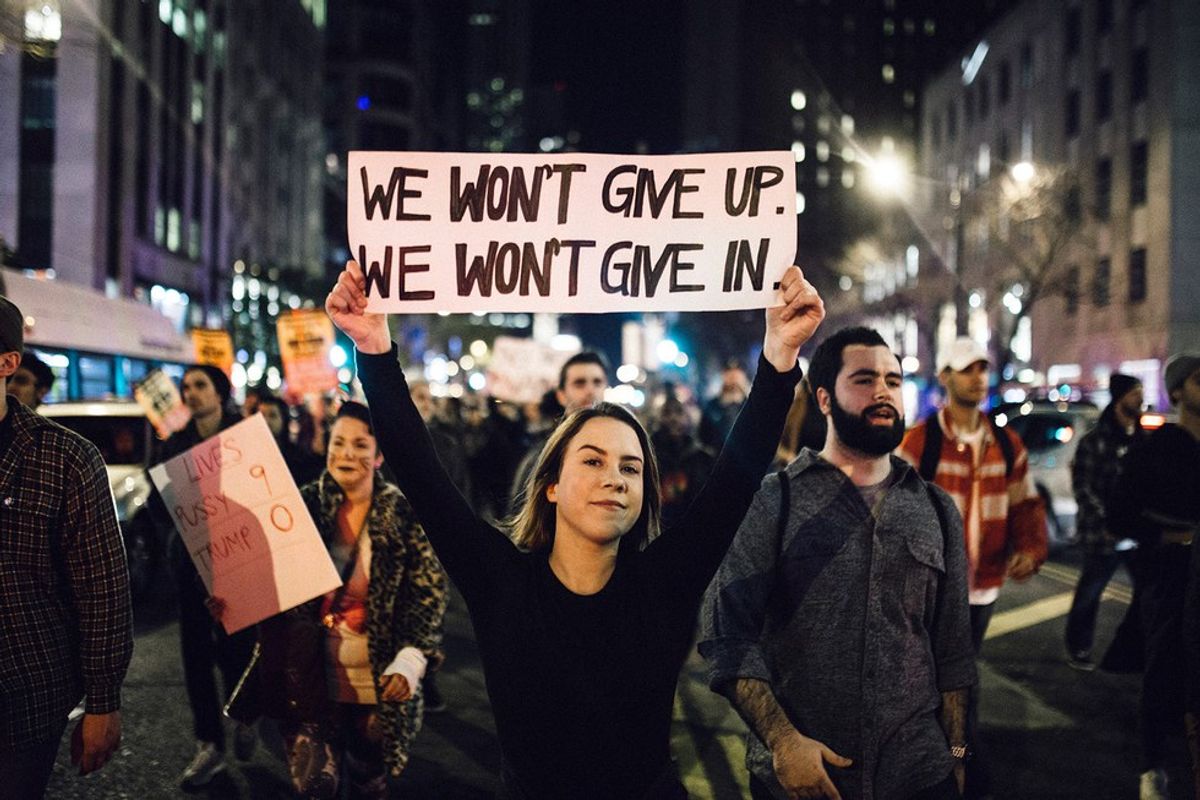 Over the past couple days, I’ve been struggling to maintain strong friendships with my conservative friends. I’ve been finding myself lacking to want to engage with or see them. I don’t want to spend time with them because I’m angry.

I’m frustrated with my conservative “friends” for wreaking havoc on our country. I’m angered that they could vote for someone as cruel and evil as Donald Trump. I simply don’t understand how I used to consider these people as compassionate and caring, but now I only see them as supporters of the greater evil. How could genuinely good-minded, good-hearted people support a man who advocates a muslim ban? Who advocates taking away basic rights from women? Who advocates “locker room talk” as something other than rape culture? Who could advocate or support someone so inherently mean, selfish, and un-American?

I’ve been at war with myself a lot lately. What should I do as an extremely liberal, feminist, millennial, young woman in her Junior year of college… How should I approach this anger without ruining friendships… or do I even want these friendships? I simply do not know…

Throughout this Trump presidency I’ve encountered a few serious questions for Trump supporters (specifically the Trump supporters who only claimed to vote for him for abortion reasons, or economic reasons).

SIDENOTE: I still personally think voting for someone as disgusting and inappropriate as Trump for “business” or “pro-life” reasons is complete crap. Like I get it, but I don't- because if you are a truly kind and empathetic human being you would not be able to put abortion and business over common decency and rape talk and discrimination and prejudice.

BUT ANYWAYS… here are my questions for my more conservative “friends:”

If you are truly pro-life how can you support a Muslim ban?

If you believe all lives matter how can you support a Muslim ban?

If you are a woman, how could you vote for someone who brags about unspeakable sexual assault acts?

If you believe all lives matter AND you are pro-life than shouldn’t you support the rights and lives of LGBTQ members?

If you have children, how can you call Donald Trump this nation’s “leader” to your child’s face?

If you are a kind-hearted, good-natured human being, how can you stand to see all of this hatred and violence occur because millions of people in America are devastated by the outcome of a Trump presidency?

I don’t mean to offend anyone, I simply cannot continue to filter my thoughts as I see Trump’s presidency unfold.

From- A very hurt, embarrassed, ashamed, and saddened American.