A countdown of our dads' most popular catchphrases and what they're really trying to say when we hear them. 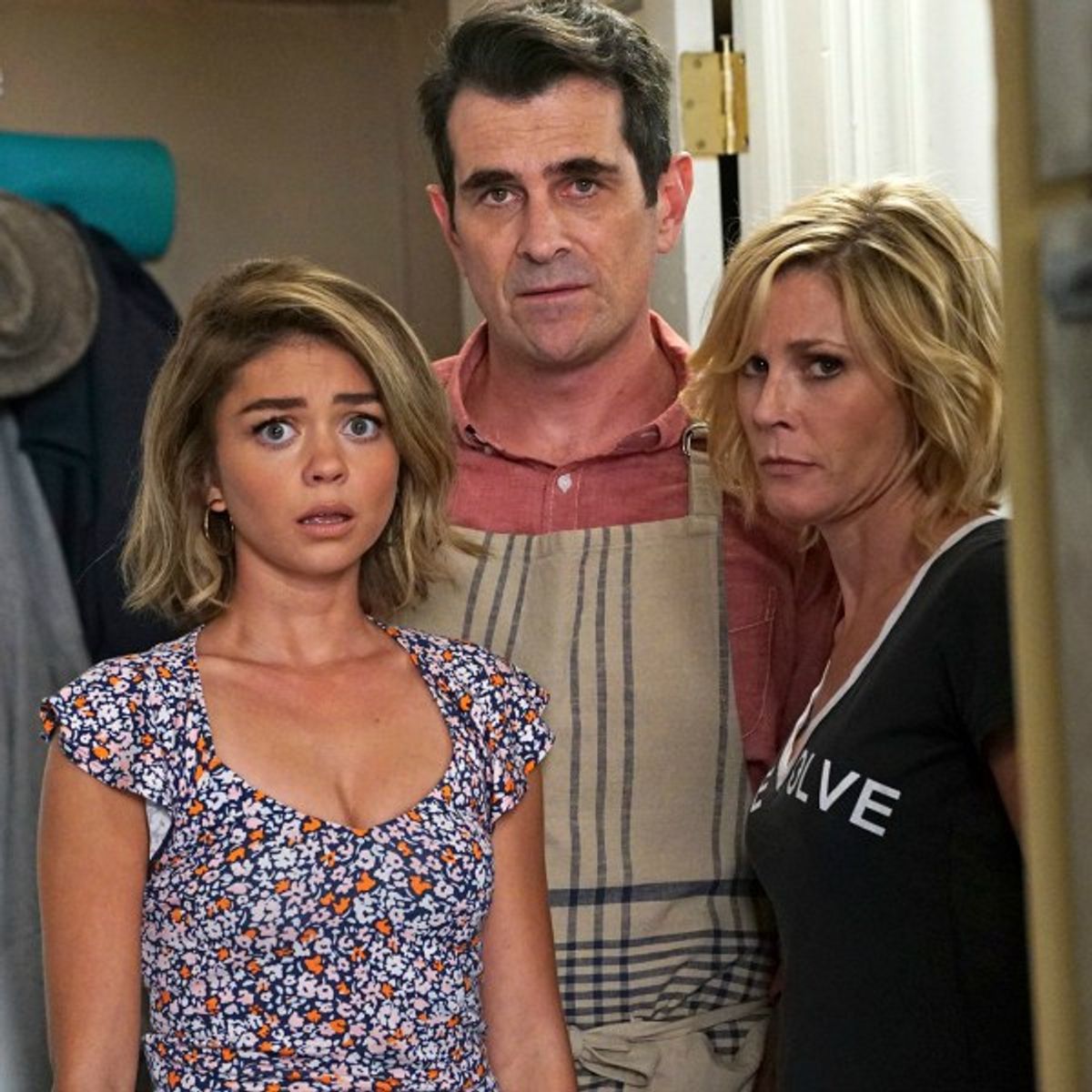 We all know how frustrating dads can be, especially for girls. From boys to grades to money, I've heard it all from my father, even though I was never very willing to listen to it in the first place. We used to butt heads more than two mountain goats, though this could be because we have the same stubborn and unyielding mindset that firmly believes our own side of the argument is always the right side. They say self-righteousness isn't genetic, but I don't believe them.

When engaged in our weekly debates, my father always liked to get in the last word. Shocking, right? As a teenage girl I always had plenty to say, so he needed to make the finale really pack a punch; say something I couldn't respond to, something he knew more about than I did. You could call it a secret weapon. I've come up with a few of his most used "secret weapons" that left me the sore--and sometimes confused--loser of our battles, because while I didn't enjoy hearing them the first time around, I've realized that most of them were said to help me, not hurt me. In fact, life lessons can be learned from what my father used to nag me with.

As we approach Thanksgiving and winter breaks, otherwise known as long (and sometimes painful) periods of time to be rejoined with family, I've decided to prepare a countdown of my Dad's top five worst (or is it best? Definitely frustrating, that's for sure) closing argument quotes. By presenting you with these quotes, I hope to help prevent any unnecessary arguments with you and your own father during what should be stress-free vacations, and also maybe to make you appreciate your dad just a little bit more.

5. "You can when you're paying with your own money."

We'll start with an easy, classic one. Of course, there are several variations to it, such as, "Do you pay the bills around here?" or "Do I look like I'm made of money?" If you're like me, you've probably heard this weekly, if not daily; my father is not a penny-pincher by any means, but he's frugal enough to be frustrating at times.

But maybe if I hadn't immediately run off to my room in an Academy Award-winning tantrum after being denied that new car, I would've realized the importance of what my dad was saying: money is not just given out in the real world, it's earned. I struggled with that one BIG TIME, and I only wished that this quote resonated with me sooner; while there's more to life than material items, enjoyment can be found in expensive luxuries like vacations or concerts, along with memories and even relationships.

So, despite what Ed Sheeran says, some of the best things in life don't come free to us, and what my father was trying to say to me by repeating this phrase (which I'll hear in my head for the rest of my life) is that rewards often come with hard work. Those that deserve rewards receive them. We must learn to accomplish things for ourselves and realize that when we want something, we're the only ones who can go get it.

Let me tell you...this one started a few fights that shook the walls of our house. Growing up, I always had a very independent attitude; I fully believed I was capable of running away successfully and live a thriving life in my playhouse in the backyard. When I wanted to do something, my first thought was that I could do it and my second thought was that I would do it. I'm sure we've all felt this self-entitled before.

So you can imagine my surprise when my parents would step in and put a stop to my plans. Bewildered, shocked, and more offended than I should've been, I'd stumble around with excuses, never landing on a solid foundation to build my reasoning upon. The most common ones I'd use were, "But everyone else can go!" or "But everyone else doesn't have curfew!" or even, "But everyone else's dad lets them do it!"

As if comparing my Dad to other dads was the key to my success. Won't make that mistake again.

Perhaps I could be reading into this quote too much, but there's more to it than just dads keeping us from going where they don't want us to go or staying out late or doing things they wouldn't approve of. Each time my dad said this, I was reminded of who I was compared to everyone else, what I could and could not do, and what I should or should not do. While I might not have liked it at the time, that difference was necessary for me to realize what I thought I wanted and what I actually wanted. Dads are some of the best "Siri's" in this world, even when we don't think we need the directions.

This one's among the more confusing. What is 'it'? Where is this coming from? Why did you tell me this when I was right in the middle of complaining about how my boyfriend never brings me on cute dates anymore and how we only go to Applebee's now?

I constantly shift back and forth between surfer dude-chill and soap opera-dramatic; when I'm really feeling the soap opera side to me, I tend to blow situations out of proportion. That tiny chip in my nail polish? Have to re-do my whole manicure. Misspelled a word while writing in pen? Scrap these 10 pages of notes and start over. I have a talent for turning anything into the apocalypse. That's why this quote was more of a godsend than I originally thought it would be.

My father seemed to have a knack for whipping this out when I was in the middle of a meltdown. Of course, I was too distraught to process it in the moment, but looking back I'm able to realize the truth to it: what's one little chip in a full set of nails? What's one scribble after pages and pages of perfection? And, who cares if Applebee's is all there is to do? They've got half-priced apps after 10!!

This one of my dad's quotes can be tied in with the phrase "pick your battles": making something out of nothing is a waste of time and energy, especially when that something has to be resolved. What I was spending my time, money and emotions on wasn't worth it. It's important to realize that everything you need is often right there in front of you.

Ladies. We've all heard this one before. If we had a nickel for every time our dads told us this, we'd probably have enough money to buy the nun outfits they wish we'd wear.

But while it does put a damper on the start of your night, there's always a reason when they say this. It's important to remember that our dads were once our age (however many eons ago that was), and that they were once just like the boys we run around with now. And we all know how downright sh***y those boys can be. Your dad may be the nicest man in your life right now, but he once thought like the boys that break our hearts, make us cry, lead us on and fool us once, maybe even twice. He knows what they want, what they look for, and what they like, so our dads know when those boys will try to sneak up on us. Our dads don't want us to give them any reason to do that.

As the protectors of our hearts, they don't want to see us heartbroken, crying, led on and fooled; that means they failed at their job. So, when we are told to march back up those stairs and put on something else, they're just doing what they've promised to do since the day we were born: keep us safe.

Ah. The big one. This not only ends wars, but starts them too. There are endless ways to interpret this, but I think it's safe to say its true meaning is mostly heard as, "I don't understand the girl stuff."

Let's face it: dads are hard to beat. But they say if you can't beat 'em, join 'em, and now that you understand them a little better, maybe joining them isn't half bad.