Two Hundred And One

Two Hundred And One

In a Super Bowl 36 rematch that saw Tom Brady capture win number 201, the Patriots finished there play against the NFC West with a win over the Rams. 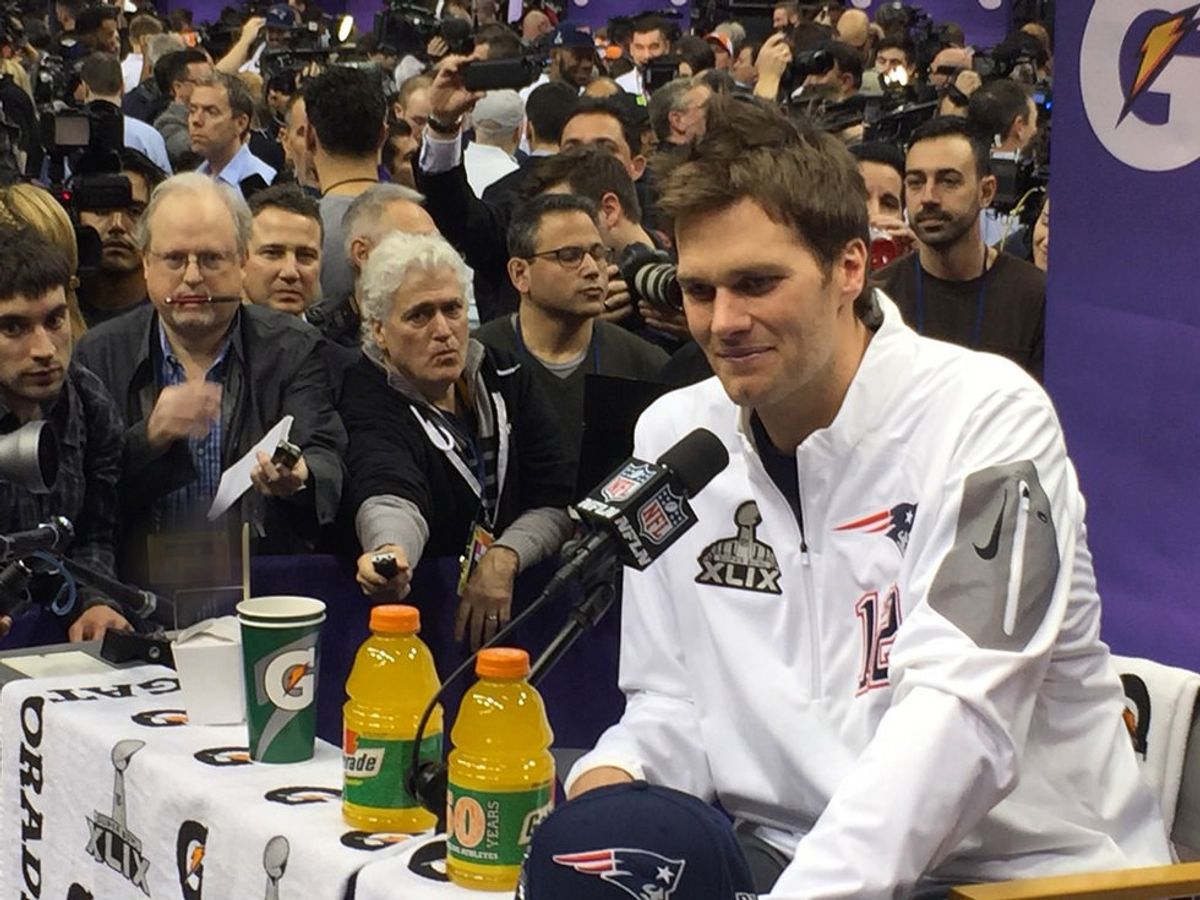 It wasn’t the prettiest win, but the New England Patriots defeated the Los Angeles Rams at home, 26-10. With the win, Tom Brady has the most wins of any NFL quarterback in the history of the league, at 201.

The Patriots running back core lead the offense, with LeGarrette Blount rumbling for 88 yards and a touchdown. Tom Brady threw for 269 yards, with a nice touchdown pass to Chris Hogan.

Jared Goff continued to get pummeled in the pocket, with his offensive line doing little to protect him. He didn’t get much help from Todd Gurley, who only ran for 3.5 yards on average. Goff threw two interceptions, and one touchdown to Kenny Britt. Britt had a lot of drops during the game.

The Patriots have now fallen to the number two seed in the AFC due to tiebreaker regulations, while the Oakland Raiders have moved to number 1 (both teams stand at 10-2). The Raiders have a difficult schedule, facing both the Broncos and the Chiefs. The Patriots will face the Broncos themselves, as well as the Miami Dolphins and Baltimore Ravens. It will only be a matter of time before we know how the seeding will end up.

The Rams, who have resigned Jeff Fisher to a two year extension (though it’s not guaranteed he will end up coaching), must really like early draft picks. The Rams only converted 1 out of 12 third downs.

Stats of the Game

The Patriots had four sacks on the day, which is one of the best days the defensive line has had all season. Chris Long was able to get some revenge against his old team.

The Patriots were once again able to recover there fumbles, recovering the only ball they lost on the day.

Julian Edelman, who has not been very good at finding the endzone this season, had over 100 yards on the day. Edelman has always been reliable, but lately it has looked as if him and Brady had been disconnected. His longest catch of the day was 32 yards.

The Patriots have lost Rob Gronkowski for the season, and it looks like Danny Amendola will be out until playoffs. Gronk, who originally was thought of being fine after leaving the game against the San Francisco 49ers with a back injury, had season ending back surgery and was placed on injured reserve. He is dominant, but it seems impossible for him to stay healthy. Madden curse, anyone?

Amendola suffered a high ankle sprain against the Rams, and isn’t likely to return until January. While this isn’t the biggest loss in the grand scheme of the Patriots offense, that hole will have to be filled by one of the other Patriots receivers. Malcolm Mitchell, maybe?

Brady notched his 201st win, surpassing Peyton Manning for the quarterback with the most wins. He truly is the greatest of all time.

The Patriots will take on the Baltimore Ravens at home during Monday Night Football. The game, which will kick off at 8:30 PM Eastern Standard time, will be broadcast nationally on ESPN.